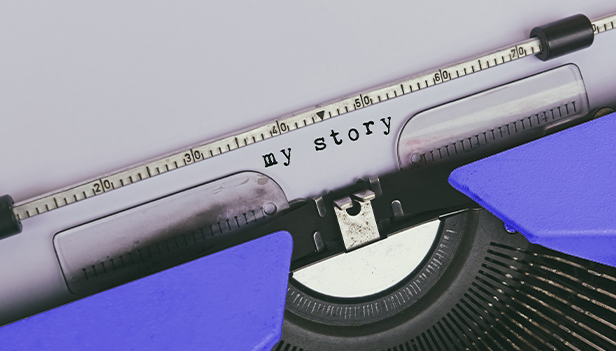 Novelist and poet George Meredith called memoirs “the backstairs of history.” But how do authors persuade readers to follow them down those stairs?

Writers wrestle with this and many other vital questions when deciding to turn their sprawling life stories into enticing autobiographies. Here, two Indie authors who produced memoirs that won Kirkus Stars share their views on the genre’s thorny challenges.

Panthea Reid, a professor emerita and the author of Body and Soul, advises: “If your recollections of your life’s escapades prompt people to say, ‘You should write your memoirs,’ maybe you should. But first, reflect on what you want to write and why.”

Stories, she asserts in a recent email interview, aren’t memoirs, and while they use novelistic techniques, autobiographies are not fiction. “After James Frey’s memoir was revealed as largely fictionalized, he was given a public scolding by Oprah Winfrey. Since then, fictionalizing a memoir, or part of one, has become even more of a public disgrace.”

Reid’s path to Body and Soul began when her husband, John Fischer, a leading scholar on Jonathan Swift, died of a mysterious respiratory illness, “ending our 40-year love affair.”

She started keeping a diary, “an honest record written mostly as an attempt to recover my sanity.” As the diary evolved into a memoir, Reid realized that she had certain autobiographical obligations: “I wanted to write only about John and me and our daughter. To provide context for our wonderful marriage, however, I had to tell about my previous one, my son, and my messy divorce. I wrote a minimal narrative about my past, including information about my first husband’s snatching our son from me.”

Then Raquel Pidal, her editor at Wild River Books, asked, “How did that make you feel?,” and Reid admitted that she had hoped to leave out the traumas of that chapter of her life. She then recalled advising a friend to include her own honest emotions in the memoir she was working on. “I realized that Raquel was telling me to do the same thing.”

For Karen Trollope-Kumar, personal journals supplied a wealth of material for her book, Cloud Messenger, which focuses on the 11 years she spent in the Himalayan foothills working as a doctor with her Indian husband, Pradeep, a pediatrician. (The two first met in India in 1981, when she was a Canadian medical student.)

The journals “gave me plenty of details about daily life and the sequence of events,” she explains in a recent email interview. “That documentation proved to be invaluable when I was writing the manuscript.”

She found that so much happened in that period in India that she had to carefully choose which incidents to include that would fit into a narrative arc. “Although each event I wrote about was true, sometimes I adjusted the timelines of events slightly” to make the account “flow more smoothly.”

Trollope-Kumar recalls that while writing Cloud Messenger, she struggled to find her voice. “Would it be a detached, medical voice? Or would it be a much more personal voice? In the end, I decided on the personal voice, and my readers have appreciated this.”

Tips for Your Own Memoir

Reid, reflecting on her experience of transforming her complex journey into a book, developed some do’s of memoir writing:

The things to avoid, according to Reid—who is now writing a food memoir with recipes—include complaints, extraneous histories, grudges, resentments, name-dropping, snide remarks, and bragging. “Delete jokes or even truths that need not be told if they would hurt another’s feelings, especially if they are not relevant.”

She notes that in Body and Soul, she explains that the best grief memoirs “provide both a powerful feel of the person lost and sharp insight into the writer herself.”

“In other words,” she adds, “a grieving memoir is both biography and autobiography. We write and read about losses when they are in some way arresting or unusual: early deaths, wrongful deaths, unexpected deaths, shattering deaths, brave deaths risking odds, even enabling deaths. In any case, their impact on the memoir writer must be meaningful.

“And that, finally, is what memoir writing is about: the impact of the world on the self. Only try writing one if you’re willing deeply and honestly to explore that impact.”