Six Tips for Adapting Your Book for TV or Film 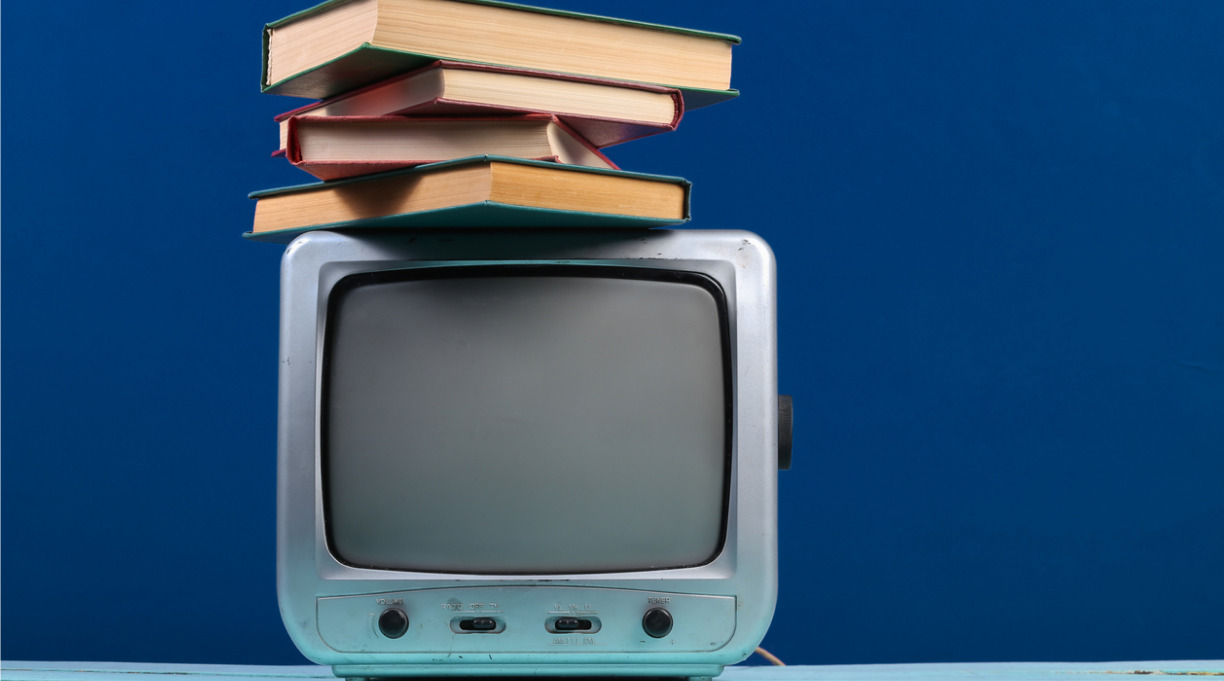 As more and more authors enter the publishing world—there were roughly 1.5 million new titles published globally in 2021—gone are the days of releasing a book and letting it sell itself. Now authors are expected to navigate and master the many levels of hell known as social media, marketing, sales, and publicity.

This, of course, means that authors are constantly on the lookout for new ways to promote their books and increase sales so that they can continue to write. And over the last few years, with streaming services pretty much taking over every television, TV and film are emerging as new opportunities.

The demand for new and original content is through the roof, and books are being adapted to TV and film to meet those needs—which is amazing news for anyone who writes books.

If you’ve been thinking about adapting one of your books for TV or film, we’ve compiled some tips to help you get started.

Take a good look at other adaptations.

The constraints and limits of writing for television and film are many. It’s an entirely different discipline, and for that reason alone, it pays to do your homework. Start reading screenplays and pilots of adaptations that are currently popular, especially if there are stories that fit your genre and potential audience. Familiarize yourself with both the books and the scripts, and compare the two. How do they differ? What was kept in? This is a great way to set your expectations in terms of what might be expected from you but also see what structure still remains.

Identify if your book (or series) is a good candidate.

Not every book is destined for the screen or even the television. Producers and directors are always looking for books with specific characteristics that indicate they might be a good candidate for adaptation.

“Through long and sometimes painful experience, Hollywood buyers have discovered qualities that, while they may not guarantee series success, certainly make success more likely,” writes John Robert Marlow in Turn Your Book Into A TV Or Streaming Series. “And so whether your series proposal is being looked at by an agent, manager, producer, actor, director or studio executive, you can rest assured that they are ticking through a mental checklist as they go.”

According to Marlow, there are key characteristics they’ll look for, such as how pitchable your concept is, whether the characters are relatable, how emotionally compelling your story arc is, and key facets like tension, structure, length, and budget. Try your best to look objectively at your book for strengths and weaknesses. Identifying them—and noting any changes—will help strengthen your pitch.

How to Turn Your Book into a Screenplay in 11 Steps suggests that authors (or writers looking to adapt someone else’s work) come up with a logline in order to start their pitch. It is surprisingly difficult to distill a series or an entire book into a descriptive and concise logline, but when effectively done, it can open up enormous opportunities. In much the same way businesses should have an elevator pitch, the logline must handily outline the story and characters in a way that is compelling and exciting.

“It may seem daunting to reduce a full story to such a short summary but suffice it to say that all films, even major Hollywood blockbusters, once started as loglines pitched to producers and financiers.”

One of the wonderful things about books is that authors have the potential to keep rigid control over what the reader experiences. Explanations and background are easy. But unless you’ve got a super creative and clever take on your voice-over (like in Stranger Than Fiction), these can end up looking trite, overused, and really awkward.

“Since a movie can’t flat-out tell you what the hero is thinking, it has to be very specific with its images and sounds to let you know what’s going on inside a character’s head,” writes John August in The Essentials of Adaptation. “Now for the terrifying truth: a screenplay is the worst of both worlds. It’s a work of literature that has to conform to all the limitations of a movie, yet without any of cinema’s special abilities. That above all else is why screenwriting is so hard.”

According to Graham Yost, Justified’s developer and showrunner, one of the biggest challenges with adaptations is deciding which storylines, characters, and details you keep—and which ones you toss.

“You put it in, and then you see,” Yost told Vox. “You’re supposed to have a 50-page script and you’ve got an 80-page script. It’s like, ‘Well, something’s got to go.’ It really becomes the old line, you know, ‘Kill your darlings.’ That’s very helpful. ‘Okay, what do you love the most? Let’s see what it’s like [without that].’”

Marlow agrees. He refers to it as a Low-Fat Story, where anything nonessential is immediately chucked in order to accommodate a short and often fast-paced TV show or film. “There is no time for digressions or detours that are not vital parts of the characters’ emotional journeys or relationships, or of the plot itself (and preferably both). Does a character visit the same place three times? Can you make that two, or one? Does a character piece something together with information gleaned from five different characters? Can you condense those five characters into one? Maybe not, but it’s important to ask—and answer—such questions yourself before someone else does, and wonders why you didn’t take care of this yourself.”

Be realistic about your chances . . . and the money.

One of the most exciting moments for an author is if their book or series is optioned—that is, a studio buys the rights to turn your work into a film or TV series. But when this happens, there are a few caveats that should deter authors from immediately rushing out and setting up financing for a sweet new sports car or pool. For one, optioning is often only for a set period of time. There are no guarantees, and many projects don’t see the light of day.

“A lot of times what happens is that things get optioned and then they just sort of linger in development forever, meaning that they’re still trying to get a star attached or they’re trying to get a director or the right script,” bestselling author Nicola Yoon told Marketplace in How do books get adapted into movies?

Marlow points out that for authors who aren’t as well known, being optioned doesn’t always come with a hefty check, either. “Unless you’ve already hit it big as an author—really, really big—the amount of money (and especially up-front money) you get for rights alone will be small, and you will likely have little or no involvement in the ongoing series (which again means less money).” However, he says, taking the time to address any questions a studio might have in your proposal (who will write the script, what parts are kept and/or tossed, what needs changing, and even how much time and money it could take) could pay off big dividends for authors and writers.

“When you walk in the door with the finished proposal, all of those questions go away. If they like it, they option or buy it. The closer you can get them to the finish line—the easier you can make their job—the more they will pay you . . . Simply put, the longer the series goes on and the more involved you are, the more you make. It can, in the best cases, be the difference between thousands and millions.”