Six Movies That Will Make You Want to Write 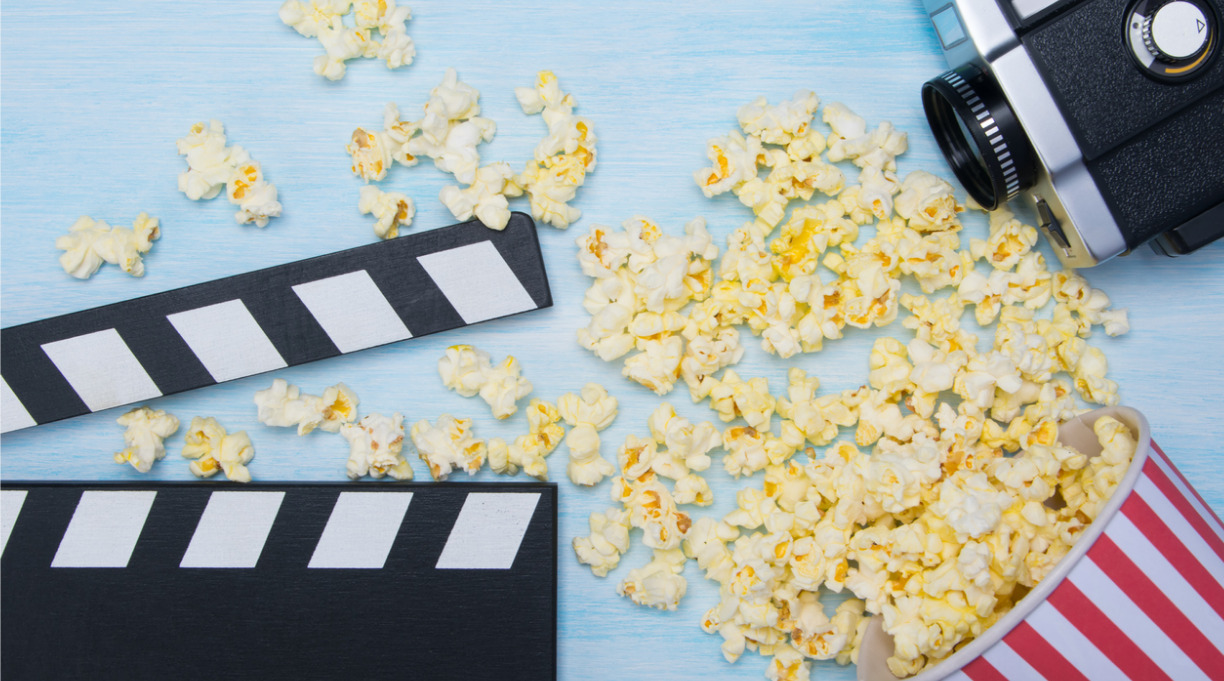 As writers and authors, we often look to books for inspiration, but a great movie about writing that reflects our own challenges and triumphs can also inspire us and remind us why we love to write.

There are a lot of movies about writing, but here are some that make us want to sit down and hammer out a story of our own. (A shout-out to Misery, not included on this list, which reminds us that being a famous writer potentially has a very, very dark side.)

Before she became the Jane Austen, Jane was a struggling author trying to eke out a living through her pen. Don’t let the romance aspect of this movie fool you (even if it is James McAvoy, because yes, please). The movie captures the humiliation of criticism after being petted and indulged by family and friends, being told how to be a good writer by someone who isn’t one, and suffering the utter pain of editing, revisions, and just trying to get it right. But mostly, this movie will resonate with anyone whose loved ones have desperately tried to dissuade them from their career. There is no moment more sharply poignant than Jane’s father trying to acquaint her with the reality of her dreams.

Best Quote (from Jane’s father): “Nothing destroys spirit like poverty.”

The screenplay for the Coen brothers’ comedy/thriller/noir reportedly took three weeks, and yet it covers a massive swath of themes. In 1941, writer Barton Fink holes up in a cheap hotel, desperately trying to write a Broadway play. The film is grim, stylish, and uncomfortable. For writers, it eerily captures the frustration of interruptions, the joy of procrastination, and generally the feeling that in your world, everything is dark, dank, and somewhat miserable. The film also conveys the sometimes numbing pain of working in the creative field.

Best Quote: “I gotta tell ya, the life of the mind, there’s no road map for that kinda territory, and exploring it can be painful.”

The character of Jo March has always had a soft spot in a lot of writers’ hearts. A nonconformist with a steady sense of adventure and a flair for the dramatic—who didn’t relate to Jo on some level? Jo loves to write and scribble and come up with fantastically histrionic villains and plots, but a big part of her journey is when she passes over the melodrama to find her real writing voice. We’re opting for the more contemporary retelling of this story because Jo’s struggle with her craft—and her editor specifically—is pretty much all of us at some point. We will be asked to write what is popular over what is true to our souls. We will be asked to cut those passages we love most, and we will always have to keep an eye on how much we make in order to keep food on the table.

Best Quote: “If I’m going to sell my heroine into marriage for money, I might as well get some of it.”

I know, I know. We said we were listing movies, but this brilliant TV series deserves a place on this list. Michaela Coel wrote, codirected, produced, and starred in this sharp, unsettling series that’s threaded with humor and trauma about a writer who’s trying to process her sexual assault, navigate her fame, and walk the fine line of social media and life—all the while not writing her next contract book. This isn’t the easiest show to watch, and yet it sneaks under your skin and into your bloodstream, haunting your brain. It also creates some serious start writing moments. And yet you still keep watching.

Best Quote: “Prior to being raped, I never took much notice of being a woman. I was busy being Black and poor.”

All you really need to know about this movie is that it was written by Charlie Kaufman and was directly about his own struggles with adapting a screenplay (reportedly Susan Orlean’s The Orchid Thief). Biting, hilarious, and fantastically bizarre, Nic Cage stars as Charlie Kaufman, an anxious screenplay writer struggling to adapt a novel. He’s trying to create art, and the more he struggles, the more the work seems to elude him, driving him closer to the brink. Meanwhile, his confident brother is killing it in the same industry, penning blockbuster thriller screenplays. When Charlie asks him for help, everything changes—not just in Charlie’s life but in the pace and tone of the movie itself. The film is super meta, fun, and one of the most creative approaches to facing writer’s block.

Best Quote: “You are what you love, not what loves you.”

This biopic about legendary Hollywood screenwriter Dalton Trumbo—who was blacklisted for his activities as a member of the Communist party—is everything you could want (and sometimes hate) about a man whose writing gift was touched by the gods. When Hollywood shut him out in the 1950s during the McCarthy era, Trumbo refused to be beaten, still penning screenplays, including Roman Holiday (under the guise of a friend), The Brave One (under a pseudonym), Spartacus, Johnny Got His Gun, and more. The man wrote more than forty screenplays and made writing from the bathtub avec cigarette look like an absolutely viable writing choice. You’ll hate him for his seeming bursts of brilliance, but he also makes you want to persevere just that much harder.

Best Quote: “What the imagination can’t conjure, reality delivers with a shrug.”