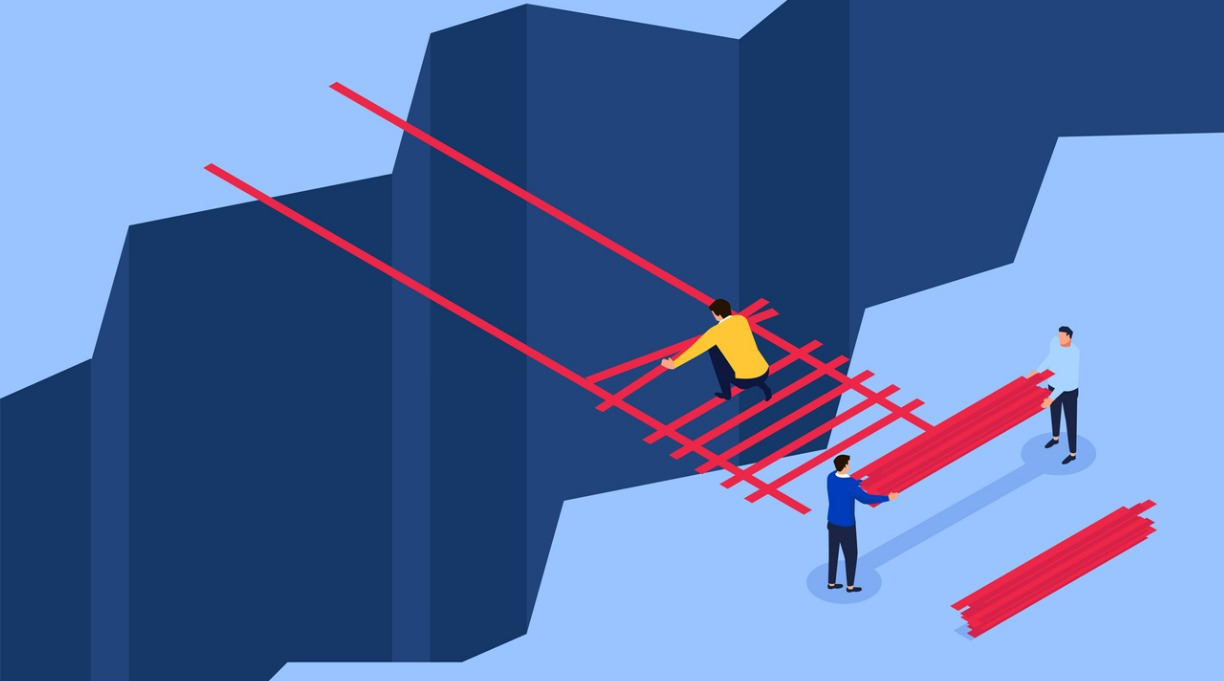 For authors, one of the biggest challenges of the pandemic is self-promotion. Traditionally, book launch days have always been about author appearances, signings, events, and being in the public eye. But in March of 2020, just as the pandemic was beginning to shut everything down, many authors (including bestselling ones) watched in horror as their book launches were delayed, postponed, and even canceled.

Some authors collapsed in on themselves, while others rallied as best as they could. But bestselling authors Mary Kay Andrews, Kristin Harmel, Kristy Woodson Harvey, and Patti Callahan Henry decided to take matters into their own hands. They created the Friends & Fiction group, a live show every Wednesday evening to support indie booksellers. Listeners could tune in and watch or listen to interviews from well-known authors (including Jodi Picoult, Chris Bohjalian, Etaf Rum, and many more), as well as get expert tips, advice, and support.

“It started out of desperation,” Andrews told Publisher’s Weekly in a Q&A. “In March 2020 we all had spring/summer releases scheduled—and suddenly the whole world was on lockdown and publishers pulled the plug on book tours. We needed to find a way to promote our books. And we needed a way to help all the indie bookstores who were such a big part of our success from the start of our careers.”

What started as Zoom drinks with a few authors quickly turned into a discussion about creating a live chat for readers and then plans for a show.

Harmel told Publisher’s Weekly that they planned to do seven episodes because they thought everything would be back to normal by then. “By mid-May, though, it had become clear that the world wasn’t going to be back to normal for a long while,” Harmel said. “And in the meantime, our community began to grow exponentially. We had tapped into something—a sense of togetherness, camaraderie, community.”

The group has flourished since then, with their Facebook group boasting more than fifty-seven thousand members and thousands more subscribed to their YouTube channel and newsletter. They’ve also started a book club, a magazine column, a podcast, and more. It’s been a resounding success.

But for these authors, it’s not about the numbers or the success of the group so much as the relationships that have resulted from it. Fostering that sense of community and support was paramount, and for these bestselling authors, friendship and openness really made the show stand apart.

“I’ve been surprised and moved by many moments of deep, personal honesty, from bestselling author Charlaine Harris talking about her own sexual assault, to Vietnamese poet and author Nguyen Phan Que Mai discussing the deaths of her grandparents during the Vietnamese land reform and the Vietnamese great famine,” said Harmel in Publisher’s Weekly. “Most of our episodes include at least a few minutes of vulnerability, in which we genuinely see our author guests at their core, and I think that as both readers and human beings, being able to understand each other in such a deep way is such a gift.”

This closeness and vulnerability hasn’t been the only surprise. For Harvey, there were more lessons to be learned—including that when the world went sideways, there were still ways to connect to readers. “In terms of book promotion, this group started out of a panic about how to promote books during a pandemic,” she told Publisher’s Weekly. “And during a time when we couldn’t tour or travel, something all of us have relied on heavily for book sales, we were able to not only sustain the audience for our novels but actually grow them. What this shows me is that online promotion works when the connection is authentic.”

For these authors, it was important to highlight indie booksellers at a time when businesses took a major hit. Harvey pointed out that indie booksellers and librarians were often an important and necessary part of promotion. But more importantly, libraries not only support and encourage literacy, but they often feature authors and books, which helps authors expand their reach.

“So many readers don’t recognize all the amazing services their local libraries offer—e-books, audiobooks, live events, even home delivery in some places,” said Andrews in Publisher’s Weekly.

Having just celebrated their one hundredth episode, Friends & Fiction is now looking forward. As the situation shifts in terms of group meetups and gatherings, these authors hope that they’ll be able to evolve the group accordingly. “I’m certain that as the world continues to change, things will change for us, too, and we’ll grow, adapt, and rise to meet the challenges that come our way,” said Harmel.

With authenticity, grace, and openness—and friendship and humor—this group will continue to forge on, gathering fans, readers, and authors, and creating a space in the writing community.

“What unites us is a love of story,” says Harvey in Publisher’s Weekly. “Maybe because it started during the depths of the pandemic, or maybe because we all work to make this a positive environment focused around a shared passion, the community keeps growing by leaps and bounds . . . Where once it was about supporting authors and independent bookstores though the pandemic, now it’s also about this community and how to foster our passion for the written word.”