A YA Author Tours the Dark Side of Silicon Valley 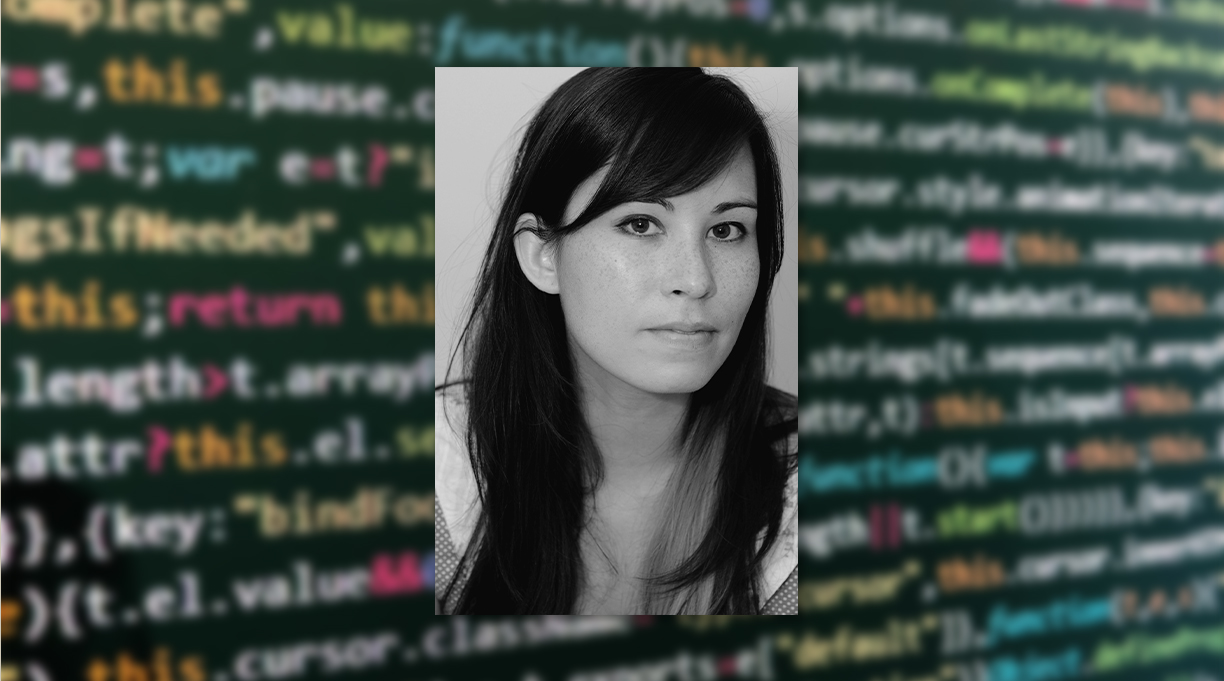 In Yvonne Woon’s If You, Then Me (Katherine Tegen/HarperCollins, July 6), Xia Chan, the Worcester, Massachusetts, daughter of a Taiwanese immigrant single mom, is one of 20 teen app designers chosen from thousands of applicants to attend the Foundry. This exclusive Silicon Valley high school program, run by legendary game company founder Lars Lang, grants one winning coder $1 million in seed money. For lonely, introverted Xia, whose mother works long hours to (barely) keep them afloat, this is an unimaginable opportunity. She’s invented Wiser, an AI app that harvests an individual’s data to advise them in the guise of their older self. Her only other confidant is ObjectPermanence, an anonymous boy she’s fallen for online.

Xia is at first overwhelmed by the Foundry’s luxuries, her wealthy classmates’ poise, and California’s Technicolor pleasures. Things get more complicated for Xia when tech bigwig Mitzy Erst discovers her. She also starts to suspect that ObjectPermanence is attending the Foundry, too: But which boy is he? Sleuthing to uncover his identity and keeping up with glamorous Mitzy throw her off kilter. The blend of romance, intrigue, social commentary, and high-tech themes make this novel an absorbing, thought-provoking, and timely read. Woon spoke with us over Zoom from her home in Atlanta, Georgia; the conversation has been edited for length and clarity.

This is your fourth book for teens following your Dead Beautiful paranormal romance series. What do you enjoy about writing YA?

I got an MFA thinking I would write for adults; I still want to, but here I am, and I like it. When I was a teen, I spent a lot of time trying to figure out who I was. It’s such a formative time in a person’s life: You’re trying on different personalities and trying to figure out what kind of person you want to be. I like writing for teens because they’re in that stage, but I also like writing about teens [because] they are both the most confident people in the world and the least confident. I had way more confidence [as a teen] than I will ever have in the rest of my life, but I also was so scared and didn’t know my place in the world.

Teenage girls are fascinating because we attribute so much power to them. We oversexualize them, we put all these pressures on [them]—it’s totally inappropriate—but then we give them no power. I find that dichotomy really interesting. Also, teenage girls [are] the ones who are playing with language; they’re the consumers and the fans of art; they’re the makers and the consumers of music; they are what drives popular culture. Teenage boys are interesting to me in a different way, in that we police [them] in ways that are less talked about. What is the appropriate way to be a man? What is an appropriate way to be masculine? So much of how we treat teens leads to what adults become.

I understand you were a dog walker in Silicon Valley. Did that experience plant the seeds for this book?

Dog walking got me in people’s houses and [in] their lives—not that I was doing any kind of investigative undercover reporting, but it was an interesting way to get to know a place. I moved with my boyfriend, now husband, who got into law school there. I was writing on the side, and dog walking was one of many jobs I had, but it was by far the best. I knew when I moved to Silicon Valley that I wanted to write about it in some way, but I wasn’t sure how. I wasn’t working for Mark Zuckerberg, but I was working down the street. It was fun to see the tech executives’ houses, to meet them, to see how they lived. I had never spent any time on the West Coast. It really felt like entering a portal to a different dimension: the weather, the optimism, how everyone was just about to sell an app. It felt like money grew on trees, like a man-made paradise. Everyone [there] is trying to save the world, but you can tell who they are by what they think is important to fix and save; so many are White, male, wealthy people. As in every field, women aren’t in positions of power and controlling money. Tokenism creates this competitiveness where you feel like there’s only one space for a bunch of you; especially [for] women of color, the tokenism is extreme.

Did you start with a character or the concept? Xia is such a vivid, unexpectedly hilarious, and truly memorable personality.

I started with the concept: You always hear the story of a person who dropped out of school and made it big in Silicon Valley, but if you really think about it, it’s a teenager who’s given vast amounts of money and responsibility and expected to know what to do. I was trying to think about what character would be most interesting to see in that setting. Part of the allure of tech is this sort-of lie that anyone can enter based on merit: If you have a good idea, if you’re a young genius, you can make it there—and it isn’t untrue, but as [with] the idea of meritocracy in America, it’s not completely honest. I thought it would be most interesting to explore someone the tech world wasn’t built for: a woman and, also, a non-White woman. I’m Chinese American, so it just felt natural to write about an experience that was close to my interior life; she’s not me, but there’s overlap.

The Wiser app is so compelling. If it really existed, what would older Yvonne tell her younger self?

As a teenager, I spent a lot of time trying to be and wishing I were someone else. I grew up in a very White community. There was one other Asian American person, and we were always getting mistaken for each other even though we looked nothing alike. I grew up trying to be more White, less Asian—trying to be someone that I could not ever be. If I had Wiser, I hope that she would tell me that trying to please other people is never going to work. Trying to create a version of yourself that fits with what other people want you to be is not going to be an authentic version of who you are. I would also hope that she would tell me that lots of people try on different versions of themselves, and it’s OK to not get it right the first time; keep trying to find the best version of yourself even if you stumble on the way and make some mistakes. [In] a lot of books that I read about teenagers, it seems that the characters are so fully formed, and that never seems true to my experience. I never felt that I had a strong sense of who I was and my place in the world, and so I would hope that Wiser would tell me that that was normal, to keep trying.