Neanderthals get no respect. 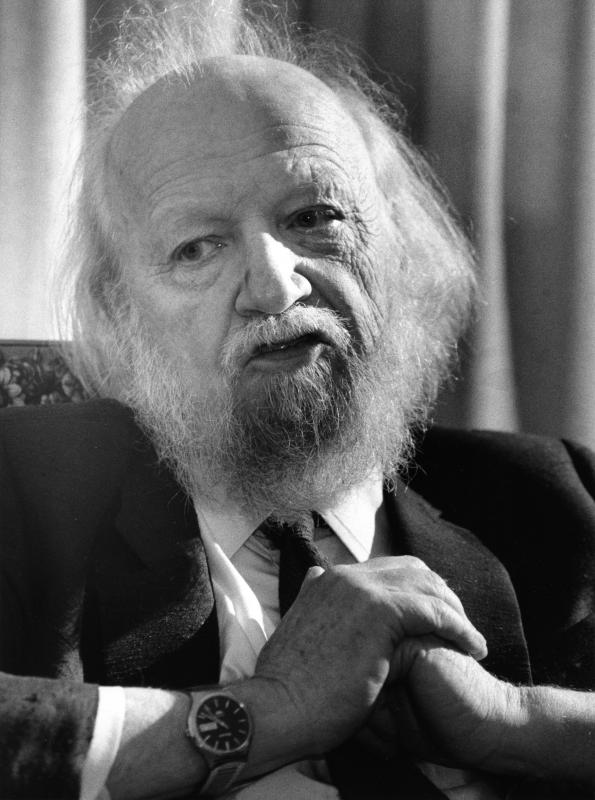 Neanderthals get no respect. Just try calling someone a Neanderthal, and you’ll see. The very name has been a byword for backwardness, conjuring up an Alley Oopish simpleton who, red hair ablaze and prognathic brow furrowed, is on the fast track to extinction—and, of course, has no idea that the Grim Reaper resides just a cave or two away.

Fresh from Lord of the Flies (1954), a novel that insistently argued that civilization is just a hair north of savagery, the English novelist William Golding decided to explore that notion a bit more with his second novel. Published 60 years ago, The Inheritors opens in a primeval setting straight out of the earlier novel, but with a twist: we are tens of thousands of years in the past, and the first character we meet is a fellow who is very

often puzzled by the things he encounters in the world. The first of them is a log that has gone missing. His mate looks accusingly at him when he voices his puzzlement, to which he replies, “No, no. I did not move the log to make the people laugh. It has gone.”

So Neanderthals have a sense of humor, too. But more: even though they bear monosyllabic grunts for names—Lok, Fa, Nil, Mal—the grown-up Neanderthals of The Inheritors have talents that few modern humans share. For one, they are preternaturally sensitive to changes in their environment, whether missing logs or a snapped twig. But more important, they have the ability to communicate silently, not by sign but telepathically; they share, Golding seems to be telling us, a group mind that valued each hominid that contributed to it equally, without the caste and the class that so dominated the England of the author’s time.

The Neanderthals are evolving; we can tell this by the simple fact that one of the band’s children bears a two-syllable name. But no matter. People—real people, that is—arrive in their forested valley, and soon it is more than logs that go missing, and every premonition in the Neanderthals’ hyperactive consciousness points to the danger so aptly summarized by the oldest and wisest of them: “That is a bad picture.”

Themselves fresh from the bloodbath of World War II, Europeans of the 1950s found fascination and comfort in the sim pler time evoked in places such as Lascaux and Altamira, in the pre-technological Eden of the distant past. William Golding was less sure of all that.

We have learned a great deal about Neanderthals since Golding wrote The Inheritors, which he considered his best novel. We know that they buried their dead, and we hazard that they had some idea of an afterlife. We know that they followed the movements of animal herds and the stars, understanding these to be natural, regular processes.

And we know that Homo sapiens did them in, just as Homo sapiens now seem bent on doing in the rest of creation. Our knowledge of the fine details is deeper, but as for the main outlines of the story—well, no one has done it better than William Golding in The Inheritors, all those years ago.

Gregory McNamee is a contributing editor at Kirkus Reviews.