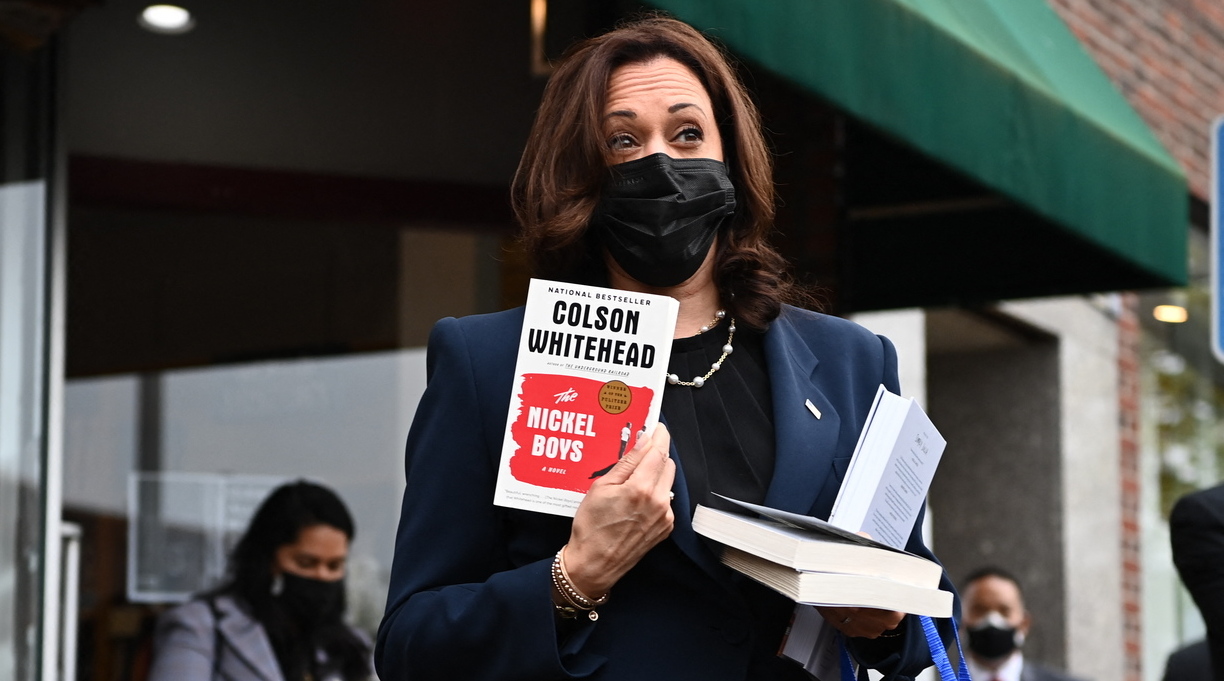 It turns out that Vice President Kamala Harris is a literary fiction fan.

The vice president made a visit to Books on the Square, an independent bookseller in Providence’s Blackstone Park Historic District, yesterday. Among the books she purchased was Colson Whitehead’s 2019 novel, The Nickel Boys, winner of the Kirkus Prize and the Pulitzer Prize.

She also picked up Ben Lerner’s The Topeka School, a finalist for the Pulitzer Prize and the National Book Critics Circle Award, and Ann Patchett’s The Dutch House, another Pulitzer Prize finalist.

Harris bought a cookbook, Julia Turshen’s Simply Julia: 110 Easy Recipes for Healthy Comfort Food, which means she might be whipping up some hasselback carrots with smoked paprika or black bean and corn tamale pie sometime in the future.

The vice president is known to be an avid reader. In 2019, she told Book Riot that her favorite books include Richard Wright’s Native Son, Toni Morrison’s Song of Solomon, and Amy Tan’s The Joy Luck Club.

Harris wasn’t the only prominent Democrat to leave Books on the Square with a purchase. Rhode Island Governor Daniel McKee visited the store with the vice president and left with a book by a certain California politician.