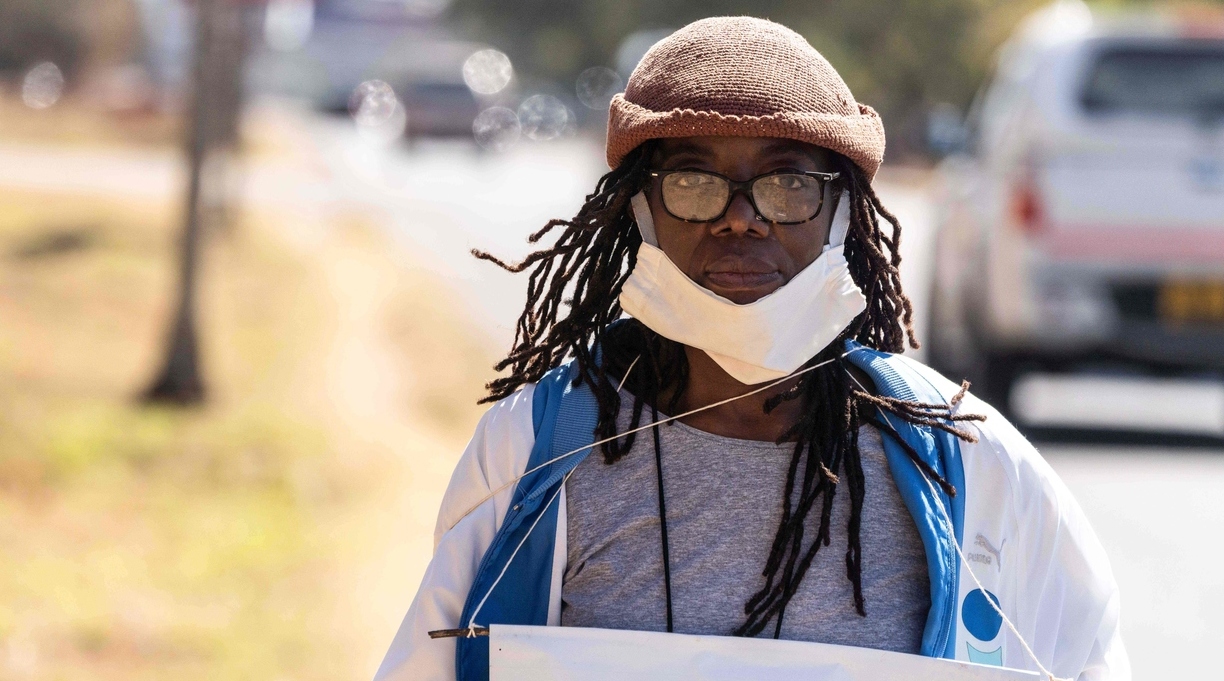 Tsitsi Dangarembga at a protest march in Zimbabwe in 2020. Photo by Zinyange Auntony/AFP via Getty Images

Zimbabwean author Tsitsi Dangarembga has won the PEN Pinter Prize, an annual award given by the nonprofit organization English PEN to an author who “casts an unflinching, unswerving gaze upon the world, and shows a fierce intellectual determination…to define the real truth of our lives and our societies.”

English PEN made the announcement Tuesday. Journalist Claire Armitstead, one of the prize’s judges, praised Dangarembga’s “unusual and exemplary career as a writer, filmmaker and activist, who has made things happen for other people as well as achieving in her own right.”

Dangarembga was born in Zimbabwe and raised there and in England. Her literary career was launched in 1988 with the publication of her first novel, Nervous Conditions, and she turned to filmmaking before publishing her second novel, The Book of Not, in 2016.

Her latest novel, This Mournable Body, was published in 2018 and shortlisted for the Booker Prize.

Dangarembga was arrested last year while protesting corruption in Zimbabwe.

“I am grateful that my casting—in the words of Harold Pinter—an ‘unflinching, unswerving gaze’ upon my country and its society has resonated with many people across the globe and this year with the jury of the PEN Pinter Prize 2021,” Dangarembga said in a statement. “I believe that the positive reception of literary works like mine helps to prove that we can unite around that which is positively human.”