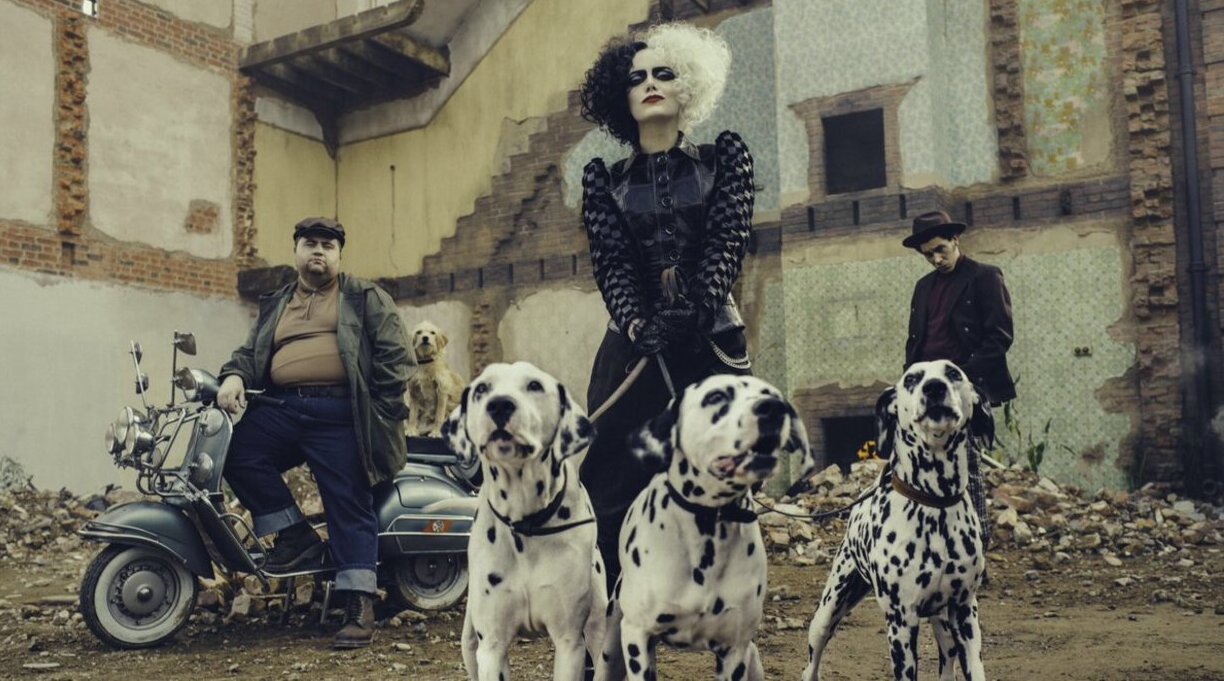 A new trailer has been released for the live-action film Cruella, which depicts the origin story of the villainous Cruella de Vil as she doggedly pursues fashion-industry success in a punkish 1970s London.

The movie, directed by I, Tonya’s Craig Gillespie, will act as a loose prequel to Dodie Smith’s popular 1956 children’s novel The Hundred and One Dalmations, which Disney adapted as a 1961 animated production and a 1996 live-action film. It stars Oscar and Golden Globe winner Emma Stone as Cruella and multiple Oscar and Golden Globe winner Emma Thompson as a new character, fashionista Baroness von Hellman. It’s set for theatrical release on May 28.

In Smith’s book, Cruella is a debt-ridden heiress who hires thieves to kidnap several dozen Dalmatian puppies, including the offspring of Pongo and Missis; she wants to fashion the young animals’ hides into a fur coat, but the dogs manage to foil her plan.

The author also wrote an odd 1967 sequel, The Starlight Barking, in which the dogs wake one day to find that they have the powers of telepathy and flight, and that all other creatures on Earth, including humans, have fallen asleep; Cruella is one of them. That book hasn’t been adapted for the screen, but Cruella has appeared in other, unrelated live-action and animated sequels, as well as a few TV series, including the hit ABC show Once Upon a Time. One of the new film’s executive producers is Glenn Close, who played Cruella in two films; she was nominated for a Golden Globe for the role in 1996.

Cruella appears to play a bit fast and loose with the original source material, and not only due to its timeframe. For instance, it renames its titular character Estella; “Cruella” appears to be a moniker that she embraces later on.

In print, Cruella is about to receive a direct YA prequel of its own: Hello, Cruel Heart by Maureen Johnson, which Disney Press will publish on April 6. It features Estella as a 16-year-old orphan thief in 1960s London who gets mixed up with rich acquaintances who take advantage of her fashion-design talent. “Estella’s complete naïveté in the face of wealth and sophistication is convincingly drawn,” notes Kirkus’ reviewer, “and her fashionista ability is fun and engaging.”