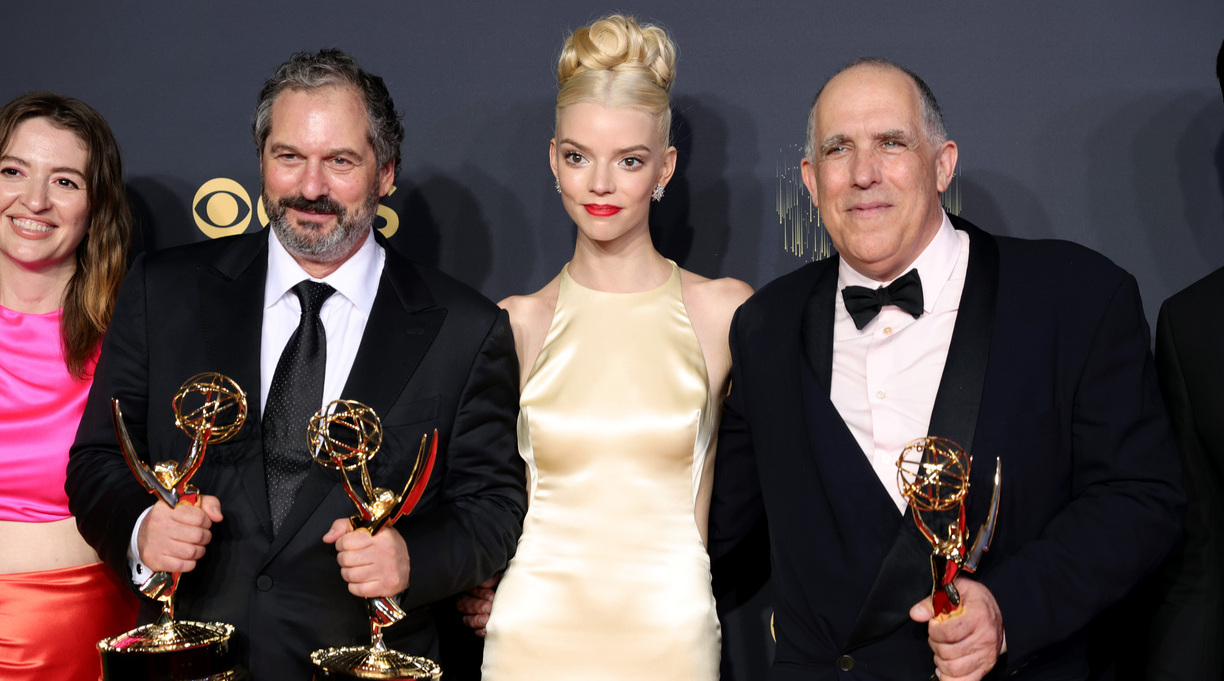 Television programs based on books had mostly disappointing results at the Emmy Awards on Sunday, with The Queen’s Gambit the only literary-based show to meet with much success.

The Netflix miniseries adaptation of Walter Tevis’ 1983 novel took home 11 awards, tying The Crown for the most prizes this year. The show won in the outstanding limited series or anthology category, and Scott Frank won the outstanding directing for a limited series or anthology. It also won prizes in makeup, production design, cinematography, costume design, sound editing, and sound mixing categories.

By contrast, Hulu’s adaptation of Margaret Atwood’s The Handmaid’s Tale was completely shut out, winning no awards despite garnering 21 nominations. As The A.V. Club notes, the show set a record for the most losses by one show in a year.

The HBO series based on Matt Ruff’s novel Lovecraft Country had earned 18 nominations, but only took home two prizes, none in major categories. Michael K. Williams, who died earlier this month, had been seen as a favorite in the supporting actor in a drama series category, lost the prize to Tobias Menzies (The Crown).

Williams’ loss was reflective of a greater trend: no people of color won major acting awards, despite comprising 44% of the acting nominations.

Ewan McGregor won in the category of outstanding lead actor in a limited or anthology series or movie for his titular role in Halston, the Netflix miniseries based on Steven Gaines’ Simply Halston.

Other book-based series to win Emmys include Showtime’s miniseries adaptation of James McBride’s The Good Lord Bird, which won for outstanding main title design, and Bridgerton, the Netflix series based on Julia Quinn’s novels, which took home the outstanding period and/or character hairstyling prize.