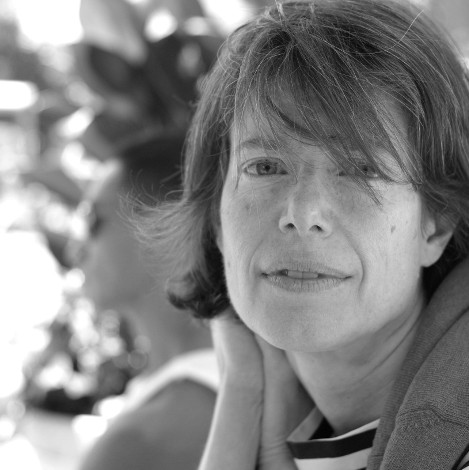 If someone told you that a book aboutbeing transgender hits stores this month, you might rightly assume that the book would feature at least one of the following phrases: “transgender access to public bathrooms,” “Caitlyn Jenner,” “Laverne Cox,” “North Carolina boycott,” “Obama administration directive about transgender students’ access to bathrooms,” or “Republicans sue Obama administration over school bathroom directive.” But none of those phrases appear in Susan Faludi’s In the Darkroom, which is being published this week. That’s partly because Faludi, who received the Pulitzer Prize in 1991, started writing In the Darkroom in 2004, long before the complex journeys of Americans who want to transition to their preferred gender identity became reduced in the national conversation to a debate about access to public bathrooms.

Faludi tackled the subject of transgenderism because her father, who was Steven Faludi at the time, asked her to write about his decision late in life to transition from Steven to Stefánie. Steven was an imperious, autocratic presence as Susan was growing up; in 2004, when he sent her an email saying that he had decided to undergo gender confirmation surgery, Susan had been estranged from her father for nearly 25 years. Could Steven have made the request of a more apt writer than his daughter? It seems unlikely: Susan is one of the most insightful writers working today on the subjects of gender and feminism (she is the author of Backlash: The Undeclared War Against American Women and Stiffed: The Betrayal of the American Man). Susan brings the same deep, reportorial insight to In the Darkroom that brought her acclaim for those earlier books. Except that in this case, the insight illuminates her quixotic father, who, after a career in America, returned to his native Hungary. From there, he emailed Susan asking her to write his story. Susan obliged, and then some: In the Darkroom is, in fact, about her father’s journey, but it also questions the rise of nationalism and the nature of identity. I talked with Susan recently as she was gearing up for the onslaught of personal questions about not just her father’s life, but her own.

Did your father get to read this book before he died?

It’s funny because I finished it in a readable form about a year before my father died, and I said, “It’s ready and I showed a draft to my editor and she loves it,” and my father’s reaction was, “Oh that’s wonderful!” And my father went around and crowed about it but never asked to see it. Which I’m still puzzling, one of the many puzzles of my father. And I’m not sure why. My father got ill about six months after; at that point, that’s where all my father’s concentration went, although she was still announcing to people that this book was coming out. In a funny way, what she cared about was being seen and perceived, and [she] wanted very much for someone to tell that story and picked me to tell it. I sometimes wonder that my father, maybe in a subconscious, way meant that as a gift: “you write the book you want to write”; my father always talked about it as the book that you are writing.

Early in the book you confess the thoughts you first had about your father when you landed in Hungary—that no woman would place her pocketbook on a cart like your father did, that her breasts didn’t seem real. Now that you’ve finished the book, do you still feel that shame?

No. That burned away pretty fast, I have to say. Even at the time, I was already interrogating myself about why am I—somebody who is a big believer in gender fluidity—why am I reacting this way? The whole business of dressing up, wearing makeup, that was something that almost became invisible to me very quickly; that was the easy part. The hard part was dealing with all the ways my father hadn’t changed.

My father had this habit of projecting a wall of sound, often about trivial things, to the degree that you wanted to run from the room screaming. I think my father was really struggling against the propensity to dominate and trying to rein in her anger with this vision of herself as being kinder, gentler, a feminine new identity, but the anger and flash floods of rage were still there. So all of that was difficult, and the biggest thing that was difficult for me was that we had been estranged for so long and all of the emotions that went along with that, like deep regret and shame on my part that I let it go so long. So all of that became much more of the difficult terrain for us to navigate. In a funny way, talking about what it means to be a woman was a common thread between us.

One aspect of the book that’s so admirable is that it could’ve been just a book about your father, but it’s a much deeper story about nationalism and identity, for example. When did it become apparent that your investigations of those topics would undergird this book?

It struck me fairly early on and certainly by the latter half of the 2000’s, by 2010 when Hungary had its big national election that shifted the country to the right, that I began feeling like every time I went to Hungary, I was doing two major searches for identity: my father’s on the gender front and Hungary’s casting about to reimagine itself from a communist to a capitalist state, ultimately to a neo-fascist state. My father referred to her sex change as “the change,” and Hungarians referred to the shift from communist to free-enterprise democrat as “the change.” The writer’s mind is always looking for that metaphor.

You obviously started writing this book before transgenderism became such a contested topic in America, but nonetheless, I guess because transgender

politics are so nasty right now, I was so pleased to see the humor in this book. You’re very frank about people’s bodies in this book, including your own. Had you felt from the beginning that humor was essential to this story, and if so, why?

It’s one inheritance of my so-called national identity that I have this morbid, gallows, Central European humor in my brain, a dark but mordant view of the world. I normallyfeel like there is something funny about sex and sexuality in all of its forms. Even as something that is deeply profound and essential to our beings. Something I hope we can all find amusing in ourselves.

Was your father able to laugh about her transition?

I think my father did have a humorous side about it all. I remember when we went into the synagogue and the shamus hands my father a shawl, and later we were talking about it and my father said, “My God, I didn’t know what this thing was! I thought it was a burka. I thought we walked into the wrong place!” Especially as time passed, that period right after my father had reassignment surgery, she was quite serious that everything had to be correct and her appearance had to be precisely “feminine,” and that shifted over time. My father’s ideas about being a woman relaxed a lot. In the last couple of years, the preoccupation with gender was eclipsed with grappling with what it meant to be Jewish, which I think had a lot to do with being at the end of her life. And she also started talking a lot more about her parents, which before had been a taboo subject. Which I think speaks to a central question I always had about the nature of identity and whether it was something you chose that was individual—that you saw as something you determined and honed—or whether it was something you inherited and something you couldn’t escape.

So what’s next for you? Maybe something a little lighter? A book about the circus or something.

This book had its circus moments. Or gardening. Something that doesn’t have a gender.

Claiborne Smith is the editor-in-chief.