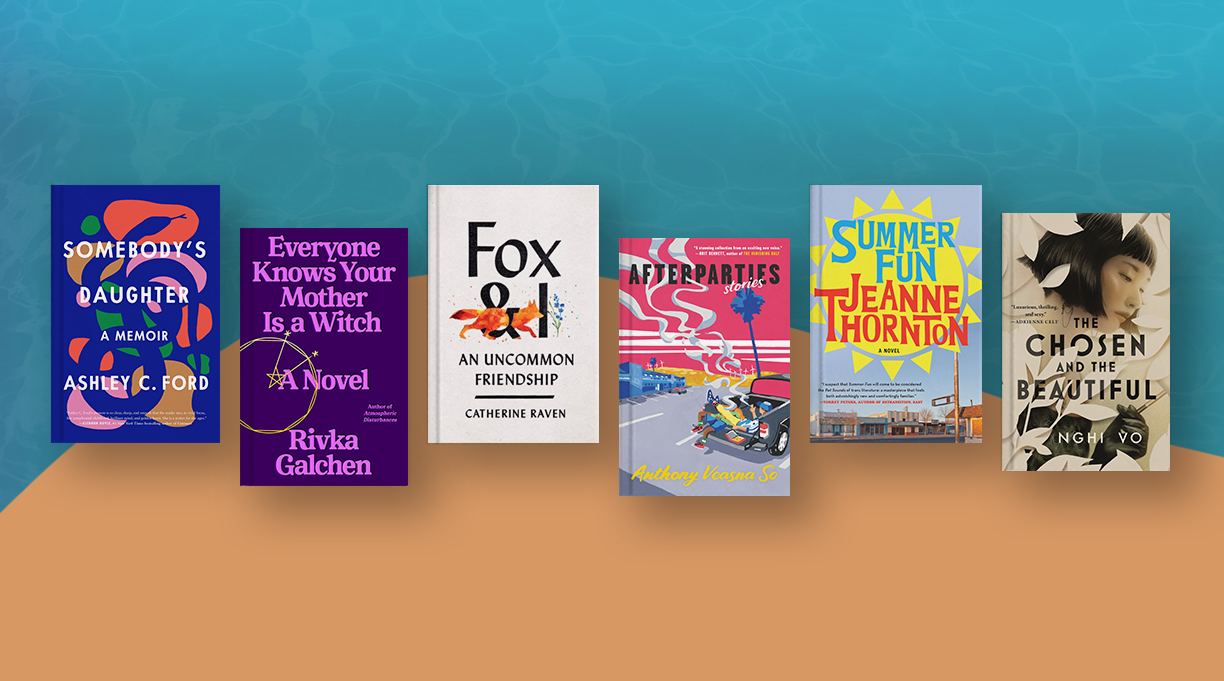 One of the advantages of being a book junkie is that our pastime knows no season—winter or summer, pandemic or no pandemic, we’re going to be reading. Still, the 13 weeks between Memorial Day and Labor Day have a special association with our pursuit. We have long, idle vacation days to fill up and pools and beaches where we can plant ourselves with a book. And if the rest of the world joins in? So much the better.

But a serious book junkie doesn’t approach the sport in a haphazard, whatever-book-falls-in-your-lap way. Reading lists must be drawn up. Here’s mine:

Somebody’s Daughter by Ashley C. Ford (Flatiron, June 1): “Sure to be one of the best memoirs of 2021” proclaims our starred review, so you can be sure this is at the top of my summer reading list. The first book from the writer known to many of us as @iSmashFizzle on Twitter recounts her difficult coming-of-age in Fort Wayne, Indiana, during which her father was incarcerated, serving a 24-year sentence. His letters to her became a refuge, but when he writes to let her know he is being released, she must confront a parent she doesn’t really know.

The Chosen and the Beautiful by Nghi Vo (Tor, June 1): I’m a sucker for all things Gatsby—F. Scott Fitzgerald’s masterpiece, both imperfect movies, even the eight-hour stage version set in a drab office where an actor reads every word of the text aloud. So how could I resist Vo’s retelling, which makes Jordan Baker the narrator and recasts her as queer and Asian. Plus, there’s magic. “Unique, well-developed, and haunting,” says our starred review.

Everyone Knows Your Mother Is a Witch by Rivka Galchen (Farrar, Straus and Giroux, June 8): I’m sold by the title alone, but it doesn’t hurt that Galchen (Atmospheric Disturbances, American Innovations) is one of the most unpredictable and gifted writers of fiction today. Her latest—“dazzling in its humor, intelligence, and the richness of its created world,” according to our starred review—is about a real-life 17th-century witch hunt involving the mother of astronomer Johannes Kepler.

Fox and I by Catherine Raven (Spiegel and Grau, July 6): This memoir by a biologist living off the grid in Montana recounts the friendship she developed—friendship is the only word for it—with a wild fox that appeared on her property every day at 4:15 p.m. Helen Macdonald’s H Is for Hawk remains one of my favorite memoirs of recent years, and this book promises similar insight into the relationship between humans and animals.

Summer Fun by Jeanne Thornton (Soho Press, July 27): I love novels about fictional rock bands (Dawnie Walton’s The Final Revival of Opal and Nev is an early 2021 favorite), so I’m eager to get my hands on this story about a young trans woman living in a trailer in the New Mexico desert who is obsessed with the Get Happies (think Beach Boys) and their legendary unreleased album from the late 1960s. The novel is composed of letters that Gala writes to the band’s Brian Wilson–like frontman.

Afterparties by Anthony Veasna So (Ecco, Aug. 3): Anticipation for this story collection is bittersweet, since the author died unexpectedly in December at the age of 28. So’s ruminative story “Three Women of Chuck’s Donuts”—about a Cambodian woman who runs the titular shop and her two daughters—appeared in the New Yorker in early 2020, offering a taste of the quiet epiphanies that await in this first and, tragically, last book from a young talent.