How the ‘Stamped’ Remix Got a Remix of Its Own 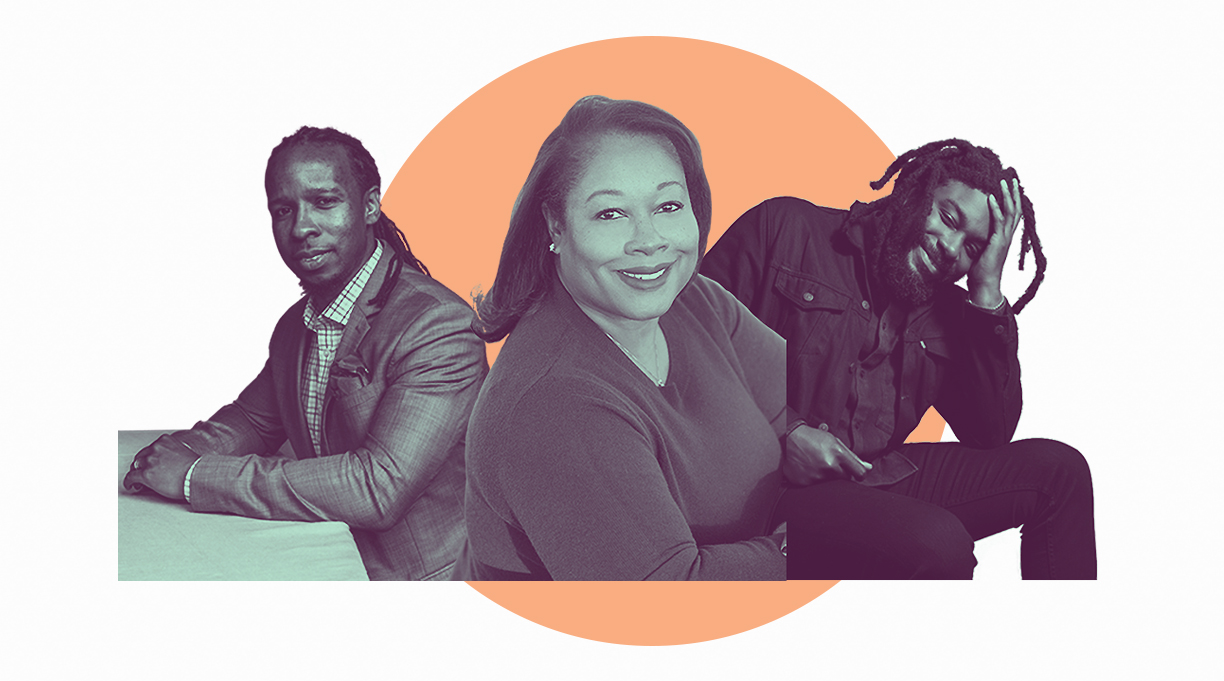 Stamped (For Kids) (Little, Brown, May 11) is a helpful distillation of the anti-racist themes and concepts brilliantly laid out by Ibram X. Kendi in his bestselling, National Book Award–winning 2016 book for adults, Stamped From the Beginning. There’s already a young adult “remix” of the book—Stamped: Racism, Antiracism and You, Kendi’s 2020 collaboration with bestselling author Jason Reynolds, the National Ambassador for Young People’s Literature. Now there’s a remix to the remix, aimed at readers ages 10 to 14, which is beyond what Kendi could have foreseen when he wrote the book, he explains via email.

That sentiment comes through in Stamped (For Kids). One reason for that is the anti-bias, anti-racist pedagogy that has shaped its author, Sonja Cherry-Paul, a veteran educator and consultant who co-founded the Institute for Racial Equity in Literacy. Cherry-Paul was tapped to write this version because she authored the educators guide to the Reynolds and Kendi iteration of Stamped.

“I was humbled and frightened,” Cherry-Paul says by phone. “Like, did you call the right number?”

Much of Cherry-Paul’s previous writing experience had been centered on academic and curriculum writing. “This is a really high-stakes way to dip my toe in this area,” she says, laughing. And she also developed the book in the midst of a lot of societal tumult.

“The backdrop to my work was the pandemic, which has disproportionately touched the lives of Black people, while Black Lives Matter movement protests were happening and the election was underway,” she says. “It was a lot of noise, heaviness, and pressure to navigate.”

She managed to complete the project by working early in the morning before the sun came up, or, as she puts it, “Before I got burdened and beat down by the world.”

It was a process that mimicked the way she tackled her dissertation, when she got up at dawn and wrote all day and all night in the Columbia University library, until the place closed.

To complete Stamped (For Kids), she would stop by 1 p.m., take a break, print chapters out and read them aloud, imagining how she would tell this story in a classroom on the rug with students gathered around her.

The result is a middle-grade text that combines the revelatory depth of Kendi’s original with the measured levity of Reynolds’ version. “Jason does this beautiful pausing in the piece,” Cherry-Paul says. “I’ve taught for 20 years, and there’s always that moment when kids will be like, ‘Wait, hold up.’ They want to take a moment to process and breathe, or repeat back what you just said, which is a form of processing. I tried to think about giving them a beat to summarize something challenging they just read.”

While each version of Stamped is illuminating, this version is perhaps the most digestible, with beautiful illustrations by Rachelle Baker, a helpful timeline for reference, and a glossary to deepen understanding. That’s particularly helpful because there are heavy topics in the book that even adults don’t usually talk about—lynching, the death of Emmett Till and its significance, the more recent deaths of Black people at the hands of police.

It took a bit of courage—and permission from Reynolds—for Cherry-Paul to feel free in shaping Reynolds’ text so that it worked for a younger audience. “At first I was paring it down and trying not to change it too much,” she says. “He said, ‘Don’t be intimidated about changing things to make it work.’ There were multiple drafts, to not completely disrupt Jason’s genius.”

She landed there by intentionally making a map of possibility for young readers. “I thought deeply about how I could help young readers understand the truth: That there was never a plan for Black people to truly be free, but there was still reason for hope. I thought a lot about how there was always resistance, even if the fight wasn’t won. I also hope that educators and caregivers will see this text as not the only experience for readers to have, but one of many.”

Reynolds puts it this way in an email: “To me, it’s simple. We teach our young people the mechanics of arithmetic so that they’ll begin to understand the role numbers have in their lives. We teach them the alphabet, but more importantly how to sound out words so that they’ll be able to understand how language functions in them and around them. Stamped (For Kids) is just another building block. A kind of technology through narrative meant to introduce them to the way history affects the present, and how they can change the future.”

As has been the case for all of her work as an educator, Cherry-Paul’s greatest dream and vision for what this book will do is to deeply empower young people. “Stamped (For Kids) means they don’t have to wait for the adults in their world anymore to help them understand these important concepts,” she says. “They’ll have access to language and lenses to look at racism. They’ll be able to identify it in their own lives and interrogate it.”

Joshunda Sanders is the author, mostly recently, of I Can Write the World.