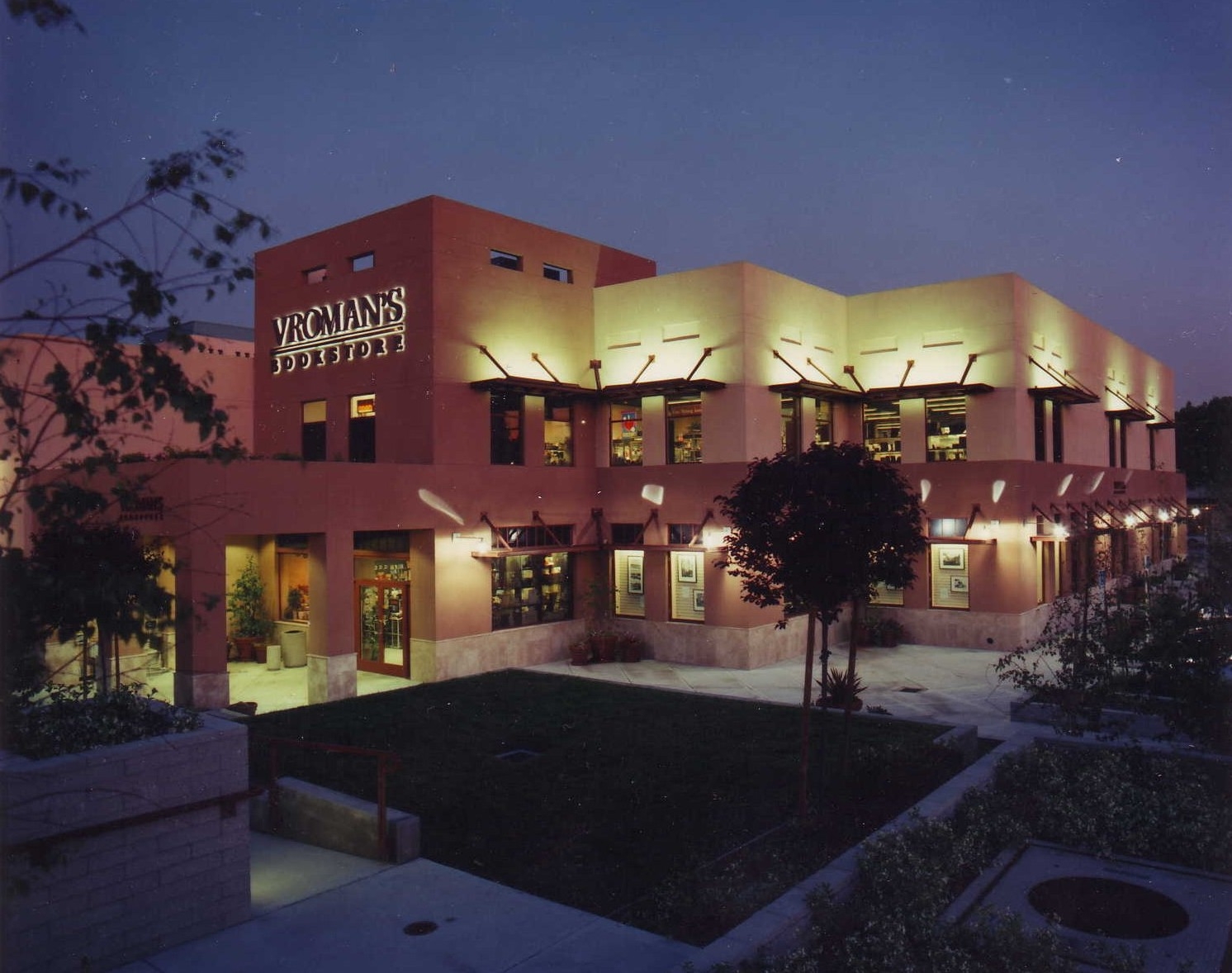 This month, we talk to Allison Hill, the president and CEO of Vroman’s Bookstore, Southern California’s oldest and largest independent bookstore and Publishers Weekly’s “Bookseller of the Year” for 2008, as well as Book Soup, the legendary “Bookseller to the Great & Infamous,” located in the heart of the world-famous Sunset Strip.

What is Vroman’s famous for?

Staying in business so long! One hundred twenty years this November!

If Vroman’s were a religion, what would be its icons and tenets?

I love the idea of Vroman’s being a religion. But I think we’re more of a cult. Many of us have drunk the Kool-Aid, so to speak. I have several employees who have worked here for 20-plus years. A dozen employees who worked here for a few years left to pursue other work but quickly returned because they missed Vroman’s. And I have employees who have been “on call” for years—filling in at events and the holidays—because they don’t want to sever ties even though they’ve since earned Ph.D.s or even moved out of state. We joke that no one ever really leaves Vroman’s. And with all due respect to Adam Clark Vroman, the founder of Vroman’s, he did look a little like a cult leader! Beady eyes. Beard. I’m just sayin’.

Which was your favorite all-time event and why?

My all-time favorite Vroman’s event was hosting former President Bill Clinton. And really, it was after the event that was my favorite part. When President Clinton was finished signing, he asked to spend some time shopping. The president, one secret service agent and I spent an hour wandering the aisles, talking about books. The secret service agent was sucking on a Dum Dum lollipop—the kind you get free at the bank—and I remember being jealous because after working the event all day, I was starving. President Clinton talked nonstop about books. He had read everything! And he was clearly so passionate abo

ut books. At one point, the hunger clearly inducing delusion, I remember thinking, “We could really use this guy on the sales floor at Christmas!”

We walked down the biography aisle, and I tensed when I realized we were going to pass by a recent, not so nice, biography about the former president and first lady. I was hoping he wouldn’t notice it; then he picked it up and started chuckling. He showed it to me and the agent, then put it back down and kept walking and talking. He collected a dozen books while we walked, handing them over to the Secret Service agent to pay. And when he was finished shopping, I continued accompanying him to the loading dock so he could exit through the back, where his car was waiting . He stopped just short of the door. He turned to me, put his hand on my arm and said, “I hope we see each other again real soon.” I was torn between crying—the kind of crying you see in old footage of girls standing in front of Elvis on stage—and laughing, as in: “You have got to be kidding me. We will never in a million years see each other again!” After he left, Jen (the Vroman’s promotional director) and I went out for Mexican food with a couple of the Secret Service agents who were off duty. The whole thing seems like a dream now, but I asked Jen, and she assures me that it really happened.

What are some of the bookstore’s top current handsells?

El Deafo by Cece Bell [a finalist for the 2014 Kirkus Prize for Young Readers’ Literature]. Vroman’s is in love with this book! It’s a funny, poignant, charming children’s graphic novel about feeling different, making friends and declaring one’s place in the world.

What is your ideal busman’s holiday?

There’s a small, used bookstore in Wellfleet on Cape Cod, Massachusetts: Herridge Books. I would happily spend my vacation working in their charming, well-curated bookstore, reading, writing and hanging out at the beach.

The photo above right is of Vroman's president and CEO, Alison Hill.

Karen Schechner is the senior Indie editor at Kirkus Reviews.