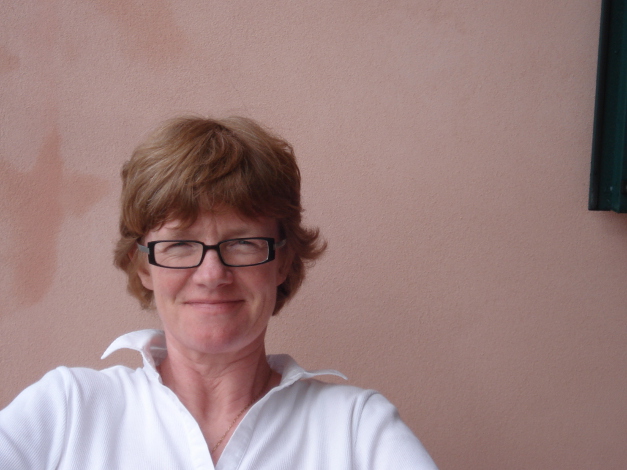 “I am of somewhat less than medium height,” wrote the great essayist Michael de Montaigne, “a defect that not only borders on deformity but carries with it a good deal of inconvenience.” As for Jean-Paul Sartre, he barely cleared five feet.

Apart from elevation and language and Dewey decimal category, what binds the two philosophers into a single tradition? One thing is philosophy itself, that quest into what it means to be human. Another is the good fortune to have been the subject of a book by Sarah Bakewell: How to Live, in the case of Montaigne, and now, six years later, At the Existentialist Café, in the case of Sartre and his existentialist company.

“The differences are obvious, of course,” Bakewell says. “But they share a few things. They are both a part of the philosophical tradition for which the overwhelming questions are not ‘What is reality?’ or ‘What can I know with certainty?’ but ‘How can I live well?’ ‘How can I live a fully realized, human life?’ ”

Both Montaigne and Sartre were resolutely secular. Montaigne thought about all sorts of things in his round stone tower, but we can be reasonably sure that fruity beverages were not among his list of concerns, though they certainly were on Sartre’s, for, as Bakewell writes, Sartre turned “phenomenology into a philosophy of apricot cocktails—and of the waiters who served them.” To judge by portraits, Montaigne was handsome, Sartre not, but Sartre also dwelled on women and wooed them when he could, making, furthermore, “philosophy out of vertigo, voyeurism, shame, sadism, revolution, music, and sex. Lots of sex.”

Montaigne was the quintessential essayist, Sartre a novelist. That literary bent helps assure their staying power; few people read Descartes for fun, but it’s an entertainment to watch Montaigne ponder cannibalism and Sartre work out being a politically engaged person in the world. Their concerns remain ours, and especially the existentialists, Bakewell says: “Sartre’s thinking about the complex demands that go with freedom—the responsibility it brings, and the challenges it poses—seem more relevant than ever as we wrestle with 21st century questions of privacy, Internet surveillance, the right to offend, and so on.”

At the Existentialist Café, which Kirkus awarded a starred review, has an appealingly large cast of characters who, dusted off, emerge as engaging, appealing humans. Simone de Beauvoir was full of life, though troubled at the thought that when we die, all our experiences will disappear with us. Even Martin Heidegger, he of the troubling politics, seems worth talking with. Bakewell is fondest of Maurice Merleau-Ponty, “the happy philosopher of things as they are,” though she also professes to be very glad to have rediscovered the work of the African American novelist Richard Wright, “a great admirer of existentialism who found in it a sense of liberation and joy.”

The days of the existentialists, though so recent, have passed. We can learn much from them and, for that matter, from Montaigne, but, Bakewell says, “my book never advocates going back to existentialism and trying to relive it, or bring it back from the dead. There are no magic solutions to be found there.” As for the next in her line of intellectual biographies, Bakewell hasn’t yet settled on a topic. “For me,” she says, “the best reason to write a book is either to find out something new, or to discover that everything I thought I knew about some topic was wrong or incomplete, and to learn a new perspective on it. If it fits that bill, I’ll be very happy.”