Finding Inspiration in The Oldest Student 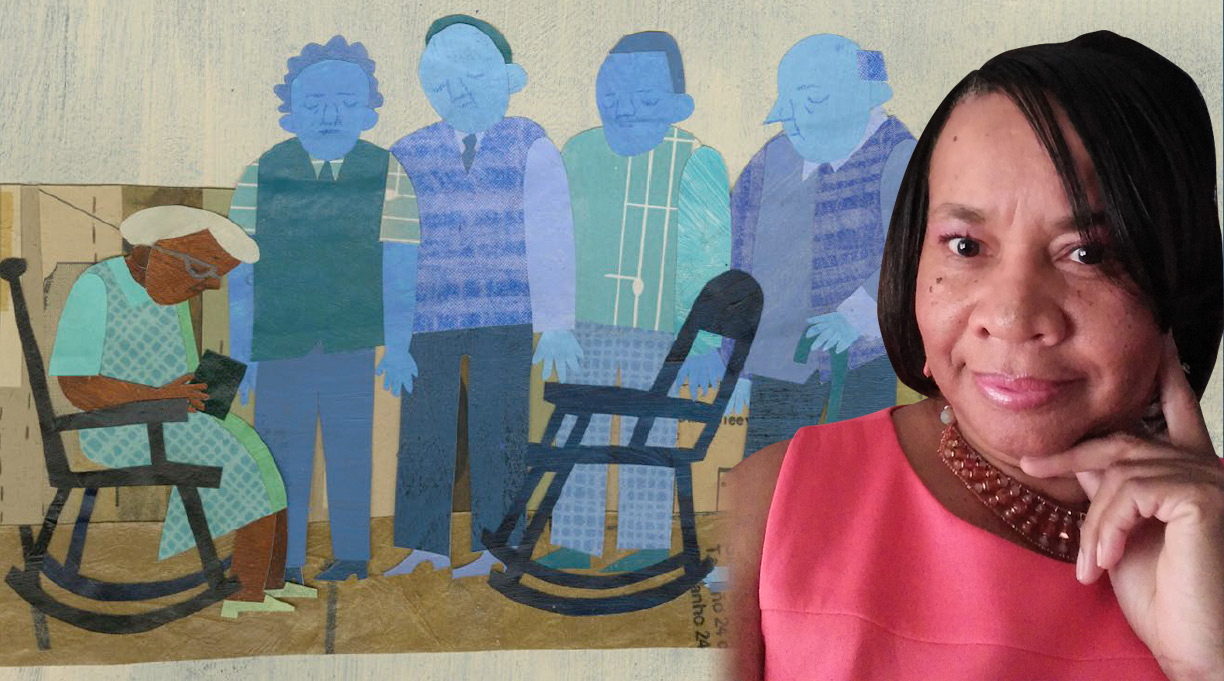 Mary Walker learned to read in 1964 at the age of 116, making her the nation’s oldest student. Born into slavery, Walker was freed at 15 and had to make her way in the world. “She had nothing and yet somehow she was able to survive, bring three sons into the world, work for her church, and then live so long that she learned to read at 116,” says children’s book author Rita Lorraine Hubbard.

Hubbard still recalls her elementary school field trip to the Mary Walker Foundation in Chattanooga, Tennessee, where she walked around a replica of Walker’s cabin and saw her beloved family Bible—a book that Walker owned for almost a century before she learned to read it. “That image, that experience, had never left my mind,” Hubbard says. The foundation eventually closed and Walker was largely forgotten, but the experience stayed with Hubbard.

To share this extraordinary life with today’s students, Hubbard wrote The Oldest Student: How Mary Walker Learned To Read (Schwartz and Wade, Jan. 7). “It was truly my desire to bring her story forward and to do justice to her story,” she says. Gorgeously illustrated by Oge Mora (Saturday, 2019), the book recounts the story of Walker’s long life, including her time as a sharecropper, the growth of her family, and her first airplane ride.

As a slave, Walker was forbidden from learning to read or write. After her emancipation, she met an evangelist on the road who inspired her to learn by handing her a Bible and telling her its pages held her civil rights. Walker wasn’t sure what that meant but she was determined to find out. Unfortunately, Hubbard says, “sometimes you can have all these plans and life gets in the way.”

More than anything, Hubbard wanted to do justice to Walker’s perseverance. She lived through massive changes in society and survived all of her own children, but it wasn’t until the very end of her life that she accomplished her goal of learning to read. The message, Hubbard says, is that “no matter what comes up in life or no matter how long a hope or a goal takes, it’s never too late.”

As a longtime teacher, Hubbard wanted to share this message with young people. “I taught a lot of children who felt like the odds were stacked against them for whatever reasons,” she says, “and I wanted to inspire them.” As she writes in The Oldest Student: You’re never too old (or too slow or too anxious) to learn.

The desire to inspire kids with the stories of real people is what drew Hubbard to picture-book biographies. “You get a little digestible chunk of history,” she says, making these books a great way to get kids interested in the past.

In her own school days, Hubbard’s love of history set her apart from her classmates. “They didn’t understand why you’d read something about what happened long ago if it wasn’t a homework assignment,” she says. But stories of the past always fascinated Hubbard because of the insight they provided into other ways of life.

Because she lived so long, Walker experienced a remarkable number of these types of changes. There were a multitude of facets to her life, not all of which fit into The Oldest Student.For one, she witnessed brutal violence as a slave; for another, she worked as a blacksmith as a little girl. “This was a book about a woman realizing her dream,” Hubbard says, and it had to stick to that narrative.

But in her research, Hubbard pieced together a detailed timeline of Walker’s life. She started with basic biographical information from Chattanooga’s historical marker honoring Walker, which included her birth and death dates and the fact that she was twice named a goodwill ambassador for the city. Because of Walker’s importance to local history, Hubbard was able to find a clipping file on her at the local library that helped fill out some of the details of her life.

The most helpful discovery, however, was an interview Mary Walker gave in the 1960s. Although Hubbard couldn’t find the original LP, she did manage to get her hands on a transcript of the recording. Crucially, that interview provided not just further details about Walker’s life, but also her perspective on events. She described a hard life, some of which she still struggled to discuss decades later, but also one full of positivity. “I read hope in every one of her answers,” Hubbard says.