Out to the Ball Game With Rajani LaRocca 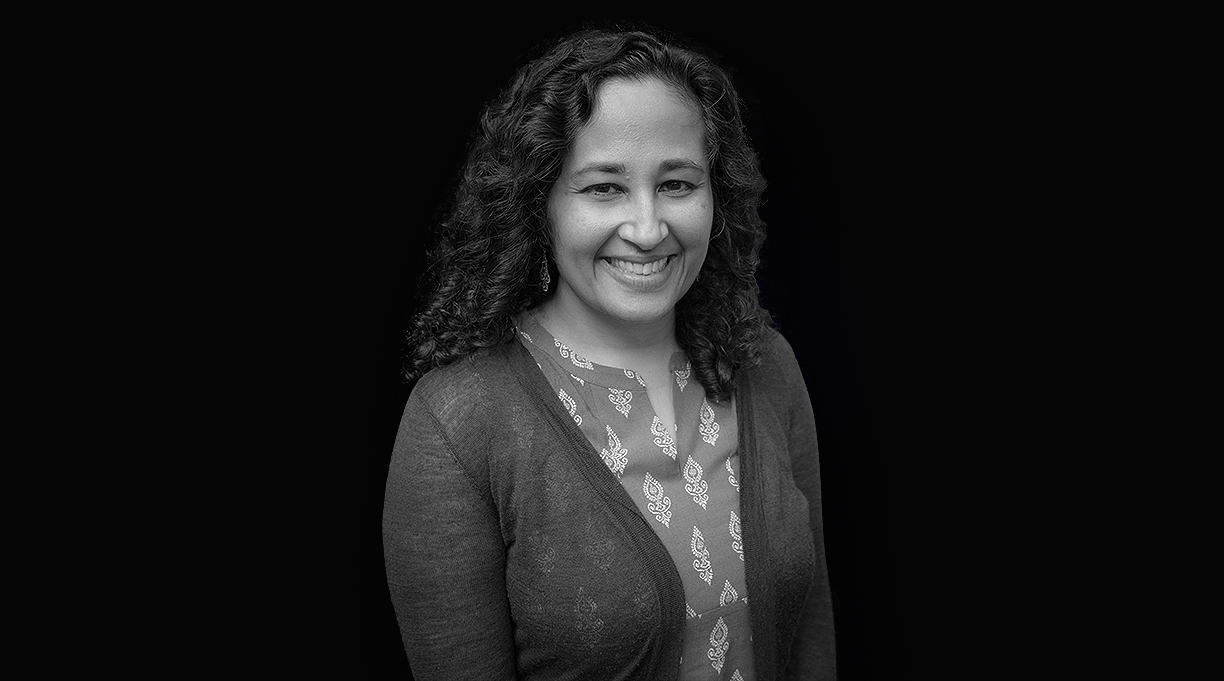 For Rajani LaRocca, 2021 is a red-hot year. Her second novel, Red, White, and Whole (Quill Tree Books/HarperCollins), came out in February, and she’s got four picture books publishing as well. Her third novel, Much Ado About Baseball (Yellow Jacket, June 15), is a perfect summer read. Set in the fictional town of Comity, Massachusetts (recognizable to locals as Concord), it completes a Shakespearean arc begun in her 2019 debut, Midsummer’s Mayhem. In that book, her genius baker protagonist is caught up in the schemes of Titania, queen of the fairies, who seeks to best King Oberon in their annual contest by making her bakery more popular than his snack shop. In Much Ado, Trish Das, an Indian American girl, and Ben Messina, a White boy, are former math competitors and current baseball teammates. They unwittingly involve themselves in Oberon’s stratagems when they find mysterious books of math puzzles that seem be as magical as the snacks Oberon—their team’s sponsor—provides. LaRocca, a practicing physician as well as an author, took time to speak with us via Zoom from her home in Comity—er, Concord. The conversation has been edited for length and clarity.

It must be hard for you to be promoting a lighthearted book about baseball right now. Do you have friends and family in India who are affected by Covid?

Just about everybody I know has lost somebody. I think that’s one thing that being a physician helps put in perspective, is that everyone experiences loss. And that, ultimately, everyone can experience joy again, too. The good thing is that writing books for kids makes you keep that front and center. You realize that there’s a whole new set of young people out there who need to read books that make them happy and make them think and make them cry and make them feel things.

How did you start writing for kids?

I read everything I could when I was a kid. But I also knew very early on that I wanted to be a doctor. I was in a creative writing class in high school, and I said to my teacher, “You know, I really love this, but I know this is not going to be my career, because I’m going to medical school.” And he said to me, “Who says you have to choose?” And then he brought in all these books that were written by authors who were also doctors. Of course, at the time, they were all White men. But it planted the seed. I did some writing in college. But then, what with medical school and residency and having little kids, I was not writing at all. Maybe 10 years ago, I thought, What am I going to do to be creative again? And I started taking some classes. It became clear pretty early I wanted to write for kids. I think it’s probably because the books that meant the most to me, the ones that I still remember as an adult, are the ones that I read as a kid.

Were Midsummer’s Mayhem and Much Ado About Baseball conceptualized at the same time?

The idea for Much Ado About Baseball came to me while I was revising Midsummer’s Mayhem. It came from the central magical problem, which is what do these magical people actually want? In that final revision, I came up with this whole concept of [how] they’re patrons of certain things. Titania goes with sweet goes with baking goes with music. And Oberon is all about salty and sports and math. As somebody who loved math and science and also loved reading and writing from a very young age, in my mind these things are not that separate. So the children in my books feel that way too. I had already had an idea for a book about a kid on a baseball team, and every time they eat certain snacks, they start to win. So that’s how it came together, in a very roundabout and slightly weird way.

I have been obsessed with Shakespeare since about fifth grade, [when] we did a production of Julius Caesar. It was a very, very, very abridged version, but we still got to say the actual lines. I think that the real magic, even more than watching it being performed, is performing Shakespeare and realizing that in the middle of this flowery language you get the meaning. And when you say those words, you are those characters. In sixth grade, we read A Midsummer Night’s Dream, and I thought it was the most magical, wonderful play ever. And I also thought, wow, this play, for all its lightheartedness and joking, is really about jealousy.

You give Trish a community that has multiple Indian families in it, which is, sadly, unusual in kids’ books.

Much Ado is set in the modern day. And there are all kinds of Indian families that live in our vicinity. Just thinking about my kids’ experience versus mine growing up, it’s a completely different world. I didn’t intend there to be a conversation about the difference between being a second-generation and a third-generation Indian American, but it came up. I wrote the scene where Trish says to her dad, “Would you be upset if I weren’t good at math?” And he says, “No, of course not.” And then she asks, “Well, why is [teammate] Abhi’s dad so concerned about it?” And he says, “Oh, your grandfather was like that with me,” and explains a little bit about the history of how his parents came to this country. The experience of being an Indian American is layered and different depending on who you are, where you grew up.

There are barriers in your own mind that you as a writer have to go up against. I wanted Trish’s dad to be an assistant coach on the baseball team. But I thought, How can an Indian American child’s dad be the coach? And then I thought, What the hell is wrong with you? Of course he can. If he grew up playing baseball in this country, like I grew up in this country, why wouldn’t he be assistant coach? Talk about biases. I had somehow absorbed that into my own brain. And I’m Indian American. Ridiculous, right? Then it became even more important for me to say, OK, what other stuff does this bring up that you want to address? I wanted to draw this out more because this is real life. It’s real communities in real places where there are all kinds of people from all kinds of places, including people who have been here for a few generations and people who just came here.

I have to ask: What’s with the New England Turkeys? Why doesn’t your alternative Massachusetts have the Red Sox?

If Ben Franklin had had his way, everything would have been the turkeys, right? I wanted to make it different enough so that people got a chuckle. And honestly, I live with a Yankees fan. So I don’t think I’m allowed to put the Red Sox in a book. I also wanted to appeal to a wide readership. No matter who your baseball team is, it’s not the Turkeys.