We talk to Carmen Maria Machado, Author of Her Body and Other Parties. 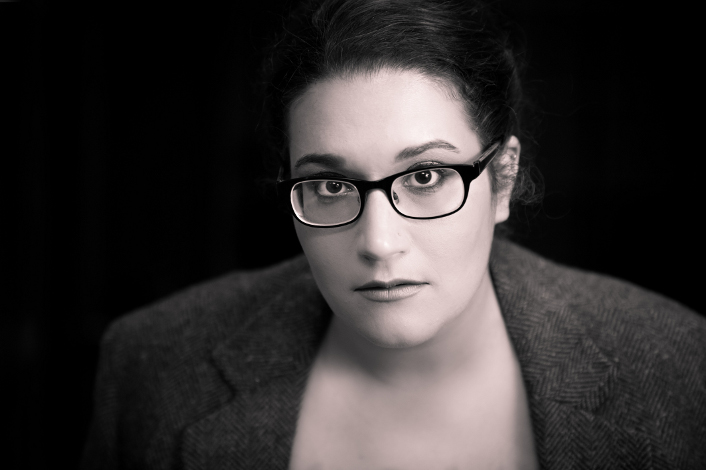 Carmen Maria Machado’s short story collection, Her Body and Other Parties, quickly captivated the critics at Kirkus (it was an in-house favorite and finalist for the Kirkus Prize), the New York Times, Publishers Weekly, the Paris Review, and just about every newspaper that still has a books section. Her debut blends sci-fi, horror, and humor while telling women’s stories of violence and self-determination. Our reviewer says, “Machado writes with furious grace. She plays with form and expectation in ways that are both funny and elegant but never obscure.” Here, Machado talks about reimagining literary fiction, creating good metaphors, and her ongoing fascination with Olivia Benson.

In Her Body and Other Parties, several characters are LGBTQ, but their identity is rarely central to the storyline. Were you intentionally writing queer content that’s more integrated than highlighted?

Yes! Obviously I love stories where queerness—coming out, being in queer relationships, navigating the world politically, etc.—is central to the narrative. But queer people are more than their queerness, and so I wanted to write stories that allowed queer characters to just be, while also happening to be queer. It’s the sort of fiction I wanted to see in the world, so I wrote it.

The metaphors in “The Resident” are so creepy, funny, and perfect—“one of his pimples had opened and left a comet’s trail of pus across his skin”; a cold sore expands outward, “like an amoeba preparing for reproduction”; someone’s hand is “cool and damp, like a freshly wrung-out sponge.” What goes into a good metaphor?

Observation! My metaphors feel intense and vivid and real because they’re usually something I’ve observed myself. I’ve always approached the world with a heightened sense of the aesthetic and tactile; I’m just lucky that I can accurately translate that sensory overload into my work.

Was “Especially Heinous: 272 Views of Law & Order SVU” (a funny, far-out reimagining of 272 episodes of the show) the product of procrastination, an obsession with Olivia Benson, or both?

It was a lot of things—a weird idea I had; a general love of TV; a desire to take apart our cultural obsession with narratives about sexual violence; a desire to shape a story that means a lot to me in a way that pleases my sensibilities. Also, I once had a hallucinatory fever from swine flu that I rode out while multiple seasons of SVU played out in the background; I’m convinced that was the spiritual seed of that story.

(Also, I am definitely obsessed with Olivia. She’s perfect and brilliant and beautiful and perfect.)

You’ve mentioned that reading Kelly Link and Karen Russell helped you to find your voice. How so?

By showing me that there were fewer rules to literature than I thought. Kelly Link especially—her work just blows apart everything you’re taught about writing and genre in the best way possible. Her work was so exciting I would sometimes stand up when I was reading it because it just filled my body with such an intense electrical charge. Everything changed after that.

Like Margaret Atwood’s The Handmaid’s Tale, “The Husband Stitch” highlights an ongoing danger to the female body in an alien but similar world. What is it about the sci-fi/speculative genre that allows writers to depict amorphous feelings with such clarity?

I think we already live in a liminal space—we’re not as far away from speculative, science fictional, or fantasy worlds as one might think. So they’re the perfect genres to address things like the inherently fragile, liminal humanity of women.

I’m writing a memoir about abuse in same-sex relationships that’s coming out from Graywolf in 2019. It’s really scary to write! But I’m excited to see it in the world.