A Poet Tells the Tales That Go Untold 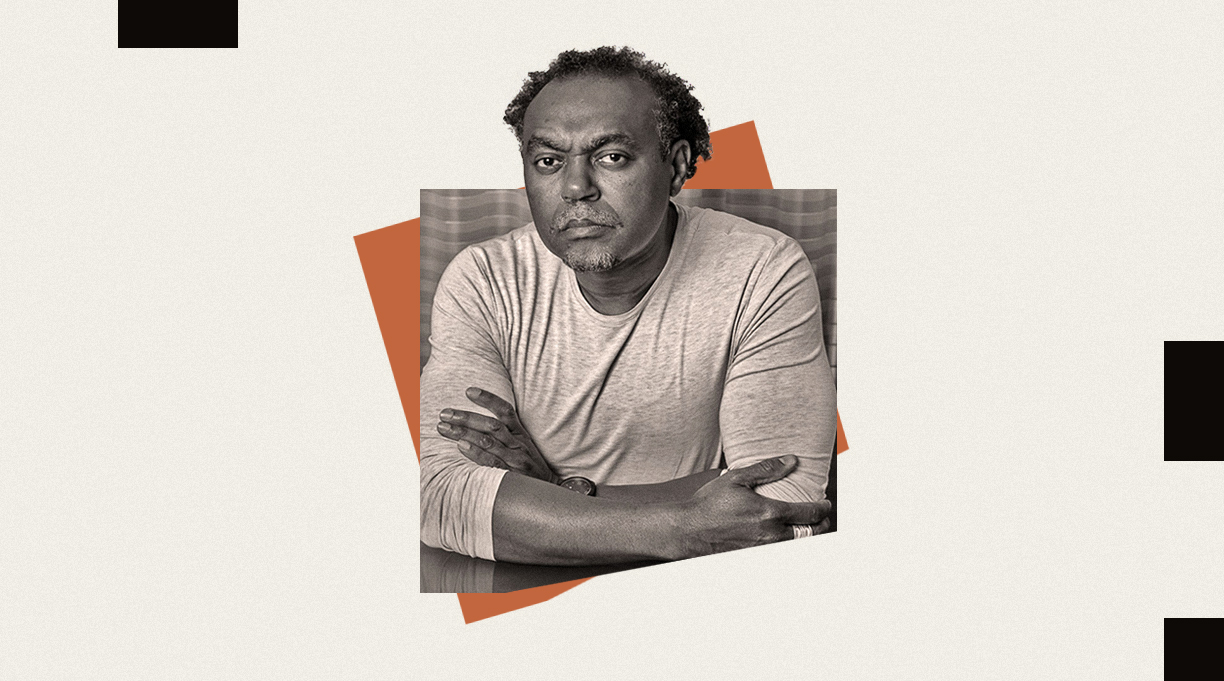 Photo of Donny Jackson by India Jackson. Illustration by Kirkus

Donny Jackson has been writing poetry for over two decades as a spoken-word artist who has been featured at the Ink Slam Festival, the LA Get Down Festival, the Pan African Film Festival, and on stages around the world. Jackson is also a clinical psychologist and a multiple Emmy Award–winning television producer and director.

Jackson writes extensively about social justice issues, and his raw poetry explores subjects that are largely untold—death, rape, and violence within the Black community, particularly violence against Black trans women. His collection boy has been published by Silver Star Laboratory; a Kirkus reviewer describes it as “powerful, stirring writing.”

Until the book’s release, Jackson had largely published his poetry on social media, usually with a yearly theme (he’s @DrDonnyJackson on Twitter, and @DoctorDonny on Instagram), although his work has been featured in several anthologies. Jackson recently spoke with Kirkus by phone from his home in Los Angeles; the conversation has been edited for length and clarity.

Your book is dedicated to Tamir Rice, and the title poem is about him. Tell me how Tamir Rice’s killing affected your process as a writer.

The killing of Tamir Rice is part of a tragic accumulation of deaths, and something about his [death] in particular—as a 12-year-old who even at that age is still misperceived as a threat in some way—was harder than some of the other ones. Of course, Mike Brown, Trayvon Martin, all of them have been difficult, but with Tamir Rice, there’s something profoundly wrong if you can’t even be a child without being evaluated from this distorted lens, and so it was harder to shake the tragedy of it.

In terms of how it affected my process—it didn’t affect my process of how I write, because I write a lot of things that are [in the] headlines or aligned with social justice issues. What affected me in that space, in that era, was an accumulation of Black deaths—largely Black deaths—at the hands of law enforcement because of not being seen in one’s true humanity. Being seen as monstrous or outside or dangerous. A 12-year-old being caught in that net was hard to let go.

How did you come to publish with Silver Star Laboratory, and what was that experience like?

They asked me. It’s a small publisher in Long Beach, [California,] and they’ve done a couple of really cool books, and they were super familiar with my poetry in the local scene. I had been talking about doing a book for years. I was just lazy about it and wasn’t really that motivated. I write all the time; I post a lot of stuff. For years I’ve posted a poem on social media every week without fail. It was a boot camp of keeping me fit as a writer. They were familiar with me as a writer and said, “If you’re ever interested, we’ll publish it.” I liked that they weren’t going to micromanage the writing of it; I didn’t want a publisher to help me write the poems. Silver Star was fine with that, and so there we were.

You’ve written a lot of other poems about Black death, including Black trans women who have been murdered.

I’ve written quite a few of those, and one of the poems was titled with the names of a number of the women who’ve been murdered. This is part of where the tragedy is internal, because Black masculinity has a hard time in some ways with trans women. I’m not saying who killed those particular women, but I do say that there have been a number of incidents where Black men have done violence against Black trans women. I was speaking to the larger internal issue in the community that is something that we have to acknowledge. Lots of things are informed by a greater racism, for sure, or a greater homophobia, for sure, but I think that it’s our responsibility to call out the villains within our own community. Sometimes it’s not a villainy of violence [so much as] as a villainy of perception, such as not being willing to see women as women. I’ve written more poems about the trans community; “Pulp” was about a trans girl who killed herself.

You tell a lot of stories that go mostly untold. One poem that really stood out to me was about Kerrice Lewis, a Black lesbian who was murdered in 2017. The final line, “i dare you to breathe,” left me somewhat breathless. What drives you to tell these stories that are largely ignored?

What happens is those stories find me. I don’t go looking for them, but they kind of pop up in such a small, unilluminated way. Why isn’t this the first story on the news? Part of how I identify my job is just being a town crier—look what I saw. I don’t have the answer, but somebody does, and I think collectively we should arrive at answers. Why should it be Kerrice or Nigerian girls kidnapped in scores from schools, or why should a woman be sexually assaulted and thrown in a dumpster by a swimmer? Those sorts of things are hard to not comment on. Even something as recent as Ted Cruz’s going to Mexico while Texas is freezing to death. I wrote about that this week.

You wrote one poem in the voice of a police officer’s wife. What inspired you to write from that perspective?

I was at the dry cleaner one day, and a guy came in and he picked up his uniform, but he wasn’t dressed in his uniform to pick up his clothes. He was just dressed like a dude, like a regular guy. I saw he was picking up an LAPD uniform. I was a little embarrassed that it took something like that for me to see that he has a family, he has a wife probably, and has a normal day when he is not in that uniform. It made me want to think about that and made me wonder what it’s like to be married to a cop and wonder, every time he walks out the door, if he’s going to come back. That’s a legit fear, it’s a reasonable fear. As much as it’s easy to vilify law enforcement—and rightly so, there are the bad apples—but there are people who are just trying to pick up their uniforms and get through the day. It made me want to revisit how I saw a whole population of people.

This year, I’m not doing a poem a week. This is the first time in five years I’m not doing a poem a week, but I did commit to writing 100 poems in 2021. I’m giving myself more freedom in terms of the frequency or even the subject matter. Some of those years had a specific structure or a specific topic. By the end of 2021, if I’m healthy, I will have written and posted at least 100 poems. That’s my commitment to myself and to whomever happens to follow me on social media. Those who are interested know that I keep my deadlines, and every project I commit to is completed.

Nia Norris is a Chicago journalist who has contributed to Romper, Next City, The Rumpus, and Courier Newsroom.