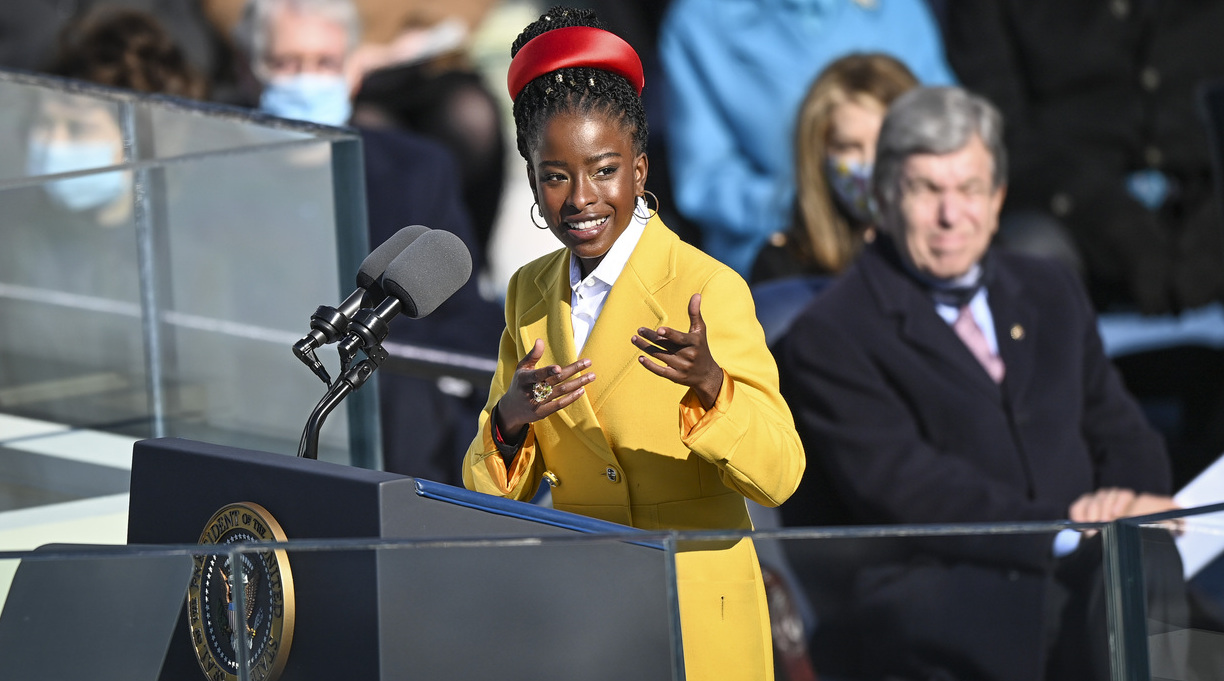 Amanda Gorman, the 22-year-old who last month became the youngest poet to read at a presidential inauguration, read a poem before the Super Bowl on Sunday, a first for the NFL championship game.

Gorman taped her performance of “Chorus of the Captains,” which was broadcast before the kickoff of the big game, which the Tampa Bay Buccaneers would go on to win in a rout.

CNN printed the text of her poem, which reads in part:

Let us walk with these warriors,
Charge on with these champions,
And carry forth the call of our captains!
We celebrate them by acting
With courage and compassion,
By doing what is right and just.
For while we honor them today,
It is they who every day honor us.

Gorman’s performance is likely to increase the already great demand for her forthcoming books. After performing the inaugural poem, her two books scheduled for release this summer shot to the top of Amazon’s bestseller list.

And surgeon and public health expert Joseph Sakran wrote, “During some of our darkest times, Amanda is a bright light sharing words of inspiration and providing a glimmer of hope as we work on digging out of this pandemic and moving forward.”