A Trans Pastor on Faith, Family, and Feminism 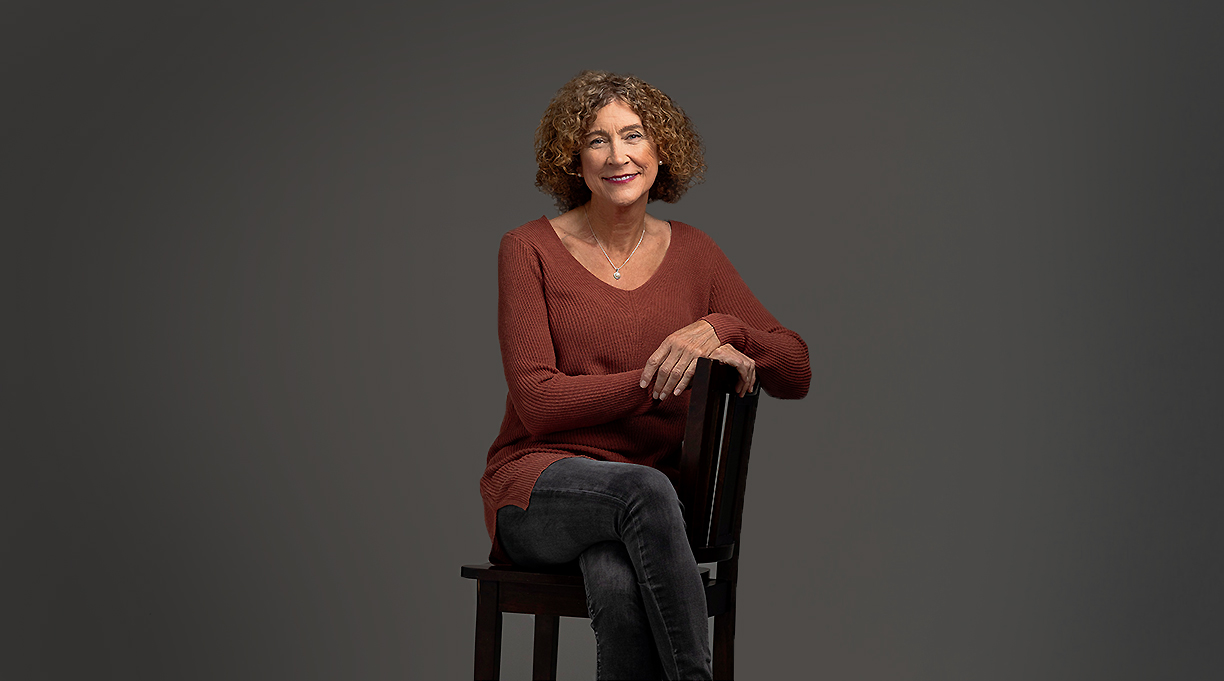 As a Woman: What I Learned About Power, Sex and Patriarchy After I Transitioned (Atria, June 1) makes good on its title. A scion in a line of fundamentalist ministers, Paula Stone Williams had a pulpit-level vantage on an institution invested in maintaining male power. When Williams came out as trans to her evangelical peers in 2012, her high-ranking jobs, lifelong relationships, and sizable income vanished within a week. It will come as no surprise to feminists—of which Stone is a vocal one, lecturing on gender equity—that many of the lessons she gleaned even before she transitioned touch on family: her 40-year marriage to Cathy Williams; her relationships with daughters Jana and Jael but especially son Jonathan, a pastor in New York City. Paula Stone Williams is a pastoral counselor and still preaches at a Longmont, Colorado, church. In 2018, Paula and Jonathan tag-teamed the delivery of a TEDWomen Talk; with more than 1.5 million views, their duet remains as tender as it is illuminating. This conversation has been edited for clarity and length.

What were the especially dark moments you had to lean into to write the memoir?

I think the hardest part to lean into became very apparent to me when I was doing the audio version of the book three weeks ago—because I just sobbed. [The audio engineer] said, “You know, we’ll just let it go, and then we’ll decide later whether we want to go back and pick it up again.” It was every place about the family on the whole—but particularly Cathy and Jonathan.

Much of the writing about your relationship with Cathy seems to reflect a desire to pay tribute to that marriage. How did you navigate that with her?

Jonathan and I had agreed after our TED Talk to do Jada Pinkett Smith’s Red Table Talk with the people who used to produce Oprah’s show. They were very persistent about the things they wanted. And Cathy was very adamant: She did not want to be involved. There was a point at which they were asking for pictures. She was out of town, and I gave them some photos. She was pretty upset when she saw the pictures.

She was like, “Don’t ever do that again. I didn’t want to be in the show.” That really said to me—and I had just started writing the book—you can’t put anything in here she’s not good with. So she read every bit of it. She corrected me on the very few occasions that my memory didn’t serve me well. She read every single bit of it—and it was pretty hard for her.

In the many versions of coming out, the family comes out as well. And—

You explode the family narrative. It’s what you do whether you want to or not.…I’m sorry, I interrupted.

Not at all—this is a conversation. In the TED Talk with Jonathan, there’s a moment when he’s started telling his story and you look at him with such tenderness. From the online comments, it’s clear a lot of people got teary.

Speaking of getting teary.

He’s a good son. That for us was very cathartic, healing, precious.

What have you learned about empathy?

Having a more vulnerable body stops you from striding through the world. I was talking to my former executive assistant [recently]. She said, “You know, the women who worked closely with you in the office, we adored you because you stopped for us. You were present to us.” Now that happens far more easily. It’s just because you’re walking through life more gently and more gingerly, frankly.

How did your understanding of privilege—male but also White—change as you transitioned?

I was just like most White guys, not being at all aware of my privilege. Knowing I was more sensitive than most of the alpha males I worked with—who were my friends—I thought, Yeah, I’m pretty good at this. The empathy takes you more deeply into the pain of the world—and it’s not really pleasant. It’s necessary, but it’s not pleasant. I think, for me, there was a blessed defeat of sorts in getting fired from all my jobs right away. (Not that I think any of it was justified.) There’s that. Also, you can— and I’ve seen this with some trans women—become more narcissistic than you were before, or you can stop and take stock of how close you are to the dirt now and yet also realize how much of your privilege you retain.

A kinship with the Apostle Paul seems to hover over your journey as a pastor. When you were transitioning, did you know that you were going to simply add that A to your name?

Watching The Merv Griffin Show [with Christine Jorgensen in 1970] was when I first thought, Oh, people actually do this. You could actually do this. But I just stuffed it away. When it started to come back as this tiny possibility, I thought, Oh, what would your name be? And just out of the blue? I said, Oh, it would be Karen.

You dodged a bullet.

I know, seriously. But I have two friends named Karen, and I thought, You don’t choose the name of one of your friends. Once I got serious about it, then there was just no question that it was Paula because the continuity was important to me. As I say, in the memoir, integrating the two halves of my life.

As a therapist, were you in any way better prepared to understand transitioning and coming out?

I was not. There is just no way you can transition—in either direction—and not have to go through a second puberty. Your body changes massively. Testosterone is an incredibly powerful substance, so its loss is seen in every part of your being. Not just your physiological being. We are psychospiritual, somatic beings. I think there was a period of time where I was the giddy, self-absorbed 13-year-old girl. That wasn’t a long period of time because I also was going throughthe trauma of the loss of everything and everybody from the evangelical world.

In the context of your spiritual journey, where does this book fit in? If feels like an extension of pastoral care.

Oh God, if it could be that. I would love it if people experienced it that way. I remember watching a Sunday morning TV show. It might have been the Charles Kuralt show back in the day. Somebody was saying that all great leaders have a phrase and that people need to know what their phrase is. And I remember thinking right away [that mine could be], He—it was he at the time—lessened spiritual suffering.

It is a real thing. It’s part of why I stayed in the fundamentalist world for a long time. I could be a more liberal voice. But looking back now, I should not have stayed because theologically I was selling my soul. I wasn’t helping as much as I thought. And now I’m freely able to say, I believe in God most days except for Tuesdays and Thursdays and any day I’m on the New Jersey Turnpike.

Lisa Kennedy writes for Variety, AARP.com, the Denver Post, and other publications.