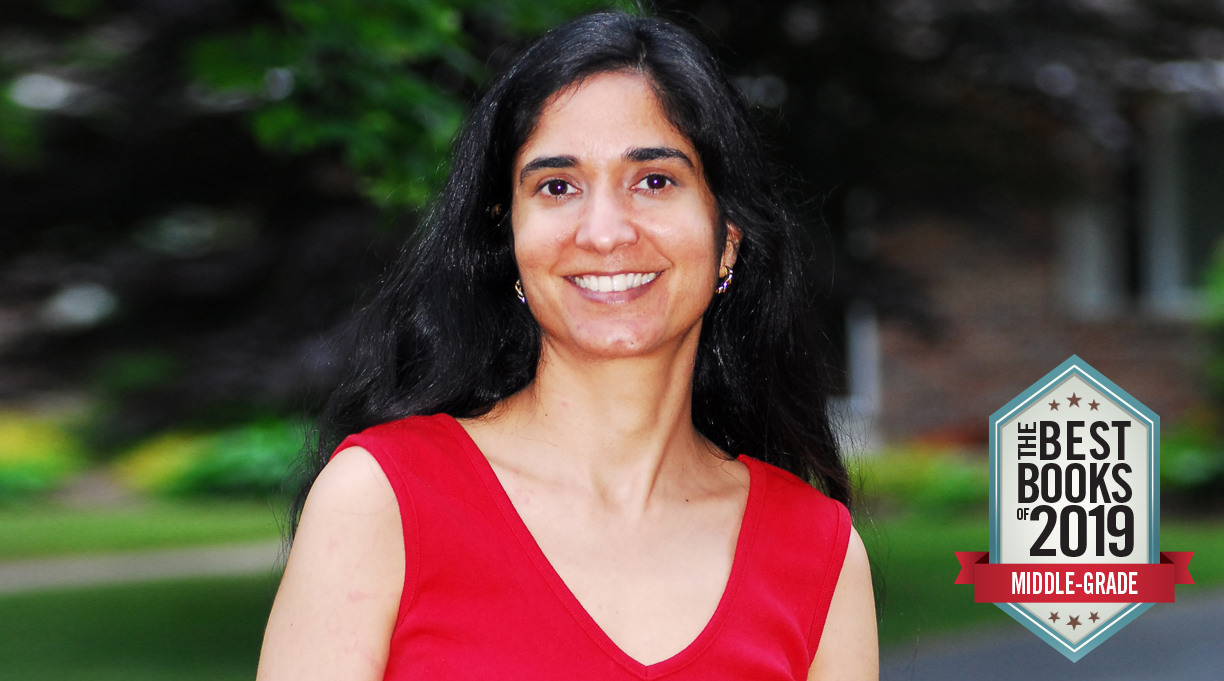 Padma Venkatraman was 8 years old when her parents separated. She went from a relatively wealthy home to living with a single mother (practically unheard of in India, she says) who was struggling to make ends meet. Still, Venkatraman’s mother always made time to help those who had even less—especially children. Through her mother’s charity work, Venkatraman met and befriended orphans and runaways, kids who had been failed profoundly by the adults in their lives. “I always thought I would write a book with [their] stories, somehow, someday,” Venkatraman says.

The result is Venkatraman’s first middle-grade novel, The Bridge Home (Nancy Paulsen Books, Feb. 5). To escape their abusive father, 11-year-old Viji and her developmentally disabled sister, Ruku, leave home for the streets of Chennai. The sisters, along with a pet dog and two helpful boys, build a life on an abandoned bridge until a series of misfortunes forces Viji to grapple with whom she can trust and what she’s willing to give up to survive.

Sexual violence is a harrowing, if never explicit, threat for the girls. Venkatraman felt strongly that it was something she needed to include. “It’s very much part of those children’s lives, right?” she says. Yet the book is far from bleak—the children take great pride in their independence and find plenty of opportunities to celebrate or just be a bit silly.

Like her characters, Venkatraman has been fiercely protective of her independence. She left home (and India) at 19, determined to make her own way in the world. Working as an oceanographer for many years, Venkatraman became convinced fiction was the best way to change people’s minds about the environmental and social problems facing our planet. “I’m a writer because I want people to feel,” she says, “and I realized somewhere along the way as a scientist that no matter how much you know, the world isn’t going to change unless people start to feel differently, and if they feel differently maybe they’ll think differently— and then maybe they’ll act differently.”