A Note from the Editor: Books You’ll Be Hearing About This Month:

Titles We Think Are Worth Your Time 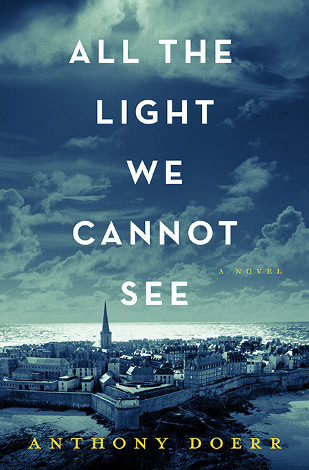 We starred Anthony Doerr’s new WW II novel, All the Light We Cannot See (May 6), about a blind French girl and a German boy whose lives intersect in occupied France. Doerr is the recipient of four O. Henry Prizes, three Pushcart Prizes, the Rome Prize, the New York Public Library’s Young Lions Award, the National Magazine Award for fiction, a Guggenheim Fellowship, and the Story Prize (sheesh, leave some for the other writers, would ya?) Our reviewer likes the fact that All the Light “focuses, refreshingly, on the innate goodness of [Doerr’s] major characters.”….A new story collection by Antonya Nelson is always something to celebrate—Funny Once is out on May 20 and set in the Southwest with more of her tough, sometimes bleakly unhappy (but also quite funny) characters. ….Roxane Gay’s debut novel, An Untamed State (May 6), comes with the kind of early praise (from Meg Wolitzer, Edwidge Danticat and others) that makes you take notice. The novel is set in Haiti as a rich woman is kidnapped for ransom. ….Kaui Hart Hemmings’ The Descendants (2007) became the basis for the George Clooney movie; now, Hemmings is back with The Possibilities (May 13), set in Breckenridge, Colo., as a mother reckons with her son’s death from a skiing accident. Hemmings writes “a piercing, empathetic story about parenthood and unfathomable heartbreak and manages to bring humor and hope to her characters,” our critic wrote in a starred review. ….Anna Brundage is

tussling with her famous artist father’s influence on her life (and her own semifame as a 44-year-old rocker) in  Stacey D’Erasmo’s fourth novel, Wonderland (May 6). If you ask me, D’Erasmo’s writing this time around is more engaging than her previous work, so here’s hoping she gains many more readers. ….Earl Swift’s Auto Biography: A Classic Car, an Outlaw Motorhead, and 57 Years of the American Dream (May 6) caught my attention because its publisher is very proud of the book, but I remember it more for our review, which mentions that the book’s main character, Tommy Arney, “carries surprisingly few scars for a man who is said to have once bitten a police dog back.” I encourage you to go to our site to check out the review, which finishes with my favorite final line of a recently published review (which also happens to be starred): “A big, weird, heartfelt book about a badass who could give a damn whether you root for him or not.”