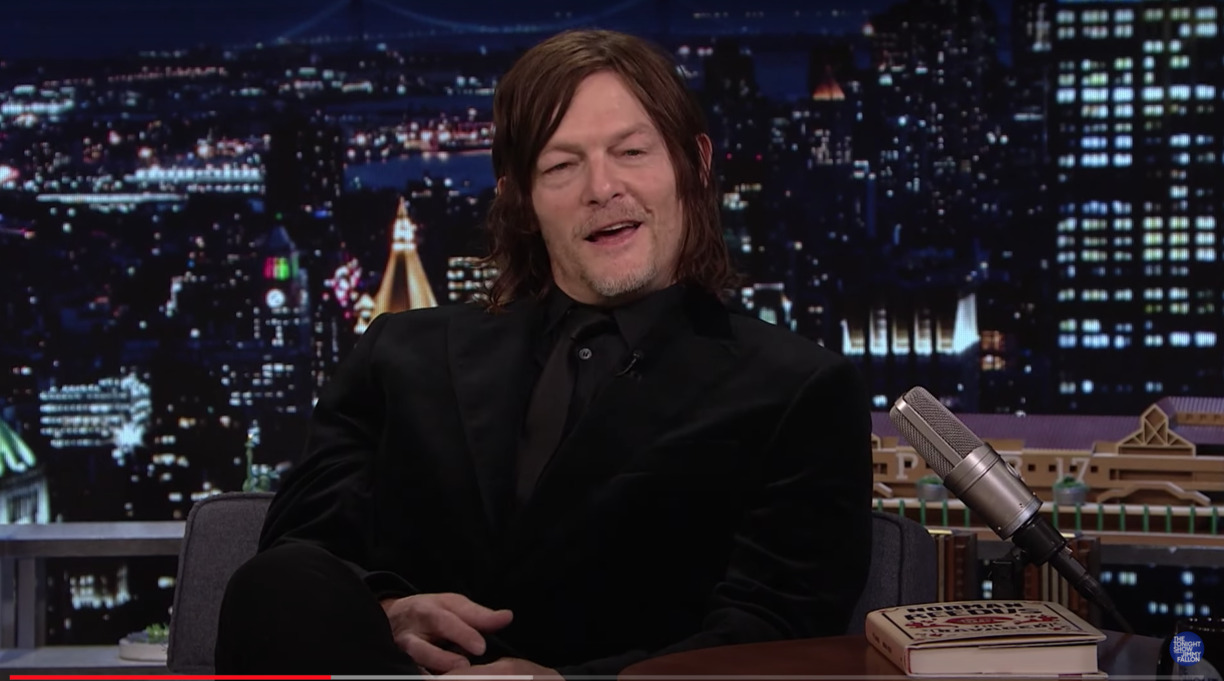 The Walking Dead star dropped by the show to promote The Ravaged, his novel about three people on quests to find themselves. A critic for Kirkus called the book, co-written with Frank Bill, “a curious fetishization of outsiders, outlaws, and the down-and-out.”

Fallon asked Reedus what made him decide to write a novel.

“I’ve been approached a couple of times about writing books about my life, but I don’t want to get beat up, so I’m not going to do that,” Reedus joked. “Maybe later on down the road.”

Reedus said the three storylines in his novel all share the same theme of “finding family along the road, in the weirdest places.”

“There’s a friend of mine who used to hop trains,” he said. “I took his story and I kind of created that [storyline]. And I was shooting [the AMC show] Ride, and I was on an airplane coming from Uruguay to Costa Rica, and I’m sitting next to this businessman on a plane…and people are coming by, going, ‘Can I get a picture, an autograph?’”

The businessman asked Reedus who he was, and he explained he was a television actor.

“He starts talking to me, and he runs one of the largest Fortune 500 companies in the world,” Reedus said. “He’s looking at me with tears in his eyes, and he’s like, ‘I’ve spent my whole life making money. I’ve wasted my whole life.’ And it just hit me, and I sort of ran with a story sort of based on that.”

The Ravaged will be published by Blackstone next week.

Michael Schaub, a journalist and regular contributor to NPR, lives near Austin, Texas.

(This story has been updated to correct the book’s publication date.)