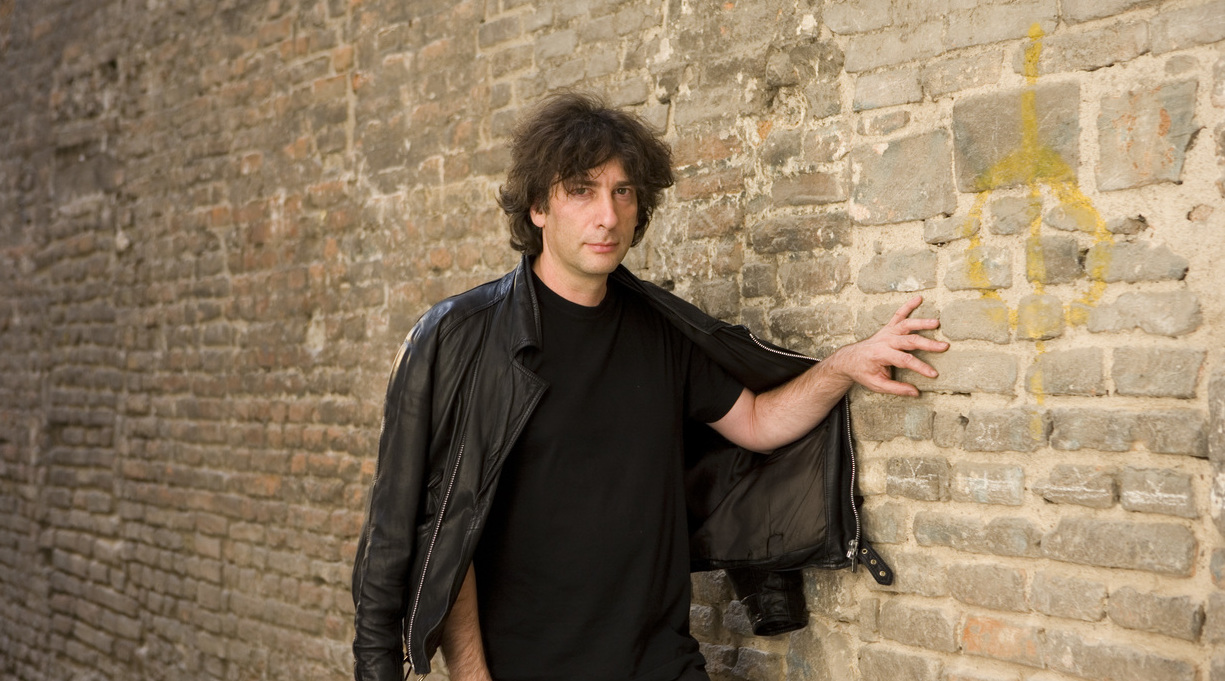 The gods of the Greek pantheon jealously intervened in human affairs. They were jealous, period. They took sides in human wars, raped and killed, imposed outsize penalties on their foes, lured mortals into sin, and then merrily butchered them. Yet, somehow, Greeks built temples to those gods—at least until the next batch of gods came along.

The premise of Neil Gaiman’s beguiling novel American Gods, published 20 years ago this week, runs along just those lines. Like all Americans, the gods are immigrants. Unlike Americans, the gods have very long memories. Says their leader, the Norse god Odin, “We have, let us face it and admit it, little influence.” He adds, “Old gods, here in this new land without gods.”

But there are gods here, new ones, to whom we now build temples: Technology, Finance, Pro Sports, Pop Culture. And those gods are coming after the man whom Gaiman bestows with the thinly disguised name Mr. Wednesday.

Mr. Wednesday figures in the story early on, for he knows and controls all. He is waiting for a sturdy but internally wounded fellow named Shadow, who, thanks to good behavior, has been sprung from prison early. Shadow has been counting down the days until he can see his wife, Laura, but just as he is packing his prison duffel, she dies in a car crash.

Or does she? A grieving Shadow soon finds out even as Gaiman introduces us, one by one, to aggrieved gods from all over the world. There’s Mr. Wednesday’s associate Mr. Nancy, the West African spider god. There’s Bilqis, the avatar of the biblical Queen of Sheba. There are gods from ancient Egypt, Native American deities, the Black God of the ancient Slavs, a leprechaun who’s a whiz at deadly magic. All of them, as Mr. Wednesday says, “exist in the cracks at the edges of society.” And from there, they prey on humans, rape and kill, bewitch and bamboozle even as Odin plans a long con on gods and mortals alike.

There’s not enough room, even on so vast a continent as America, to accommodate so many jealous gods from so many eras. Gaiman’s novel builds, steadily and assuredly, from skirmish to Götterdämmerung, with occasional visits from a spectral Laura and plenty of grotesque violence. One minute readers of American Gods find themselves in a seedy roadside tavern, the next in an otherworldly labyrinth. And though Gaiman writes with great good humor, at every turn very bad things lie in wait for us.

The Greek pantheon, writes Roberto Calasso in Literature and the Gods, awaits its restoration: All we have to do is look into the ancient texts, into The Odyssey and The Bacchae, believe in those gods, and they’ll be back. Shadow, after having been subjected to the tortures of the damned as only the Norse can deliver them, reckons that he doesn’t belong in Valhalla because he didn’t believe in the gods. Answers the Egyptian god Thoth, “It doesn’t matter that you didn’t believe in us.…We believed in you.” All that remains is to choose your gods wisely, Gaiman’s novel instructs—and hope they’ll leave you alone.