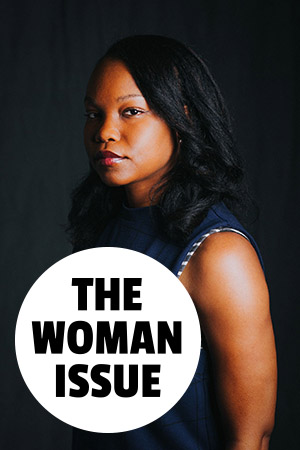 The title derives from a series of 19th-century literary sketches of free black laborers penned by Dr. James McCune Smith. That Smith, a black abolitionist, intellectual, and elite, chose washerwomen and gravediggers for literary representation and pondered them as “heads” of the black community was remarkable. As was his sharp inversion of the day’s popular fascination with phrenology. Where the pseudoscience obsessed over the shapes and sizes of black skulls, Smith’s brief narrations of black life imagined black labor as a means of uplift.

Thompson-Spires’ contemporary riff on Smith’s theme grapples with heads more broadly, from concussions and migraines to leadership and psychology, and is just as provocative. While heads factor into each story, it’s the heartbreaking vulnerability of black bodies that will sear readers’ memories. The visceral details—a cigarette burn, a fibroid with teeth and hair, a stump sealed with skin like the thread of a baseball caked in clay—ground the literary allusions and intellectual abstractions in blood and bone.

Thompson-Spires navigates rough terrain masterfully, alternating dark and funny pieces in between opening and closing stories that grapple with police brutality. The collection radiates depth and authority while remaining endlessly fascinating and readable—a credit to the writer’s Ph.D. in English, her subsequent MFA, and inborn intellect and imagination.

Thompson-Spires says the doctorate gave her research chops and writing discipline while the MFA gave her time and space to explore her craft differently than she had. “I’m really conscious about making sure I’m getting things right and also that my work is in conversation with authors who’ve come before it,” she says. “I’m always referencing other literature and other literary traditions. That’s the fun part of writing.” Indeed, a sense of play and sharp wit pervade the text.

Humor and anguish are twin influences in the collection, which toggles (sometimes within a single story) from sardonic to tragic. A self-flagellating college registrar goes postal when she finds herself on the wrong side of a DMV queue. A weary father clings to fast food and a Frozen sleeping bag in quiet rebellion against his wife’s deranged fruitarian diet and detached parenting philosophy. A girl searches earnestly for someone to teach her to be “black, full black, baa baa black sheep black, black like the elbows and knees on praying folk black.”

“I was kind of a sad, lonely kid who read a lot of books in bed and brought my books to school and read passages aloud to people. ‘Isn’t this hilarious? Isn’t this wonderful?’ ” she recalls. “I would love for that to happen—for my books to keep someone company on a lonely night or lonely day. But also for people to see themselves (or at least versions of themselves) reflected in ways they haven’t seen before. That would mean a lot to me, for people to just feel seen or heard.”

The originality of Thompson-Spires’ characters stems from her desire to write the black nerds, scholars, and strivers she hadn’t read before and also from her willingness to explore black people’s potential to be vexing, villainous, even, and not only victims.

“I didn’t feel like I’d seen enough black characters who grew up middle or upper-middle class and who were trying to navigate the way the class division gives them some kind of privilege but the way the blackness still moderates or even nullifies that privilege,” she says. “I wanted to create complex black characters who, with privilege, could also be problematic in the way that they treat other black people.”