More, More, More: Why We Can’t Get Enough of Children’s Book Series 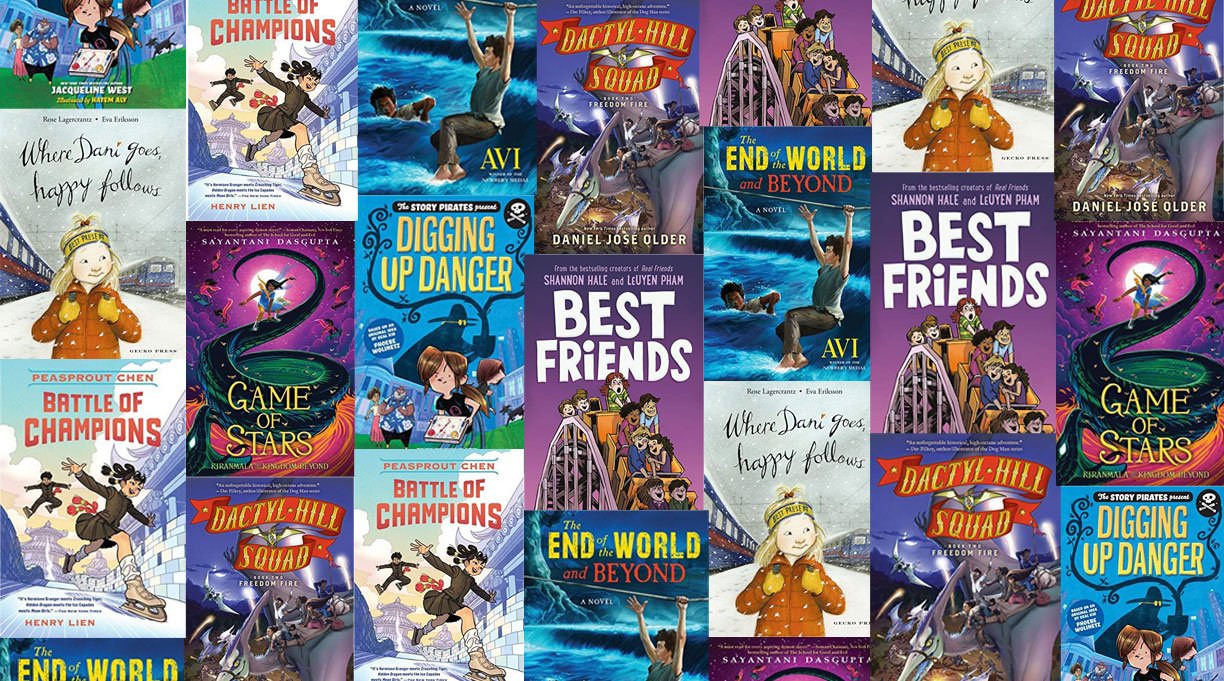 Question: What’s better than a great book with characters you love?

For children and adults alike, a good series turns a rewarding read into a long-lasting relationship. Watching characters change and grow over time and following stories that weave in and out of an ever-expanding fictional universe is sheer joy—and incredible frustration if there’s a long wait between volumes. But what a pleasure it is when they arrive at last. This retrospective season seems as good a time as any to take a look at some of the noteworthy books in series that came out in 2019.

Three notable fantasy series that began in 2018 really hit their stride this year. In Game of Stars (Scholastic), Sayantani DasGupta’s second outing in her series, Kiranmala and the Kingdom Beyond, readers are treated to another adventure that combines Bengali folk traditions and pop culture references from both South Asia and the United States. The laughs readers expect are there, but the emotional connections among characters have deepened, raising the stakes. Likewise, Henry Lien’s second title in the Peasprout Chen series, Battle of Champions (Henry Holt), finds the doughty student of wu liu (the martial art of figure skating) settled into life at Pearl Famous Academy of Skate and Sword and ready to defend its integrity against threats from within. Characters—all Asian, now in place—are free to explore complex themes relevant even to kids not lucky enough to study wu liu. And in Freedom Fire (Levine/Scholastic), Daniel José Older returns to the world of the Dactyl Hill Squad, his alternative 19th century United States, where the Civil War is fought by troops mounted on dinosaurs. Afro-Cuban orphan Magdalys leads her pals, all kids of color, south to rescue her older brother, a fallen Union soldier fighting in an army that does not fully accept him.

Reality-inclined readers have plenty to keep them busy as well. In The End of the World and Beyond (Algonquin), Avi travels to Colonial Maryland, where his hero, Oliver Cromwell Pitts, finds himself indentured as a convict on a small tobacco farm, working side by side with Bara, an enslaved boy from Guinea. The convincingly Dickensian narration and these two characters, one white and one black, allow readers to grapple with some of the darkest parts of American history. Although lighter in tone and aimed at somewhat younger readers, Rose Lagercrantz and Eva Eriksson’s newest outing in the My Happy Life series, Where Dani Goes, Happy Follows (Gecko Press), also takes its protagonist on a journey. Dani, whose mother is dead and who lives with her grandparents in Sweden while her Italian father returns to Rome “to think about his life,” travels alone by train to visit a friend, an odyssey that tests both her maturity and her optimism. Young Shannon Hale finds herself enduring middle school in Best Friends (First Second), her second graphic memoir. As drawn by LeUyen Pham and colored by Hilary Sycamore, the red-haired white girl navigates her diverse middle school and escapes into her varied story worlds to ease the stress of figuring out exactly how friendship works in this universally challenging place.

For kids who might be thinking about picking up pens themselves, the Story Pirates return with Digging Up Danger (Random House), the second installment in their series of stories-cum–writing manuals. Working from a premise provided by 8-year-old Phoebe Wolinetz, Jacqueline West spins a compelling suspense story about the theft of an exotic plant. Hatem Aly’s cartoons both illustrate the action and provide openings for a Story Pirate to point readers to writing tips in the appendix.

All of these books will have readers eagerly asking, “When’s the next one?”