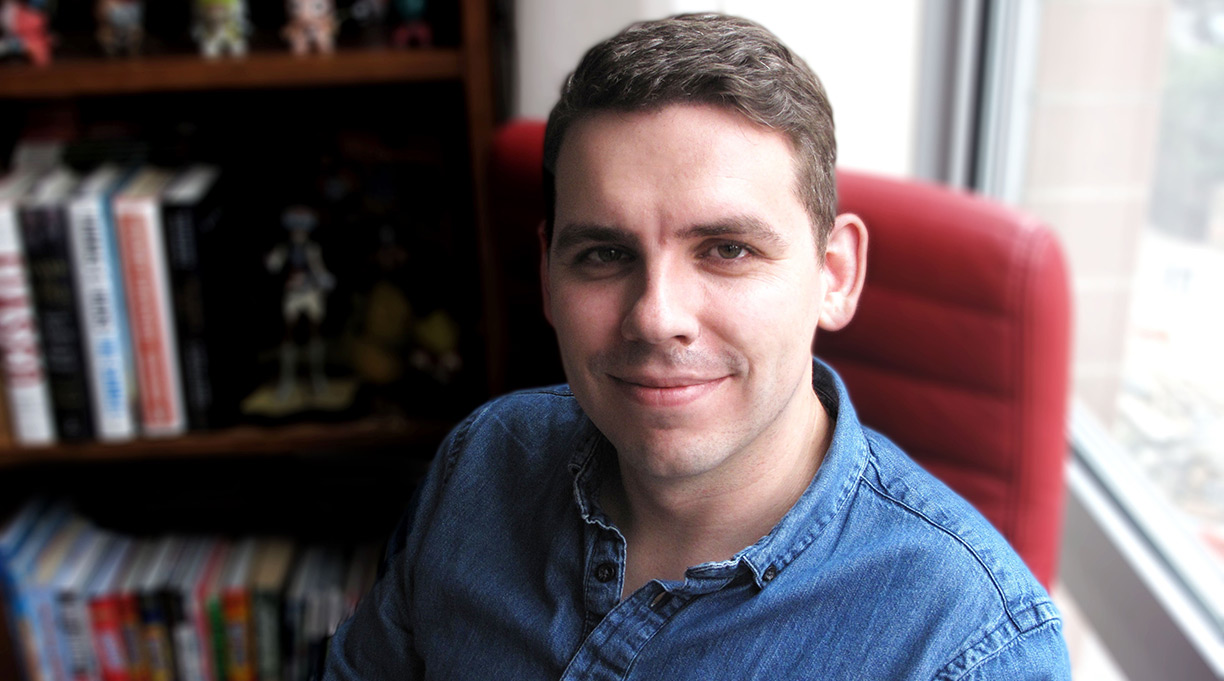 As Max Brallier tells it, he used to sit on the roof of his “crappy” New York City apartment building and write zombie stories. It wasn’t exactly the prolific start that some authors dream of.

“I wrote about a loser guy who was my age in New York City and had a job that he didn't really like,” says Brallier, the bestselling author of more than 30 books—two-thirds of which are for children. “It was basically about me.”

None of those zombie stories made it in to his most recent effort, which is aimed at his youngest audience yet: five-to-seven year-olds who have a hankering for a little spooky fun. Beneath the Bed and Other Scary Storiesis the Kirkus-starred debut of his new Mister Shivers series, a collection of delightfully creepy short stories for kids who have just started reading books on their own.

But his rooftop stories did eventually wind up in his popular “pick-your-own-path” books for adults, Can You Survive the Zombie Apocalypse(2011) and Highway to Hell (2016). Though he’d published a few gift/trivia books several years earlier while working in the contract department at Penguin Books, Brallier subsequently turned toward younger readers, creating several bestselling series for kids including Eerie Elementary(2014-19, under the pen name Jack Chabert), Galactic Hot Dogs (2015-17)and The Last Kids on Earth (2015-19),the latter of which will debut as an animated series on Netflix this fall.

While retailers and critics often place his children’s books in the horror genre, he’s not sure that’s the best descriptor.

“I think that the word ‘horror’ is a little loaded,” says Brallier. “I try not to use it. In my mind, growing up in the ’80s and ’90s, horror meant Freddy Krueger and Jason—like slasher movies. When I was a kid I never identified as a horror fan. But I did like scary stories to tell in the dark and I did like The Simpsons Halloween episodes, which left you a little bit unsettled.”

The Mister Shivers series was born when his Scholastic editor, Katie Carella, emailed him with an idea for the books, saying, “this age group needs this.” He floated the notion of a spooky series for younger readers by librarians and teachers during school visits and got a resounding yes from virtually all of them. They told stories of kids who come to the library looking for age appropriate, spine-chilling stories on their reading level and end up leaving empty-handed. While some might question why younger kids need scary stories in the first place, Brallier completely understands why haunting narratives appeal to youngsters who may have just learned how to read.

“I always thought the best feeling in the whole world was having a horrible nightmare and then waking up to realize, ‘Oh, that was a nightmare. Everything’s okay,” says Brallier. “In much the same way, when you close the book and set it aside, [you say to yourself] ‘I'm sitting here in my house with my family and everything is normal. But that was a nice little adrenaline rush.’”

Brallier likens the satisfaction of reading a good scary story with stepping off a rollercoaster after a harrowing ride.

“You're waiting in line at the amusement park and [you're thinking] ‘I don't want to go on this but I'm going to do it,’” he says. “It's that stomach feeling that makes you feel alive. And it's a safe, good way to feel alive. That's the way a good spooky story can feel. You're a little hesitant to pick it up and open the page but you're going to enjoy it and eventually you're going to feel that sense of relief, like, ‘It's just a story.’"

Laura Jenkins is a writer living in the Texas Hill Country.