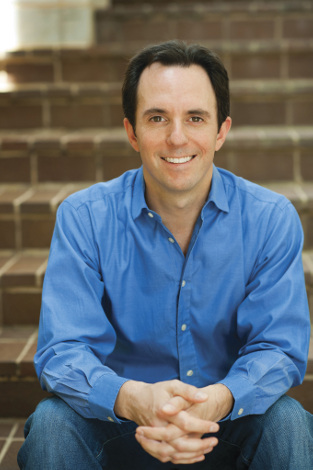 As children, we often think up new worlds to inhabit—worlds that are right at the border of the one we live in. These alternate realities are prized inventions that children will go to great lengths to preserve: the imaginary friend, the coming to life of their favorite toys, the secret world inside the pillow fortress. In 1917, for 9-year-old Frances Griffiths and 16-year-old Elsie Wright, it was the fairy realm.

Marc Tyler Nobleman is known for nonfiction picture books that fill gaps in history and shed light on often overlooked events. “Everyone knows Batman and Superman, but most people don’t know the stories behind them. You’ve got this high-profile hook and then a mystery that will pull people in if the hook doesn’t,” Nobleman says. In his new picture book, Fairy Spell: How Two Girls Convinced the World Fairies Are Real, Nobleman looks at the odd event that captivated the attention of Cottingley, England, residents and then, eventually, the world.

The Griffiths moved from South Africa to Cottingley during WWI, except for Frances’ father, who was serving in the war. During this time, Frances stayed with the Wrights, at her aunt and uncle’s place. Quickly, Frances became very close to their daughter, Elsie, and the two were often found wandering along the creek on the family’s property. One day, the two claimed to have seen fairies. Naturally, none of the adults believed them. So to prove their point, they returned to the creek and took photographs—an extremely complicated process at the time that only the select few had access to. Because the photos depicted fairies and the girls interacting with fairies (made of paper and painted by Elsie), the photos shocked the adults around them, so much so that literary figures like Arthur Conan Doyle took an interest. The story made headlines, and the girls became instant celebrities.

“Today, we live in the narcissist, selfie, fame era, where kids not only want to become famous, but sometimes can become famous overnight by posting a video, and it goes viral,” Nobleman says. Fairy Spell is about two young girls who unintentionally caught the attention of adults in their community and adults and children around the world. Nobleman asks parents to consider what fame involves and how much of a role the imagination plays in this process: How far must children push their imaginations into the real world to get recognition? “I think that a lot of parents these days know that they’re supposed to let their children’s imaginations run wild and to expect some white lies every now and then,” Nobleman says. “That’s all fine, and that’s part of children testing their boundaries and deciding what they really think of the world.”

As they grew older, Frances and Elsie remained the mystical girls that made the world believe in fairies. “I call this story the greatest true story about fairies,” says Nobleman. “I saw a poster of the first photo, which is the most famous, in college, which would have been 25 years ago. I feel like someone at college had a poster of that.” Even decades later, people still know this story as an incredible moment in media history, when the media was doused with very different proportions of lies and deceit. Illustrator Eliza Wheeler captures a delicate nostalgia for time past and for the audience’s capacity to believe in the fantastical. “I just loved her work and thought that her style would really suit the nostalgic, wistful, luminous nature of the story,” says Nobleman. Nobleman protects the girls’ secret, revealing it only as the book comes to an end. Effectively, he gives them the benefit of the doubt, allowing readers to also lean into the fantasy.

Michael Valinsky’s work has been published in i-D, Paper, BOMB, OUT, Hyperallergic, and the Los Angeles Review of Books, among others.