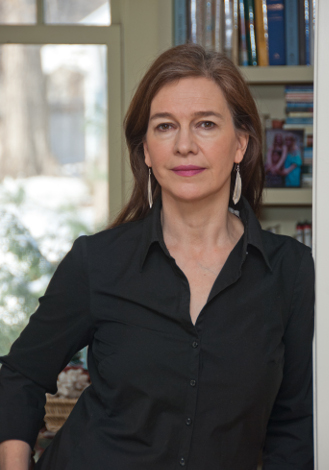 The wind blows cold in North Dakota, the skies filling with a steely gray that casts a pall over a land that, if sullen, is not without its beauty. In these broken fields, among these small lakes and patches of forest, there are time-honored ways of marking the seasons. One is hunting deer, a fact from which Louise Erdrich’s 15th novel, LaRose departs, as the opening line has it, “where the reservation boundary invisibly bisected a stand of deep brush.”

There, an Ojibwe man, Landreaux Iron, faithful to both the Catholic and the traditional gods, goes hunting one day, having studied the habits of a certain buck until he is pretty certain that he can bag it. On the edge of that reservation is a farm owned by his neighbor Peter Ravich, whose wife is Landreaux’s wife’s half-sister, binding the families by kinship if not a certain kind of friendship. And there Landreux steps up, takes a shot with “fluid confidence,” and watches in surprise as the deer bounds away, only to realize that he has hit something else.

That opening, full of pregnant possibilities, began with a snippet of conversation many years ago, when her mother told Louise Erdrich of a man who, having killed a young boy by accident, delivered his own son to be raised by the bereaved family in their own child’s place.

“I don’t remember when that was,” Erdrich says. “And of course the story was only two lines long: ‘A man killed a boy. The man gave up his son to be raised by the other family.’ I never thought I’d write about it, but the story stayed with me, and when I did begin to write about it I knew exactly what was going to happen—for the first 20 pages, anyway. After that, I had quite a time figuring out what to do next.”

The rest of the story thus took its time to unfold as Erdrich coaxed it from memory and imagination. There was the matter of what to do with Landreaux and his wife, Emmaline. In Erdrich’s telling, after a preliminary investigation by tribal police, they step outside the usual system of justice, as the family in her mother’s telling did, to offer their son, bearer of a name that has traveled for generations: LaRose. Left with a new mother, the grieving Nola, it is his task to sort out all the confusions of the story, which Nola’s daughter Maggie simplifies: “You don’t even know what dead means.…Your dad went and killed my brother for nothing.”

Things happen in a flash in this world: in a moment, Landreux and Emmaline’s life together changes—and so does LaRose’s, and Maggie’s, and Peter and Nola’s, and the lives of everyone else within orbit in that small, tight-knit Native community. But was the killing really for nothing? Did it come out of nowhere? Of course not, and that’s where the figuring out what to do next comes in, storytelling born in the moments between Louise Erdrich’s other occupations as mother, bookstore owner, and much-in-demand speaker and writer.

In the end, the story, full of unexpected turns, builds on its National Book Award-winning predecessor, The Round House, to depict the tangled paths of affiliation, family, and friendship that course through the fields and forests of Turtle Mountain, there under that grim, endless sky. Like it, LaRose treats of past and present wrongs, but here the temptation to vengeance yields a justice born of what Erdrich calls “the laws of compassion.” Like all of us, her characters do their best, but not for lack of shortcomings—for, as she adds, “it’s hard to make drama out of perfectly decent human beings.”

Imperfectly decent ones are another matter, though. Louise Erdrich’s newest book is a thoughtful look at all the ways in which we flawed human beings are wrong—and right.