‘Lisey’s Story’: Death of the Author 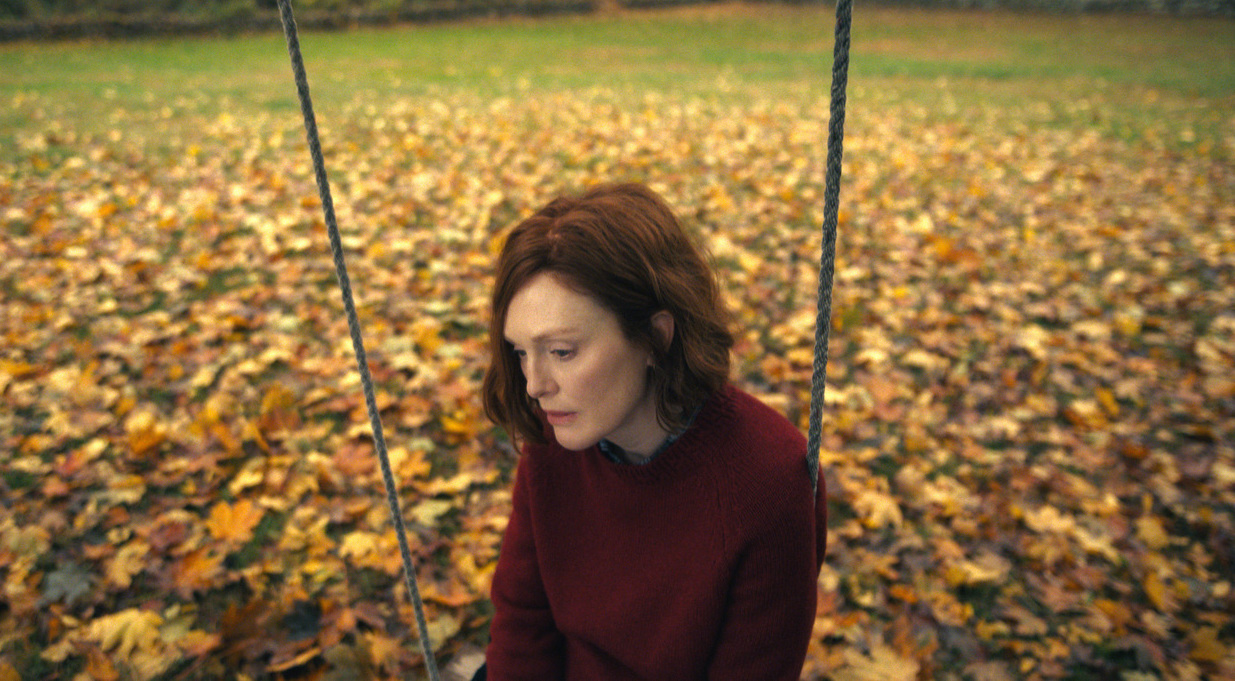 Stephen King’s Kirkus-starred 2006 novel, Lisey’s Story, is mostly told from the perspective of the title character, Lisey Landon, but it’s something of a stretch to call it her story. Really, it’s the story of her famous husband, National Book Award–winning author Scott Landon, who died two years before. He’s pretty much the only thing that Lisey thinks about, and as she goes through his papers in his cluttered workspace, she struggles with her memories of their life together. She also discovers that Scott has left her notes as part of an elaborate scavenger hunt, which he calls a “bool hunt”; it’s a game that seems designed to reveal all of his secrets to her—some of them very dark, indeed—and also remind her of their shared connection to a secret, supernatural realm called Boo’Ya Moon. A new miniseries adaptation of the novel—written by King, directed by Pablo Larraín, starring Julianne Moore and Clive Owen—premieres on Apple TV+ on June 4.

There are other significant characters in the story, including Lisey’s mentally ill sister, Amanda, who has a breakdown very similar to one that Scott once had, and a stalker, Jim Dooley, who’s determined to get his hands on Scott’s unpublished works and threatens Lisey with horrific violence. But Scott is undeniably the main focus, and the only figure to receive any significant character development for much of the novel. Readers learn about his profoundly terrible childhood at some length—including multiple, drawn-out scenes of child abuse—and how he would sometimes seek refuge in Boo’Ya Moon, which featured gorgeous trees and a healing pool but also a monstrous being known as the “long boy.”

Readers also learn of an incident in which Scott was shot, point-blank, by a devoted aficionado of his work. They can look to 1987’s Misery if they want more of King’s commentary on fandom, but Lisey’s Story is mostly about dealing with the aftermath of trauma, and it effectively captures how people go to elaborate lengths to avoid facing the past. It’s also, of course, about grief, although King arguably tackled that theme far more effectively in the harrowing 1983 novel Pet Sematary. It’s clear that the author was working out some of his own feelings about mortality in Lisey’s Story; it is, after all, a tale of people grieving the death of a wildly successful author from Maine.

The miniseries hews fairly closely to the novel, with some scattered changes—a dead raven in a mailbox instead of a dead cat, for instance—and some occasionally impressive CGI effects. Thankfully, it deletes much of the book’s folksy/cutesy language, such as Lisey’s frequent use of the word smucking instead of the F-word—an in-joke she had with Scott that wears thin very, very quickly. (It does keep the nicknames babyluv and Manda-Bunny; you can’t win them all.) It also retains some highly disturbing scenes that feel like they go on longer than necessary, even in the context of a horror story; this may be a by-product of the leisurely miniseries format, which feels a bit too lengthy for this tale. It’s not hard to imagine it, with a few nips and tucks, as a two-hour feature film.

That said, the eight-episode series does give its impressive cast plenty of room to show off its craft. Oscar winner Moore, as Lisey, brings a welcome intensity to the role, making it far more interesting onscreen than it is on the page. Owen, meanwhile, brings a quiet vulnerability to the character of Scott, who seems like a larger personality in the book. Unfortunately, the two actors, despite their best efforts, display surprisingly little chemistry in their many scenes together—which quickly becomes a problem in a story about a marriage. Tony Award winner Joan Allen, as the troubled Amanda, and Jennifer Jason Leigh, as Lisey’s prickly sister, Darla, are both at the very top of their games, and Dane DeHaan is effectively creepy as Jim Dooley.

The lengthy miniseries format also allows for a fair amount of repetition. Indeed, the adaptation can feel very disjointed at times, with its constant callbacks to previous scenes when Scott said this or did that. Don’t forget, the filmmakers seem to say: It may be Lisey’s Story, but it’s all about Scott. Perhaps if this miniseries is a success, King will be inspired to create a sequel: Lisey’s Story II: For Real This Time.