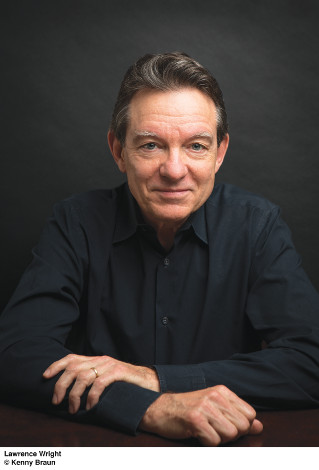 Lawrence Wright has been a working journalist for half a century, traveling the world over as a staff writer for the New Yorker and other outlets in order to gather the material that would later turn up in urgent books such as The Terror Years, a history of recent Islamist militancy, and Saints & Sinners, a foreshadowing of the Christianism that has taken political hold in this country. A Pulitzer Prize winner, he earned some of his early clips writing for Texas Monthly, the storied, muckraking magazine that nurtured so many prominent writers—and, having taken on everyone from Al Qaeda to the Scientologists, he’s settled down in the place in which he came of age. “I grew up in Texas,” he tells Kirkus Reviews. “It’s an ambivalent experience. But there are irresistible bonds, and it’s home.”

Wright turns his attention to home ground in his new book God Save Texas: A Journey into the Soul of the Lone Star State, examining a place bigger than most countries to limn from it a number of different angles: as an icon of popular culture, from the Wild West and Urban Cowboy to the country-longhair ethos of Austin, and as a stereotype of redneckery and backwardness. “When I tell people outside the state that I live in Texas, they often look at me uncomprehendingly,” Wright says. “It’s like saying that you cheat on your taxes. But if I say I live in Austin, the nearly universal response is, ‘Oh, Austin is cool.’ ” (He adds, “Living in Austin is forgivable in a way that living in Texas is not.”)

Interestingly, for students of trends, Wright also looks at the Lone Star State as a political bellwether for the rest of the country. He likens Texas to California as “two assertive, contrary forces,” for even though there are plenty of progressives in Texas and plenty of conservatives in California, the vision each country-sized state offers is indeed quite different. Wright considers this a healthy testimonial to diversity, though he imagines that Americans are increasingly being forced to make a choice between the two—in which case he’s betting on the entrenched conservatism of Texas to come out ahead of the California dream.

Wright’s own politics tend to the blue side of things, but he harbors some of that conservatism himself, holding, for example, that the border needs to be policed and a workable immigration policy needs to be put in place and enforced. “The demography of the state is Democratic,” Wright says. “But Texas has always been at the bottom in terms of voter turnout. The most recent primary gave some indication that that might be changing. We’ll have to wait until November, though, to see whether Texans really want change.”

In his book, Wright calls Texas a place that is “standing on the margins but also growing in influence, dangerous and magnificent in its potential.” We’ll hope that the

magnificence is the operative word—and, asked to name a favorite Texan, Wright doesn’t hesitate in naming Lady Bird Johnson, who worked so hard to beautify America’s highways by, among other things, agitating to take down the road-fringing, view-blocking billboards and junkyards of old. “I think her contributions are underappreciated, and she did what she could to enhance this country’s beauty,” Wright says. “Our nation’s roads were so cluttered before Lady Bird had her way with them.”

Meanwhile, Wright’s own influence is at a high point, it would seem; Hulu is running a 10-episode dramatic series starring Jeff Daniels based on his 2006 book The Looming Tower, with the possibility of seasons to come, while a theater in Houston will soon premiere a play of Wright’s based on the making of the Richard Burton–Elizabeth Taylor vehicle Cleopatra. And in all that, does Wright have time to wedge in another book? “I’ve got a lot of things to look at and would love to do another New Yorker story soon,” he says, “even if my life has been somewhat busy these days.” We’ll take that as a yes.