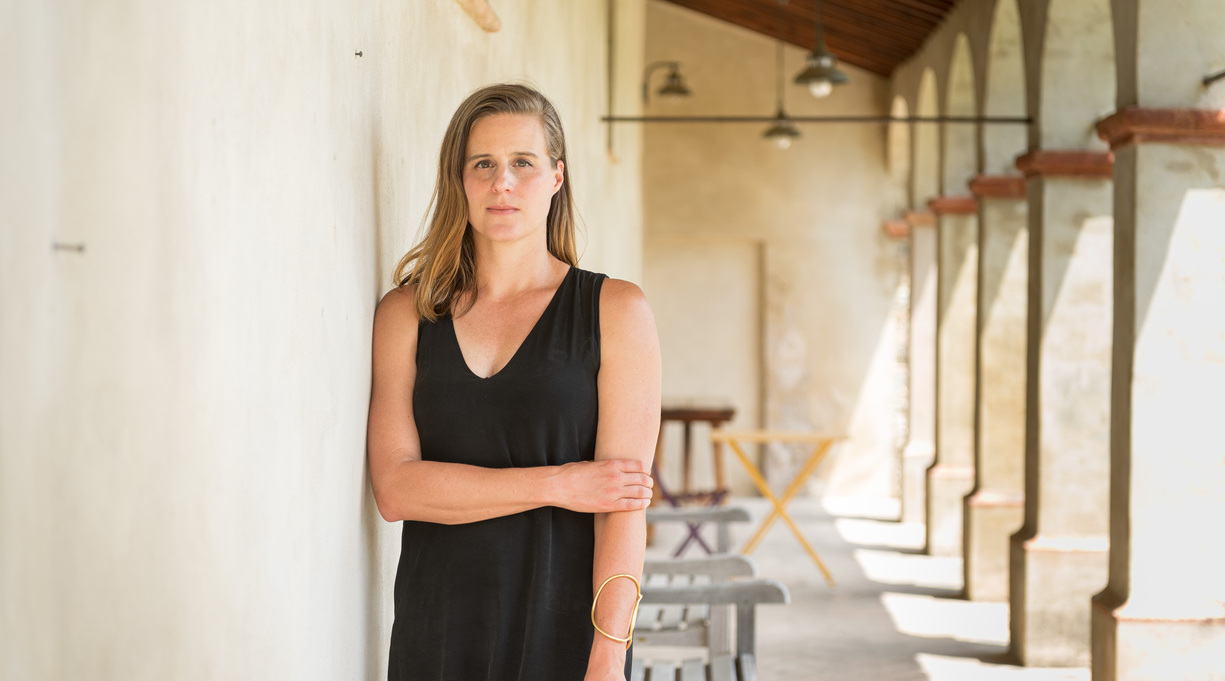 Lauren Groff is running behind schedule. The critically acclaimed author of four novels and two story collections, Groff spent her afternoon cancelling plans. In Florida, where she lives, the average number of daily Covid cases has catapulted over the 17,000 mark during the first week of August, when we chat over Zoom.

The emotional realities of the pandemic have hit Groff hard, she tells me. “I have swung through periods of profound depression, and I find it almost impossible to write when I’m depressed,” she says. “There are weeks, months, maybe even a full year where I would just sit there and write shitty sentences, or no sentences at all, and just stare at the page and cry. Crying is also part of my work,” she adds with a wry laugh.

It’s been six years since the publication of Groff’s novel Fates and Furies. A runaway critical and commercial success beloved by former President Barack Obama—and a finalist for multiple awards, including the Kirkus Prize—Fates is a scintillating portrait of the marriage between a golden playwright named Lotto and a reserved woman named Mathilde. Told in two parts, the novel’s second half is narrated by Mathilde, who unravels everything that we’ve learned in the first. Mathilde’s voice crackles with a calculating and ferocious anger that felt bracing and new, especially in 2015. That is the pleasure of the book: discovering the shocking distance between Lotto’s portrayal of Mathilde and the reality of her interior life.

Readers introduced to Groff through Fates may find her fourth novel, Matrix (Riverhead, Sept. 7), a radical departure. She has abandoned not only familiar settings, like New York City and the upstate idyll portrayed in her first two novels, The Monsters of Templeton and Arcadia, but North America—and the 20th century—altogether.

Matrix delves deep into the mist and mysticism of medieval England and France. It follows the astonishing life of a poet who, under the pen name Marie de France, wrote the first verses ever attributed to a woman in French literary history. As a student at Amherst College, Groff was mesmerized by de France. The fascination lingered for decades, and she even attempted to translate de France’s poetry. Then, “late in the Trump presidency,” Groff recalls, she attended a lecture about medieval nuns, where her love for Marie de France suddenly took on a new and exciting direction.

“As I was sitting in the audience, it wasn’t like a mystical vision, obviously, but I could see the book in front of me,” she says. “I could see that this was my next book because it was dealing with a lot of the ideas that I really wanted to wrestle with, about power and God, about climate change. And I just wanted to live among women,” she adds, laughing. “I didn’t want any more men yelling at me ever again.”

Marie de France was a real person, though historians remain divided on which person she happened to be. Unlike Thomas Cromwell, the infamous protagonist of Hilary Mantel’s Wolf Hall trilogy, whose life was well recorded, the true identity of Marie de France remains hidden behind the veil of the past eight centuries. Emerging out of this gap in the historical record is the Marie of Matrix, a pioneering abbess who navigates the court of Eleanor of Aquitaine, witchcraft accusations, a papal interdict, and endless challenges to her godly authority.

Over six decades, Marie transforms a struggling English abbey into a utopian haven for a growing community of prosperous religious women. “I did a huge amount of research in sheer joy and delight and reverse-engineered Marie out of elements from her work,” says Groff about the process of finding her way into the story. Groff also visited the Abbey of Regina Laudis, a Benedictine nunnery in Bethlehem, Connecticut. “I spent a lot of time out in the gardens, pulling up weeds and chopping wood,” she says. The nuns there keep a liturgical schedule similar to the medieval one described in Matrix, right down to the hymns. “There’s something beautiful and joyous about this community of women taking care of each other,” says Groff. As she describes how many younger nuns seek education in health care in order to take care of their aging sisters, Groff’s eyes well up.

Evidence of tender communal care is everywhere in Matrix, as is a special attention to the aging body of its protagonist. The result is a narrative that is both otherworldly and deeply of the world, rooted as much in Marie’s mystical visions as in the unbearable discomfort of her hot flashes. Perhaps this is why the experience of time in the novel is so swift and unforgiving, whole decades dispatched in a sentence.

Nor does Groff shy away from the bodily desires of women, even religious ones. There are nuns who have sex with other nuns and nuns who become pregnant by sleeping with day laborers. Groff is matter-of-fact about this. “Ultimately, we’re animals,” she says. As for the details? “I tried very hard not to make anything up in terms of their sex lives,” she adds.

Briefly, Groff becomes heated as she considers past responses to her work. “I made a vow that I would never write another novel without a sex scene in it, because the reception of some of my sex scenes in the past [has] been so brutal and so deeply anti-feminist,” she says. This kind of criticism only fuels her fire. “I write in opposition, in a certain way; I get a lot of joy [pushing] against,” she ultimately says of her work.

While writing Matrix, however, the opposition Groff contended with was internal—a twin moral and aesthetic struggle. “I was deeply uncomfortable with the idea of historical fiction—because…I do believe it’s probably impossible, or maybe amoral, to write a book now that doesn’t at least engage with the largest human catastrophe of our time, which is climate change,” she says. “And I do think that it’s a moral question. Why are we as writers focusing on anything but that at the moment?”

In Matrix, Groff addresses the topic by widening the lens of her narration, zooming out from Marie’s point of view to detail how the nuns have forever changed their landscape. “What she does not see behind her is the disturbance her nuns have left in the forest,” Groff writes. “[It] will take a half century to lure these tiny birds back.”

Despite the devastating losses of the pandemic, and despite the terrifying threats of climate change on the horizon, Groff’s ministrations to her fiction continue. “I have in mind a much larger project that Matrix is a part of,” she reveals with a degree of caution. “I will never write a sequel [to] it, but I’m thinking about it as one star in a constellation.” The books to come after Matrix will be stylistically different, with different subjects, and set in different times, she relays, but with “overarching obsessions that link them.”

“I don’t know even what to call it,” she says. At last, she hits on a phrase that satisfies her. “I think they’ll just be weird sisters.”

Kristen Evans reviews fiction for Kirkus and writes about culture for BuzzFeed, the Los Angeles Times, the New Republic, NYLON, and elsewhere.