Get Happy With Katherine Heiny 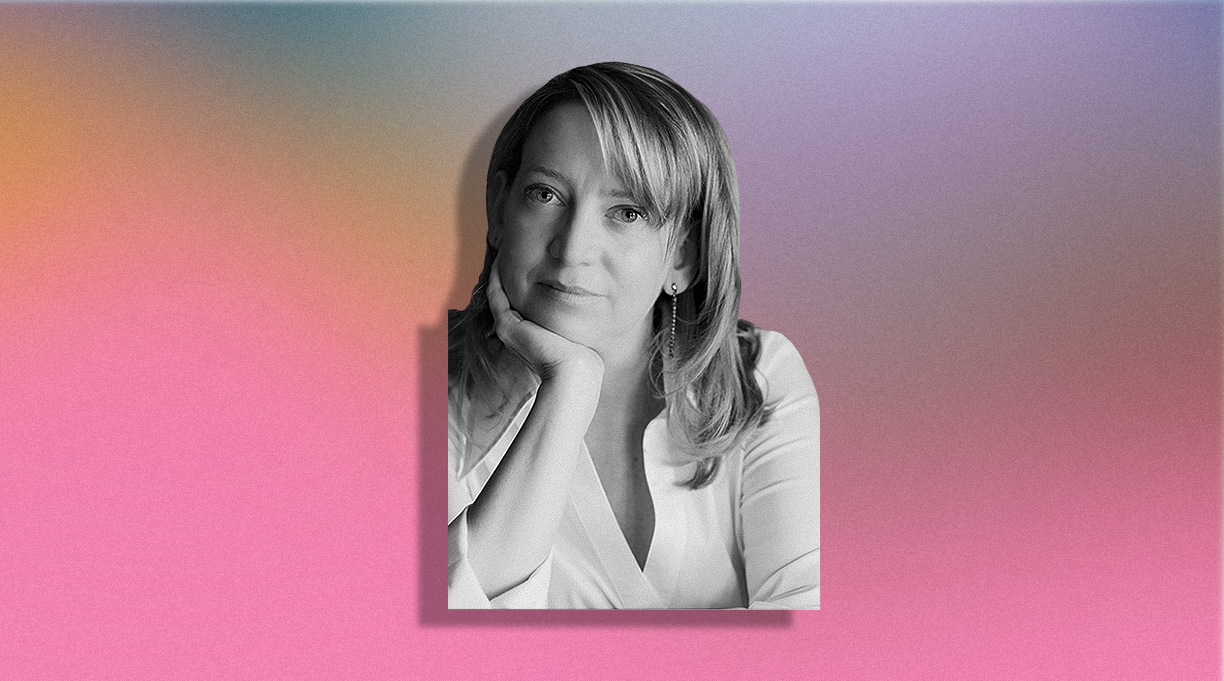 There’s no such thing as a villain in Katherine Heiny’s books; she writes about all her characters with so much affection—even the annoying ones—that you can’t help loving them. Her new novel, Early Morning Riser (Knopf, April 13), introduces Jane, a schoolteacher who’s just moved to small-town Boyne City, Michigan, in 2002. On Page 1, she meets Duncan, a thoughtful and sexy woodworker moonlighting as a locksmith. She’s just come from Pajama Day at school, and she’s locked herself out. Soon they’re a couple, and Jane is somehow also intimately connected to Duncan’s ex-wife, Aggie, a real estate agent who can make cooking dinner for someone seem like an act of aggression, and Aggie’s colorless new husband, Gary. Also Jimmy, Duncan’s assistant, who’s described as “slow learning,” and his mother, Mrs. Jellico, and Frieda, the music teacher, who can be counted on to produce a mandolin at virtually any moment. Sometimes Jane would like to be alone with Duncan, but that doesn’t seem possible—especially after an accident at the end of Chapter 2 changes all their lives. Heiny recently spoke to me from her home in Bethesda, Maryland, where she lives with her husband and two teenage sons; our conversation has been edited for length and clarity.

I think that when this pandemic is over, people aren’t going to want to revisit it through fiction, but I’d actually like to read a quarantine novel written by you. In your books, you throw people together in different combinations and see what happens. And I thought, if they could never leave the house, it would be even more intense.

So what’s it like being stuck in the house with your family for such a long time?

It’s chaotic, because there’s always someone in the kitchen, either eating or making something or loading the dishwasher. Our dogs think it’s the most fantastic existence, with the perpetual chance for people to drop food. I remember, about 30 years ago, I had a friend who was a writer in London, and her family was constantly coming to visit her and then not understanding that when she got up from her computer to make a cup of tea, she was still writing. So as soon as she stood up, they were like, Can we go to Covent Garden? And now I feel like it’s hard for me to find blocks of time where nobody’s going to come barreling in and ask me why we’re out of potato chips. But we still miss each other when somebody’s gone for like six hours.

Your books are all about love. Not falling in love—that just kind of happens at the beginning.

I don’t really like to write about people meeting each other and falling in love. It’s much more interesting to me to pick it up in the middle. I think that love is so strong, and you feel it for so many people in so many different ways. That’s perpetually amazing to me.

Your characters are so vivid and specific. Do they appear to you fully formed? Do your books start with a character or with a situation?

I start with a character usually, even though this book, compared to my other books, is tremendously plot driven. I grew up in Michigan, and my husband and I had a house in Boyne City for 20 years, and I wanted to set a novel there. The first novel I tried to set there was about a brother and sister who hire somebody to get in a car accident with their mother because they want their mother to stop driving, and the person they hired was Duncan. I couldn’t make that novel work, but I really liked Duncan, so I started over. And my son’s third grade teacher told me that the Drug Enforcement Administration got a tip that someone at her house was growing marijuana, but they had the wrong address. So the DEA came and kicked down her door, and she and her husband were at school—they’re both teachers, and it was Pajama Day. So they had to come home and deal with the DEA in pajamas. That’s why Jane is a teacher—I was like, boom, she’s a teacher, I can use that joke.

You recently wrote an introduction to a reissue of Laurie Colwin’s Happy All the Time, a title that would have worked for any of your books.

I think she’s a confident writer to name a book Happy All the Time. I would be so insecure that reviewers wouldn’t like it and would say This book made me unhappy all the time. And basically on the third page, she tells you exactly what’s going to happen. She’s like, And this is how these two guys got married to their wives. And I’m like, Wow, she’s really throwing down the gauntlet, saying Keep reading, it’ll be worth it.

Your husband is a former MI6 agent. That sounds like something out of a novel. Are you allowed to tell people?

When I first met him, he was under a death threat from the KGB, so it was supersecret. He told me after we’d been dating for a few months: I’m not a diplomat, I work for MI6. And I was like, What is that? That’s probably why he married me, because I was so unimpressed. And even after I understood what it was, I was like, Is that true? Because what are the odds that you’re dating a secret agent, it’s just so bonkers. So he was undercover the whole time we were in New York, and then we moved to London, and he was undercover there. Then a former MI6 agent went to the newspapers and published a list of hundreds of agents who were undercover, compromising them all, so when we moved to Washington, he was doing an official job. But before that I was always really afraid I was going to get drunk and tell someone at a party. And even today, when we rent a car or whatever, and the person says, Where are you from? What brings you to town? he won’t answer that.

Who are some other writers you admire?

I love Stephen King, and we could not be more different. In fact, a couple of years ago, he gave an interview saying he doesn’t really like books about relationships. That’s a hope crushed! But he’s just so talented, so creative, and so prolific in his sentences. They’re just so perfect. Anne Tyler is a writer who’s really influenced me. She writes books with a lot of passing of time with each chapter. When I moved to London when I was 30, within about a week of us getting there I read Bridget Jones’s Diary and High Fidelity, and I thought I’d died and gone to heaven. I can’t really overstate the impact those books had on me and how they made me understand you can write a comic novel, and you can also write a novel where not a whole lot happens. I’ve read those books 10, maybe 15 times each.