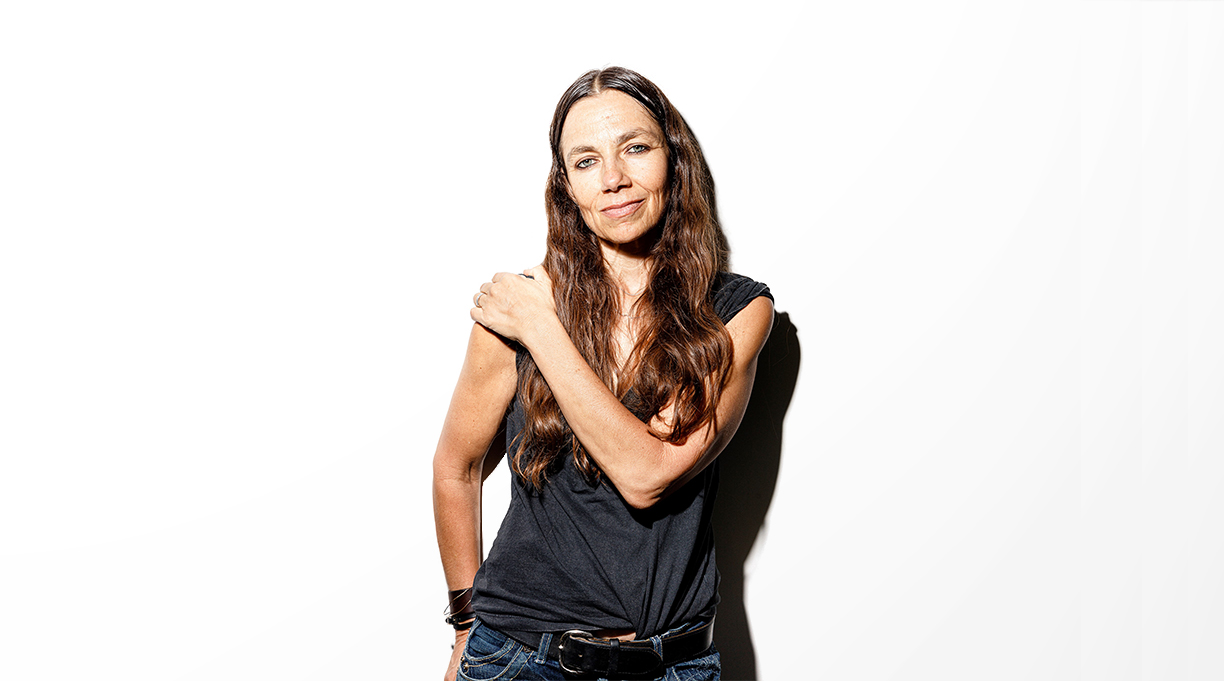 After eviscerating the hollow construct of celebrity in her 2018 book, Fame, actor and director Justine Bateman turns her shrewd cultural eye to our most visible “one square foot of skin,” the face—in particular, the female face, so consistently scrutinized and often denigrated by observers as a woman ages. “I hated the idea that half the population was perhaps spending the entire second half of their lives ashamed and apologetic that their faces had aged naturally,” she writes early on in Face (Akashic, April 6). In a starred review, Kirkus calls the book, a combination of personal analysis and a series of nearly 50 stories about the experiences of other women, “an engrossing look at an issue that continues to be problematic for millions of women every day.” I spoke to Bateman via phone from her home in Los Angeles; the conversation has been edited for length and clarity.

Face seems like a natural follow-up to Fame. Could you talk about the germination of this one?

There’s a chapter in Fame about when I made the mistake of Googling my name and found all sorts of nasty comments about how I looked. I started wondering about how we assembled the line of thinking in our society in which an older female face is “undesirable.” What’s going on with the assumption that everyone should “fix” their face? It’s such a matter-of-fact assumption, and I found it bizarre that everyone just goes along with it. So I wrote the book to get at the root of this idea. I wanted to disabuse women of this assumption, to let them know they could just reject it—and I don’t mean in a positive-affirmation manner, because I don’t think affirmations on their own do much of anything. They can become fodder to further beat yourself up: If you had affirmed yourself correctly, you would be better now.

That can become a vicious cycle of self-doubt.

I think so, but if one can get to the root of why they have adopted a particular belief, it helps. If I don’t judge it and just write it down or say it out loud, it starts to erode the anchor for that idea—that you should be ashamed of your face because you’re older. What is the anchor? Well, I’m afraid of being left out. Humans make this choice all the time. Am I going to go along with what somebody thinks of me so that I can be part of this group, or am I going to reject that and be on my own? More often than not, they will choose the former. I think it’s part of our evolutionary history to want to be part of the group, because you don’t want to be left behind by the tribe.

Is there an evolutionary component at play?

I’m not an anthropologist, and none of this is to be read as a heavily researched book of anthropology. I’m merely presenting ideas to think about. One may be the unconscious belief that once a female is no longer fertile, she’s not very useful. I don’t believe that, but I think a lot of the assumptions that people have about older women—or that older women have about themselves—are tied to that idea. I hear women say something like, When I was younger, I got a lot of attention. But as I got older and my face changed, I didn’t get that attention anymore and felt invisible or worthless. Isn’t that interesting? The belief that a woman’s value is wrapped up in whether or not a man finds her sexually attractive.

So how do you navigate in an industry that is often superficial and critical?

It comes down to working on myself. I’ll dig down to figure out what caused me to be susceptible to certain criticisms. I know some people want to change the behavior of other people around them, but I’m not interested in that. I’m interested in changing my own reaction to things, removing my buttons. Then, I can be in situations where people are saying horrible things about me, and I can tell myself, They’re speaking a language I don’t understand.

What’s next in your entertainment career?

I’m a filmmaker, and I wrote, directed, and produced a film called Violet, with Justin Theroux, Olivia Munn, and Luke Bracey, which comes out during South by Southwest [the online festival took place March 16-20]. These days, I prefer directing. If a friend or an incredible filmmaker I love asked me to do a part, I would look at it, but it’s not a focus for me. I really love writing, directing, and producing. I’d like to die on a set.

Do you have any writing background beyond screenwriting?

When I was a kid, I was always writing short stories and poems and creating collages. I love reading. I absolutely adore the short stories of Joyce Carol Oates and Deb Olin Unferth. There’s something about the short story or short film. You have to introduce something, pay it off, and get out. I love that challenge of economy.

Speaking of economy, tell me more about the process of assembling the character sketches in the book.

I had my feelings and emotions about the topic, and then I interviewed about 25 people—mostly women but a couple men—so I could hear both common thoughts and different experiences. It’s creative nonfiction. I didn’t want to tell a straightforward story but rather narratives based in emotional impressions and thoughts and experiences related to this 1 square foot of skin.

Are you working on another book?

I just started this morning, actually. I had three books in mind, and this last one is about my experience going to college at age 46. I graduated at 50 with a degree in computer science and digital media management. One of my husband’s co-workers suggested that I keep a blog. I thought it would be boring, but it was nice to have all the experiences in one place, and then I branched out and invited other women and men who were going to school at a later age to send me their stories.