An Ode to Girlfriends, Cigarettes, and Eyeliner 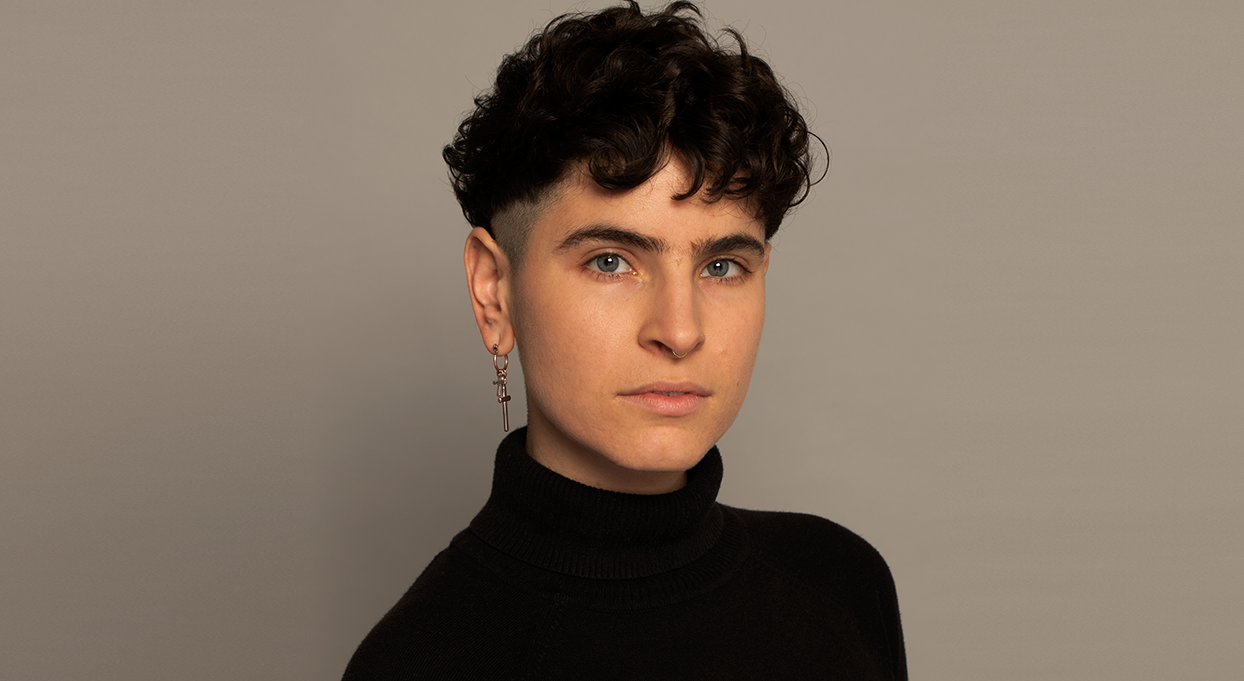 The hilarious baptism for the long-dead baby in Juli Delgado Lopera’s bracing new novel is not an event that actually occurred. Despite its autobiographical undertones, Fiebre Tropical is fiction, after all.

But the author’s family did once consider the idea.

“My family became very religious when we moved to this country,” says Lopera, who was raised a “strict Catholic” in Colombia and immigrated to South Florida with their family at 15. In Florida, their mother joined what Lopera describes as a “culty church.”

“I remember once a big conversation about baptizing and naming babies that weren’t born because they were miscarriages,” Lopera says now. “I was like, ‘This is ridiculous.’ We never really did it, but it was a conversation women in my family were talking about.”

Years later, in an MFA program at San Francisco State University, Lopera recalled that discussion and thought what a good writer always thinks: What if?

That stroke of genius—one of many—was part of the genesis of Fiebre Tropical (Feminist Press, March 4), a funny, vibrant, and surprisingly moving coming-of-age novel about alienation—from your home, your family, the yearnings of your own heart. At its center is awkward but passionate Francisca, a 15-year-old who has left her home in Bogotá with her mother and sister to live with her grandmother in the sweaty and oppressive steam bath that is Miami.

Miserable and lonely, Francisca rebels when her mother drags her to the new church. Located in a Hyatt ballroom, the congregation encourages Mami to baptize the baby she lost to miscarriage 17 years earlier, using a Cabbage Patch doll as substitute.

Francisca wants no part of it.

“All I wanted were my girlfriends back home, cigarettes, and a good black eyeliner,” she says. “None of which Miami was giving me.” But there’s no going back, because “this wasn’t a Choose Your Own Migration multiple-choice adventure with (a), (b), and (c) laid out at the end of each page and you could simply choose (b) stay in Bogotá, you idiot.”

But when Francisca falls in love with Carmen, the pastor’s daughter, she decides to give Jesucristo a chance. “And so, queridisimo reader, with eyes shut and holding Carmen’s left hand while her right hand landed on my forehead,” Francisca trades Sylvia Plath for Papi Dios—with hilarious and sobering results.

Fiebre Tropical began as a short story, but the lively, conflicted Francisca proved too big to be contained, her voice so vivid and wise that she needed more space: “Women in my family possessed a sixth sense, not necessarily from being mothers, but from the close policing of our sadness: Your tristeza wasn’t yours, it was part of the larger collective Female Sadness jar to which we all contributed.”

Lopera departs from Francisca’s point of view twice, for chapters exploring her mother and grandmother and their adolescences, shifts that add depth to the story. “I wanted to see what it would’ve meant for each woman to be 15 and coming-of-age in their worlds,” Lopera says.

Fiebre Tropical is written in English, but few paragraphs pass without a Spanish word or phrase or expression, a dazzling echo of the way language flows in immigrant communities.

“I had to learn English from the ground up 16 years ago,” says Lopera, who now lives in the Bay Area. “Because I was seeing it from the outside I could see the contour of the language differently. Nobody around me spoke standard English. Everybody was an immigrant, and they were mixing and pushing and creating language in a way that suited them….People speak like this if you go to New York or Los Angeles or Miami or even Texas. I think the literary establishment has not caught up with the way language is evolving on the streets. People translate the world for themselves every day. It exposes you to a better understanding.”

You don’t need to speak fluent Spanish to appreciate the rhythms of Fiebre Tropical. Besides, as Lopera points out, being a little uncomfortable and out of your depth linguistically is something that brings us together.

“I think what’s happening with language is really exciting. I’ve been here 16 years, and I still have to translate things every day, like idioms in English I don’t understand. My partner was born here, but I don’t always understand the jokes in English. We have to explain things to each other. There are so many people who exist in translation.”

Connie Ogle is a writer in Florida.