Channeling the Power of Hope 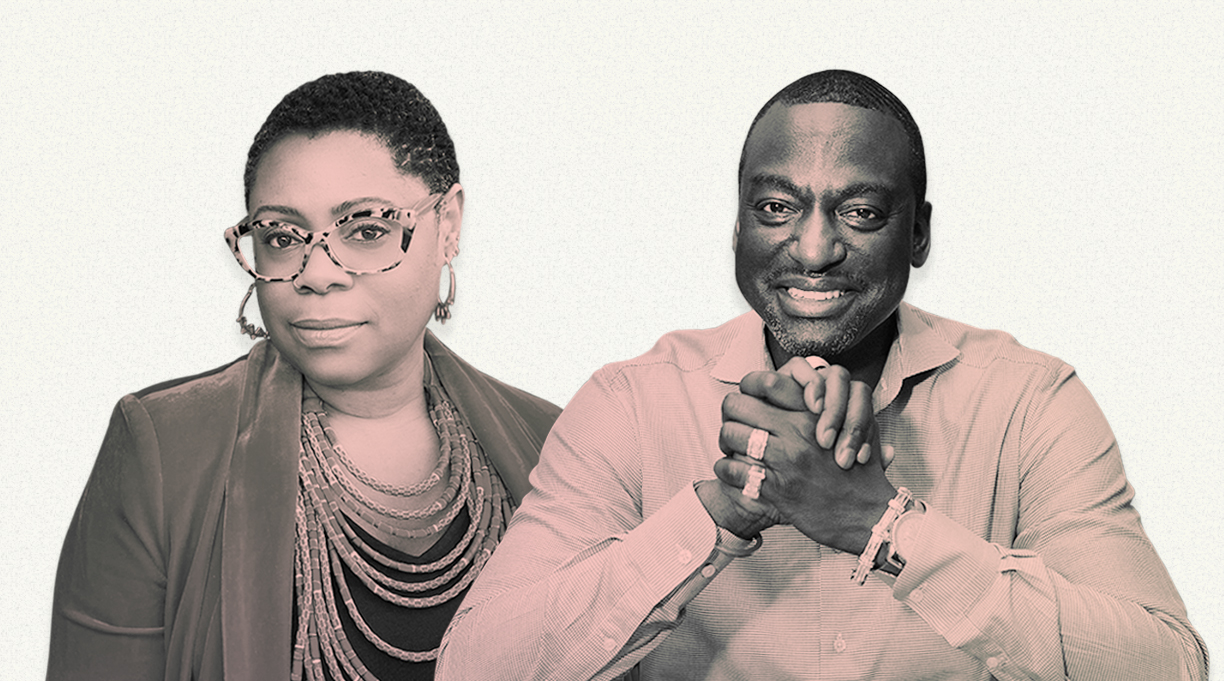 Punching the Air (Balzer + Bray/HarperCollins, Sept. 1) is a verse novel about 16-year-old Amal, a Black boy and passionate artist who ends up in juvenile detention following an altercation with White boys. This electrifying story was co-authored by Ibi Zoboi, author of National Book Award finalist American Street (Balzer+Bray/HarperCollins, 2017) and Yusef Salaam of the Exonerated Five, the group of Black and Latinx boys who were wrongfully convicted of the 1989 rape of a jogger in Central Park. (Their story was the subject of Ava DuVernay’s 2019 Netflix series, When They See Us.) We met over Zoom to discuss what Salaam describes as their “labor of love,” a story loosely inspired by Salaam’s experiences. The conversation has been edited for length and clarity.

How did you come to work together?

Ibi Zoboi: We met in 1999, while Yusef was visiting [Hunter] College; I already knew the story of the Central

Park Five. There was no question in my mind, like many people in New York City, that they were innocent, [though] he had not yet been exonerated. For me, writing this book was cathartic because I grew up in New York: Seeing racial violence and protests on the news was part of our upbringing. I was in the sixth grade when the Central Park jogger case happened—our teacher had the newspaper out, and we talked about it in class. I had to process that: “These are my friends; they look like those boys who were accused of something. Would my friends do that? I don't think so. What's going on?”

Yusef Salaam: Here we are 31 years later, and Ibi’s been preparing a space to be able to help me. It’s about legacy, about being able to plant goodness in the world. Those indelible scars that you get because somebody thought that you were this monster are now a teaching point. The worst thing that happened in the Central Park jogger case was that the rush to judgment caused the real perpetrator to continue to commit more crimes. It’s those truths and realities that you bring to the page.

IZ: There was a process of realizing what happened and why—the bigger Why. There is a lot of spirituality and wisdom in how Yusef talks about what happened. I needed to write a character that was very aware. The most fascinating, inspiring thing about Yusef’s story is that he was a conscious kid—aware of racial politics, of a higher power having a hand in things, and that being a source of courage and hope. [The character of] Amal is very much aware; a lot of young people who are thrown into these situations have a very rudimentary understanding of racial politics. We dug up in our memory all the racial violence that happened in New York, and we named them: Michael Griffith, Yusef Hawkins, Amadou Diallo. These things were part of our upbringing.

We don’t find out until late in the story what happened between Amal and the boy he’s accused of attacking.

IZ: That was a deliberate decision. I think we are too focused on the minutiae, and that feeds into all those things we’re trying to dismantle in terms of dehumanizing Black boys: “Well, did he do it?” I wanted to focus on the child, what’s happening in that child’s head and soul, the moment that he’s given that verdict. How do you hold on to your humanity?

YS: The other part of that, too, is the whole breaking down of a human—this new 13th Amendment reality, this new Jim Crow, this new slave-in-modern-day-times. Amal’s name [means] hope. It just so happens that Amal/hope is in prison, and there’s a lot of hope in prison. It’s the story of America, the juxtaposition of the two Americas that we live in. Prisons are not correctional facilities anymore. We lock [people] up, throw away the key, and have the system do whatever is natural and normal in that space—which is very abnormal and unnatural.

Art is central to Amal’s identity, but his art teacher and the AP art history curriculum fail to value his gifts or represent the fullness of the art world.

YS: I went to LaGuardia High School of Music Art, the old Fame school. To be able to have school while you’re in prison—the freedom of being able to participate in art, whether that’s music, singing, drawing, or painting—and then to see that beauty take shape in other people’s minds when they see it? It changes something, it’s a seed planted.

IZ: Oprah was asking all the Exonerated Five members how they got through it, and Yusef gave a one-word answer: He meditated. When I saw the artwork he created while incarcerated, I understood what he meant—that artwork and how he produced [it] was a meditative process. And that’s when those ideas started to germinate. The art that this child wants to do is meditative; it will save him. [Amal] is fighting for his life, and that life for him is art. Being incarcerated does not mean that he will lose that genius because he doesn’t have access to formal education. He’s creating something out of nothing.

YS: It’s not until [Amal] goes to prison [that] the box is opened; he’s unleashed and he’s able to produce on this other level—everything that he thought was stripped away. But the truth of the matter is that you are the artist. You are art, and so you create from that space, and what you create is beauty. He goes into the self, and in the self he finds the answers.

Gentrification is an important theme in the book.

IZ: This is how Amal’s story starts—he describes being boxed in in a small apartment. His mom wants him to stay safe, but he wants to experience the world. Thinking about the Exonerated Five, it made sense to me: New York City in the summertime, in an apartment building, you have the park right there. Kids just needing that fresh air and the trees and everything—but to want to do that is criminalized.

YS: That’s your park. It’s your backyard—right outside your window. On a whole other level, this is Seneca Village [a predominantly African American community that was destroyed with the construction of Central Park]. You grow into the America that is given to you and that is denied you. You can only participate in this part and you can’t participate in the rest. That dynamic is being played out in today’s world in a very profound way.