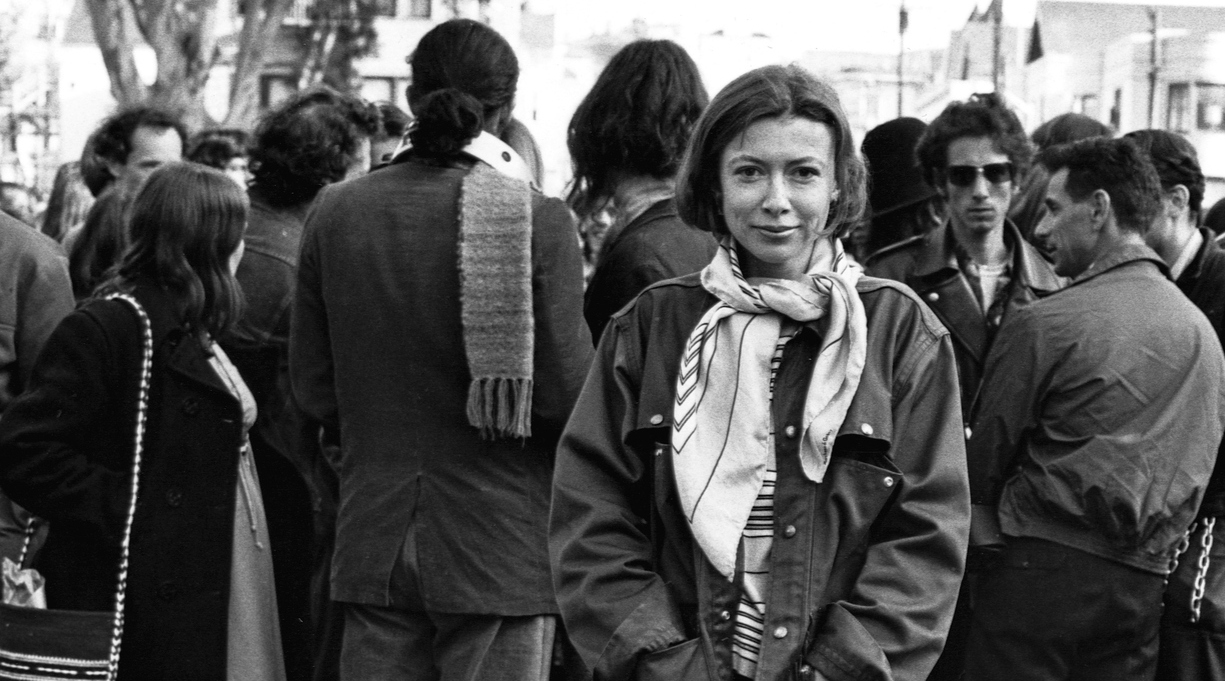 Joan Didion in 1967. Photo by Ted Streshinsky/Corbis via Getty Images

The death last week of Joan Didion—a touchstone for so many readers and an influence on countless other writers—unleashed a wave of remembrances in the literary world. Vintage photos and screenshots from her books proliferated on social media. People recalled first encounters with her work, shared stories of meeting her, posted enough quotations to fill a volume of Bartlett’s. It felt personal.

The professional appreciations and appraisals soon followed: Michiko Kakutani and Parul Sehgal in the New York Times, Zadie Smith in the New Yorker, David L. Ulin in the Los Angeles Times. Some shared themes circulated: Didion’s dispassionate eye, her stripped-down prose, her authority (even as a young woman writer), her savvy reading of political and cultural tea leaves.

Kirkus reviewed 15 of Didion’s books over the years, and I was curious to see what reviewers had to say about her work at the time it was published. Here are some highlights.

Slouching Towards Bethlehem: Essays (1968): Didion’s first essay collection—a prismatic portrait of 1960s America in which the “center was not holding”—established her reputation. In its review, Kirkus recognized Didion as “an adroit chronicler of many of today’s maladies” and a “sad savant from Sacramento lamenting a state that has ‘long outlived its finest hour,’ capturing it in all its neon illusion.” The review’s final line does stop you in your tracks: “Miss Didion is no female Tom Wolfe but she is a talented scene surveyor who will find her own audience.” I’d wager Didion’s work has more currency with contemporary readers than Wolfe’s does.

Play It as It Lays (1970): Didion’s second novel channels the anomie of late ’60s Los Angeles via the story of Maria (“pronounced Mar-eye-ah”) Wyeth, a divorced movie actor and mother recovering from a mental breakdown (and headed toward another). It’s classic Didion: dark, detached, stylish, and totally fascinating. Kirkus was cool in its praise: “Even though you have every reason to suspect that this is an ephemeral form of survival kitsch under its sophisticated maquillage, you won’t be impervious.”

Miami (1987): The author acquired her first Kirkus star with this nonfiction portrait of the South Florida city. “Although her focus is idiosyncratically selective and at times her flinty, mannered style nearly parodies itself (‘Hot dogs were passed, and Coca-Cola spilled’), overall she is in control of this consistently engrossing material.…Another persistently stylish report.”

The Year of Magical Thinking (2005): Didion’s unsparing chronicle of grief, following the sudden death of husband John Gregory Dunne and the life-threatening illness of daughter Quintana Roo Dunne, won her a National Book Award and was adapted for a stage play starring Vanessa Redgrave. Kirkus’ reviewer found it a“potent depiction of grief” but issued this caveat: “Perhaps because it is a work of such intense personal emotion, this memoir lacks the mordant bite of her earlier work.” True—and this may be why readers seem to respond to this book in a different register than her others.

Blue Nights (2011): There were few reservations about Didion’s last original book (two subsequent titles collected earlier work), an account of her daughter’s untimely death and a meditation on her own mortality: “A slim, somber classic.”