How Ken Kesey Made His Literary Debut 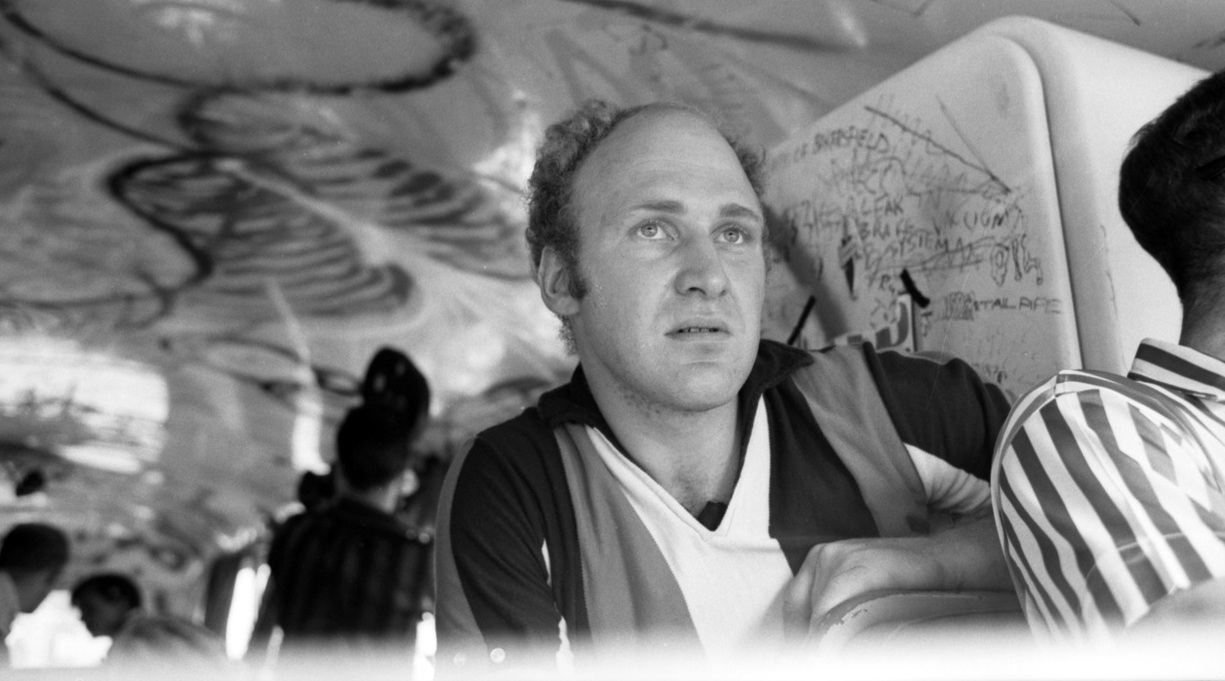 In 1959, a newcomer to San Francisco with a couple of unpublished novels in his suitcase found a job working the night shift in a psychiatric hospital. He got to know the patients there, including World War II veterans suffering from what was then called combat fatigue—now PTSD—and a Native American man struggling with debilitating schizophrenia. During his time working on the ward, Ken Kesey also came to be closely acquainted with new pharmaceutical therapies, especially LSD, then legal and abundant, which took a place in his life and legend ever after.

His distillation of that experience is the now-classic novel One Flew Over the Cuckoo’s Nest, published in 1962. Its title derives from an old British nursery rhyme about migrating geese, the freest of birds. Kesey’s story centers on an unlikely hero, Randle McMurphy, that self-declared freest of men, who, like the cuckoo, is smart and devious. But McMurphy is not free, and he has made a strategic error: To get out of an Oregon prison, he feigns madness only to find himself in a mental hospital that is a gateway to a thousand private hells. One of them is electroshock therapy, then the current—beg pardon—way of rendering inmates docile. “Anointest my head with conductant,” McMurphy quips while he is still able, adding, “Do I get a crown of thorns?”

Observing all this is a Native American man called Chief Broom, close to his birth name of Bromden but embodying the fact that constantly sweeping the ward floor allows him to see all without being seen himself, although he is of towering height. Bromden’s other object of study is the head nurse, Mildred Ratched, “a veritable angel of mercy” who is tiny and quiet though mean as a cobra. McMurphy barely lands in the ward before he and Nurse Ratched are set on a course of mutual destruction, with McMurphy, a born anarchist, bent on upending the orderly, closely regimented world she has worked so hard to create inside the ward’s tightly bolted doors.

There was no better fictional talisman for the dawning 1960s than McMurphy’s rebellion against authority in all its forms, and One Flew Over the Cuckoo’s Nest became favorite reading on campuses across the land. My copy, bought in 1972, is the 19th trade paperback printing; there have been dozens more since. Miloš Forman’s 1975 film adaptation, with Jack Nicholson as a letter-perfect McMurphy and Louise Fletcher as a flinty, scary Nurse Ratched, propelled sales of Kesey’s book to new heights, and it has never been out of print.

By then Kesey had published a book that, if anything, was even better than Cuckoo’s Nest, namely Sometimes a Great Notion, one of the truly great American novels. (Incidentally, McMurphy wears boxer shorts sporting white whales in subtle tribute to another great book.) Kesey’s writing would grow, well, hit-or-miss after that, but two masterpieces are two more than most writers pull off. Sixty years on, with madness and rebellion all around us, his debut novel remains an essential, timeless work of American literature.