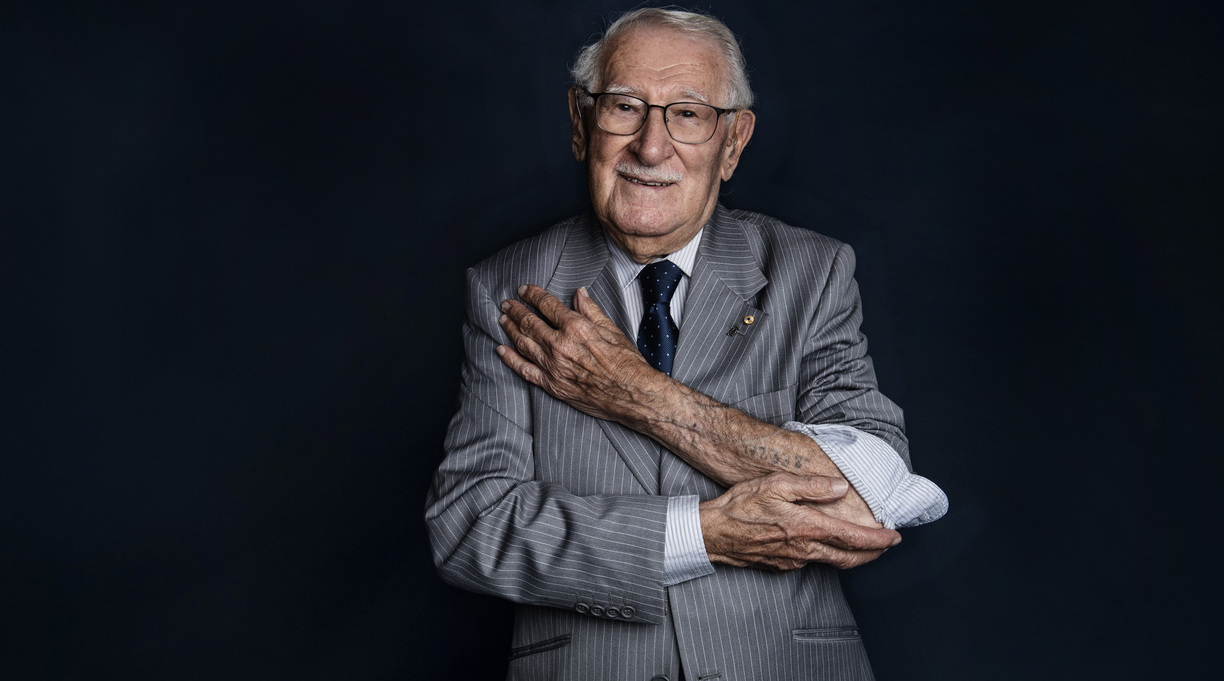 Eddie Jaku, a Holocaust survivor who told the story of his life and escape from the Nazis in a memoir released this May, has died at 101, the Associated Press reports.

Jaku was born in Leipzig, Germany. When he was 18, he found his parents missing from their home, and was soon after beaten by Nazi soldiers and imprisoned at the Buchenwald concentration camp.

Over the next several years, he escaped from several camps, and was finally rescued by American soldiers in 1945. He moved to Australia in 1950, where he lived for the remainder of his life.

He told his life story in the memoir The Happiest Man on Earth, which a critic for Kirkus called “a solid addition to Holocaust literature.”

Jaku’s admirers paid tribute to him on social media.

“He dedicated his life to educating others about the dangers of intolerance [and] the importance of hope,” tweeted Australian politician Josh Frydenberg. “Scarred by the past, he only looked forward. May his story be told for generations to come.”

Australia has lost a giant with the passing of Holocaust survivor, Eddie Jaku, 101.

He dedicated his life to educating others about the dangers of intolerance the importance of hope. Scarred by the past, he only looked forward.

May his story be told for generations to come. pic.twitter.com/s3HPXBoqaH

And journalist Caroline Overington wrote, “Eddie Jaku, the ‘Happiest Man on Earth’—survivor of Auschwitz—has died. He never expected to live. He made it all the way to 101. A giant. An irreplaceable loss.”