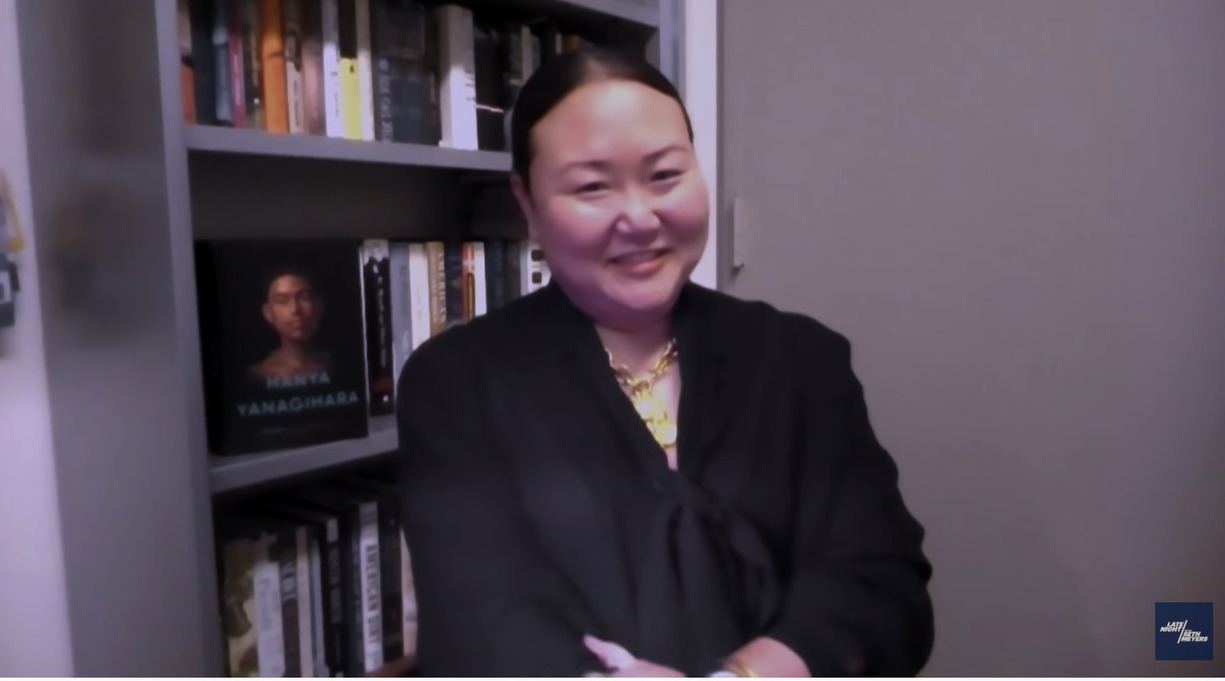 Hanya Yanagihara stopped by Seth Meyers’ late night talk show to discuss her new book, To Paradise—and some odd feedback she received after her last one.

Yanagihara’s new novel looks at an alternate version of America over three centuries, telling the stories of three people dealing with love and loss. In a starred review, a critic for Kirkus called the book “gigantic, strange, exquisite, terrifying, and replete with mystery.”

Yanagihara said that she wanted the novel to be different from her last book, A Little Life, a Kirkus Prize winner that became a literary sensation in 2015.

“[To Paradise] really was just the book I wanted to write next,” she said. “You spend so long working on a novel…that it has to feel like something that’s urgent, and that only you can say, and it can’t be a repeat.”The last part of To Paradise takes place during a pandemic, Meyers noted, although Yanagihara began writing it before the onset of Covid-19.

“By the time we all got sent home on March 13th of 2020, I was so deep into the pandemic part of this book…that it felt very comforting, because outside in the real world, I was a citizen who was just as confused and scared and misinformed as everyone else,” she said. “But inside the world of the book, I got to do exactly what I wanted. I had an ultimate sense of control.”

Yanagihara said she was honored to hear from readers who connected to A Little Life, although some of the feedback was a little bit on the odd side.

“A few times, I’ve gotten these posts on DM over Instagram, and it’ll just be a picture of a guy—it’s always a guy—holding a copy of A Little Life over his junk,” she said. “And he kind of looks sad. I don’t know who the audience is or what the message is. I always write back, ‘Thank you,’ because it takes a lot of time to set up an image like that. You’ve got to adjust the ring lights, you’ve got to get the angles…A lot of art direction has gone into the shot, and I do appreciate it.”