A YA Author Who Isn’t Afraid of Happy Endings 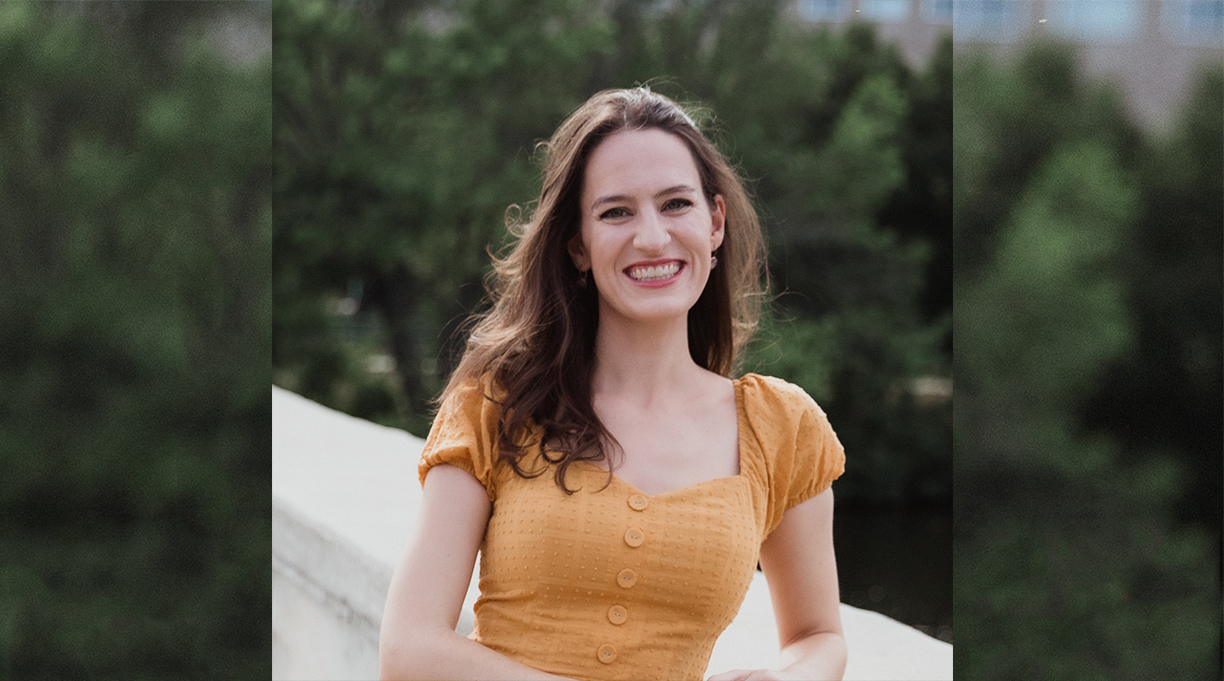 Hannah Reynolds isn’t afraid of a happy ending, despite what she’s been taught. When a college professor questioned if the central couple of her story should be together, she was both confused and insistent. Of course they should. “Growing up I only wanted to read books about women, and I wanted them to end well,” she says. “That made me feel so much better as a reader and as a person, so that’s what I want to do in all my writing.”

Reynolds’ debut YA novel, The Summer of Lost Letters (Razorbill/Penguin, June 15), certainly fits this description. When 17-year-old Abby Schoenberg finds love letters in a box of her grandmother’s things, she discovers that there was a lot she didn’t know about the past. Curious about this lost piece of family history, she decides to spend the summer on Nantucket and see what she can learn about the man who wrote to her grandmother all those years ago. Once on the island, she finds more than she’d bargained for, including a friendly golden retriever, a historical paper trail, and an unexpected connection with the grandson of the man her O’ma loved.

The story was inspired by Reynolds’ own family and personal history. Like Abby, Reynolds grew up outside of Boston, had the same group of friends for her entire childhood, and worked in a bookstore. Reynolds particularly wanted to emphasize the different types of meaningful relationships she’s had rather than focusing only on romance. “When I think about the really important relationships in my life, one of them is with my parents and with my mother.…There’s so little that you wouldn’t do for these people,” she says. The question of what you would do if forced to choose between a beloved family member and the possibility of romantic love ends up forming the novel’s core emotional conflict.

Reynolds takes a wide view of intergenerational relationships, and the book tackles not just Abby’s relationships with her mom and grandma, but also their relationship with each other. Reynolds’ grandmother—like Abby’s—is a Holocaust survivor who came to America during the war. “I looked at my grandmother’s story—she was this young girl in Paris who was hidden during the Holocaust in a Catholic boarding school—and I thought this was [a] deeply romantic storyline, and I wanted to know everything,” she says. There was a lot her grandmother wouldn’t discuss, however, including an entire period of five or so years. Reynolds’ curiosity about that time, and her grandmother’s story in general, inspired Abby’s quest for answers in the novel. She even made a similar journey of discovery, traveling to Paris the year after she finished college.

Reynolds’ perspective on her grandmother’s story has shifted as she’s gotten older. “When I was a kid, I thought my grandmother’s story was really romantic and sweeping,” she says. “As an adult, [I’m] very impressed by my mother.” Where her grandmother was at the mercy of historical forces, Reynolds’ mother actively pursued the life she wanted, earning scholarships to Brandeis and Harvard and building a life with a man she loved.

To Reynolds, that agency is what makes for an exciting story and is a big part of why she loves to read (and write) romance novels. “Romance is such a happy genre and such an empowering genre,” she says. “Reading all these books about women who went out and lived their best life actually made me want to do that too.”

But wanting her characters to get a happy ending doesn’t stop Reynolds from talking about complicated topics. “You can be happy and uplifting and also deal with serious contemporary issues,” she says. In The Summer of Lost Letters, those issues are refugee rights and climate change. Writing about people fleeing the Holocaust at the end of the Trump era, Reynolds wanted to emphasize the contemporary parallels. She admits that it’s harder to know what to say about climate change when it can feel so overwhelming—especially in a place like Nantucket that is rapidly losing coastline—and that despair is something the characters grapple with.

Incorporating activism and politics was particularly important to Reynolds because she wanted to illustrate the thoughtfulness she’s observed in today’s teens. “I am always so impressed by them, by the conversations they’re bringing to the table, by the things they care about, by their deep awareness and deep passion about both the climate and politics,” she says.

That fire and spark is what makes Reynolds excited to write for and about teenagers, whether they’re trying to save the world or figure out their relationships. “I think that young adult fiction and romance go hand in hand because I think of them both as genres of optimism,” she says. “Characters go after what they want, and they get to be happy.”

Alex Heimbach is a writer and editor in Portland, Oregon.