Haddish in Talks to Star in ‘Landscape’ Film 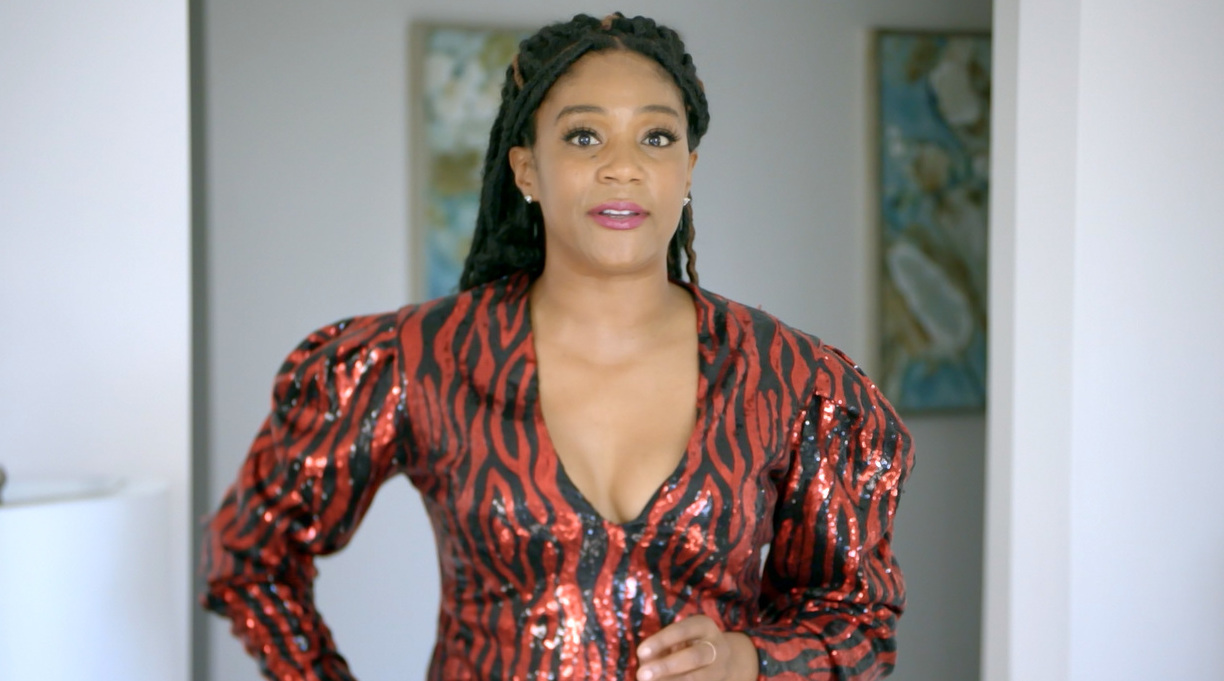 Tiffany Haddish is currently in negotiations to star in a movie version of M.T. Anderson’s Kirkus-starred dystopian 2017 YA novel, Landscape With Invisible Hand, according to Deadline. Writer/director Cory Finley is set to adapt the book; his last directorial effort, the 2019 HBO film Bad Education, won the Emmy for Outstanding Television Movie.

In Anderson’s brief novel, an alien species known as the vuvv arrived on Earth years ago and supplied humanity with incredible technologies and medical treatments. However, these gifts didn’t create a utopian society; instead, they led to massive unemployment and healthcare that’s still prohibitively expensive. Teenager Adam Costello can’t afford treatment for his intestinal ailment, but he and his new girlfriend, Chloe Marsh, pursue a moneymaking scheme that plays on the vuvv’s odd preoccupation with American culture of the 1950s. The plan faces complications, though, when the couple’s relationship hits the skids. “Resplendent with Anderson’s trademark dry, sarcastic wit, this brief, complicated read serves as a scathing social commentary and, as the title indicates, an interrogation of free market economics,” noted Kirkus’ review.

Haddish’s role in the upcoming film wasn’t announced. In 2019, she co-starred in the crime drama The Kitchen, which was adapted from a 2014-2015 DC Vertigo comic-book series. She won an Emmy in 2018 for her appearance as a guest host on Saturday Night Live, and her 2017 memoir, The Last Black Unicorn, received a Kirkus Star.

Anderson’s Kirkus-starred 2006 YA novel, The Astonishing Life of Octavian Nothing, Traitor to the Nation: Volume 1: The Pox Party, won the National Book Award for Young People’s Literature. His most recent work, the graphic novel The Daughters of Ys, illustrated by Jo Rioux, was published in August.