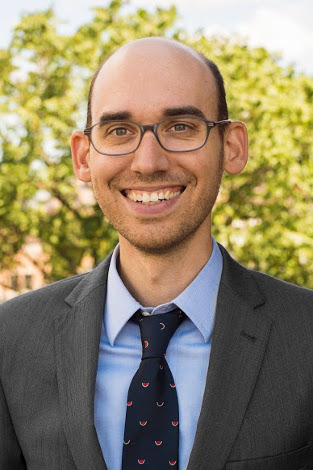 “Nobody wants to hear that story of George Washington chopping down the cherry tree and how he was good all the time,” says Pizzoli, author-illustrator of The Quest for Z: The True Story of Explorer Percy Fawcett and a Lost City in the Amazon. “Whatever that axiom is supposed to represent—that if you’re good all the time, you’ll become president someday—I think we now all agree is patently false.”

Pizzoli preferred stories that were “a little rougher around the edges”: how John Wilkes Booth’s plan to kidnap President Lincoln devolved into murder; how the denizens of a Mississippi county rebelled against the Confederacy, establishing the Free State of Jones. And those are the types of stories he writes.

The Quest for Z (ages 7-12), “a superb snapshot of an adventurer,” according to Kirkus’s starred review, is the second in an anticipated trilogy of nonfiction picture books published by Penguin. The first, Tricky Vic: The Impossibly True Story of the Man Who Sold the Eiffel Tower, was a Kirkus Best Book of 2015.

“I want to write books for kids who are not necessarily interested in history,” Pizzoli says. “Kids are interested in mystery and characters who are flawed.”

British explorer Percy Fawcett resembles that remark: Born in 1867 in Devon, England, Fawcett devoted his life to the discovery of a mythic city deep in the heart of the Amazon—a city no one could confirm the existence of. He disappeared, while searching, in 1925.

“When British explorer Percy Fawcett heard these legends, he called the mythical city ‘Z,’ ” Pizzoli writes. “Maybe he chose this name because the lost city seemed to be the most remote place in the world, the final stop, like the last letter of the alphabet. He made finding Z his life’s work.

“He dreamed of completing an amazing quest that would secure his place in history,” he writes.

Pizzoli discovered Fawcett’s story while making the art for Trader Vic. (He works in mixed media—silkscreen, photographic halftones, Zipatone, photocopy, newspaper, cut paper, and Photoshop—and likes to listen to audiobooks in his studio.) After hearing The Lost City of Z by David Grann, he immediately restarted the audiobook and listened again.

“Being a child of the 80’s, growing up obsessed with Indiana Jones and the Last Crusade,” he says, “there’s something in me that’s attracted to those kinds of antics. And with the high personal drama that was [Fawcett’s] day-to-day life outside of the jungle, I became obsessed.”

Fawcett served as an artillery officer in Sri Lanka for a decade before returning to London, joining the Royal Geographical Society, and training for a life of exploration. He made seven successful expeditions to South America before his obsession with Z (likely) cost him his life.

“We now know that Fawcett was partly right about Z,” Pizzoli writes in an author’s note, “but I think it’s safe to assume that after a lifetime of searching, Fawcett felt he had failed.”

The Quest for Z is dedicated to Pizzoli’s friend and fellow children’s book author Mac Barnett, who writes, in “A Picture Book Manifesto,” a proclamation signed by 22 eminent authors and illustrators, that “the tidy ending is often dishonest.”

“There’s another line from the proclamation that I have always loved,” Pizzoli says. “It’s the last line, and it says, ‘Even books meant to put kids to sleep should give them strange dreams.’ That’s something I’ve held dear since I saw it.”

Megan Labrise writes “Field Notes” and features for Kirkus Reviews and is the co-host of the Kirkus podcast, Fully Booked.