‘Going Clear’ and Getting the Story 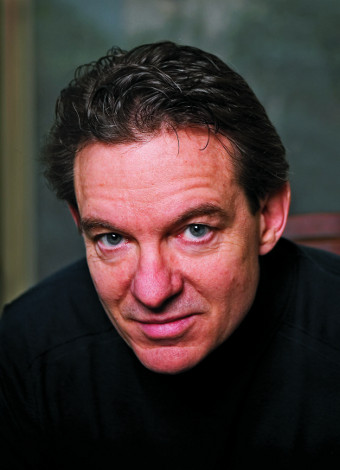 Many of us by now—thanks in part to its intractable reliance on celebrity—think we know something about Scientology, or the oddities of Scientology, to be exact. Tom Cruise is famously loyal to the church, and so is John Travolta; they stand in, in the public’s mind, for Scientology itself (and neither of them ever do odd things like jump on Oprah’s couch or make strange Christmas music videos). People who’ve felt curious enough about Scientology to ask questions may also know that the church’s theology insists the universe was founded 4 quadrillion years ago, or that its truly faithful adherents sign a document pledging their lives to the organization for 1 billion years.

That seems to be the extent of most people’s working knowledge of Scientology. That’s partly the church’s own fault; what is required to attain the highest levels of spiritual enlightenment in the church is revealed only to those chosen to receive such information. The IRS has declared that Scientology is a legitimate church, but the church doesn’t talk about a god as frequently as other religions do. “Scientology wants to be understood as a scientific approach to spiritual enlightenment,” Lawrence Wright observes near the end of his investigative exposé, Going Clear: Scientology, Hollywood, & the Prison of Belief. “It has, really, no grounding in science at all. It would be better understood as a philosophy of human nature.”

But if it’s a philosophy, the practice of it, according to Going Clear, seems at times dogmatic. There are a number of violent, vindictive, odd and paranoid actions attributed to the church of Scientology, David Miscavige, its current head, and L. Ron Hubbard, the church’s founder, in Going Clear. There are pages devoted to Hubbard’s cruelty—he once made a Scientologist in his 50s race two other men by using their noses to push peanuts around the deck of a boat. “It was hard to say which was worse to watch: this old guy with a bleeding nose or his wife and kids sobbing and crying and being forced to watch this,” a former Scientologist observes. “Hubbard was standing there, calling the shots, yelling, ‘Faster, faster!’ ”

As far as founders of religions go, Hubbard may have been a flawed man. One of the valuable lessons to be taken from Going Clear, however, is that Scientology isn’t some sham outfit to be lightly tossed aside by those who doubt the good it has apparently done for its believers. The “auditing” process Scientologists undergo is akin to therapy. Wright quotes actress Anne Archer and her husband Terry Jastow as attributing the success of their marriage “a hundred percent” to Scientology and its techniques of never interrupting one another and never being critical of each other, for example.

“He may have been grandiose and delusional,” Wright observes about Hubbard, “but the endless stream of policy letters and training routines that poured from his typewriter hour after hour, day after day, attests to his obsession with the notion of creating a step-by-step pathway to universal salvation. If it was all a con, why would he bother?”

To guide the reader through an organization that is often difficult for outsiders to comprehend, Wright pins his story on screenwriter and director Paul Haggis, who joined the church in 1975 and split from it in 2009. Wright, a staff writer for The New Yorker, looks for a character he refers to as a “donkey”—someone who is “candid” and “intriguing,” who can carry the story. “The thing about Paul Haggis as a key figure is that he’s smart, he’s skeptical, he’s compassionate, and it’s not easy to marginalize him,” Wright says. “So that makes Scientology more interesting and actually more threatening to the readers because one realizes that if Paul could be a Scientologist, it could happen to anybody.”

Having already received the Pulitzer Prize for The Looming Tower: Al-Qaeda and the Road to 9/11, in Going Clear, Wright is now, with Scientology, poking around another organization that inspires fear. There is a fundamental instinct that drove Wright to investigate Scientology: “I don’t like seeing people bullied,” he says. But as an investigative writer, there was another motive. “When you have a situation where there’s a tremendous amount of distress as there is around Scientology and many charges and the government seems unable or unwilling to be responsive to the accusations, then it’s a great place for an investigative reporter,” Wright says. “That’s what we’re made for. I thought it was an ideal situation for someone to go in and see what’s actually happening.”

Claiborne Smith is the features editor of Kirkus Reviews.