Fictional Narrators Who Will Seize Your Attention 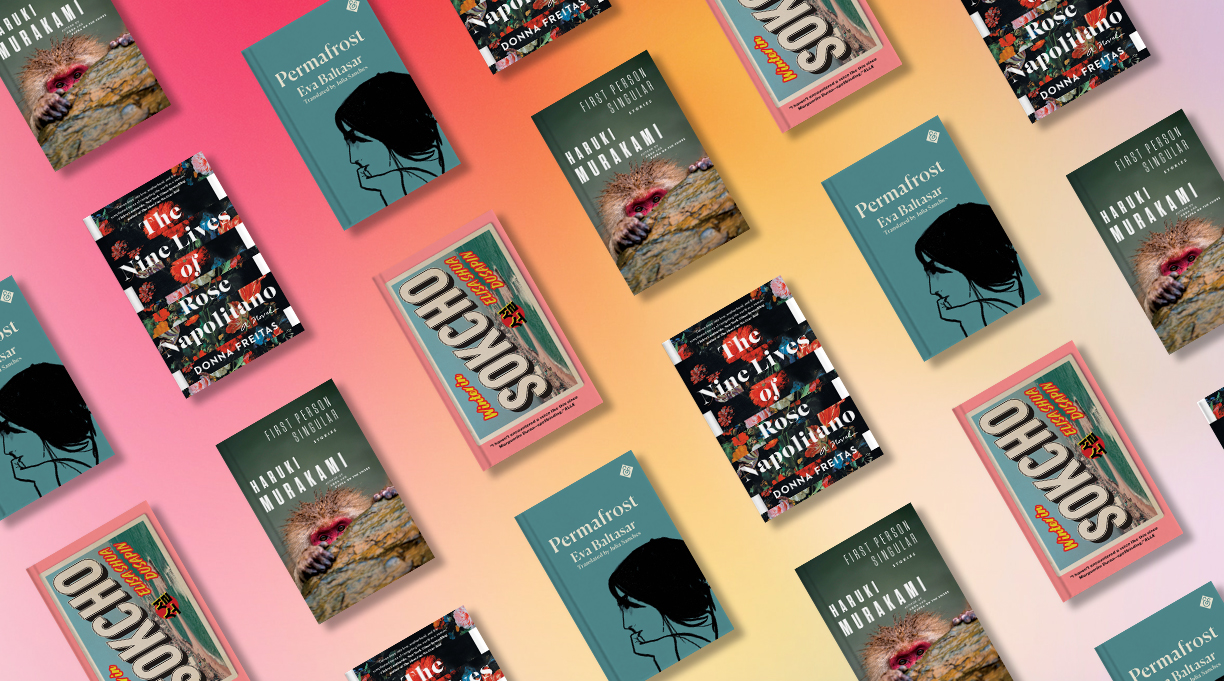 With the days growing longer and more people getting vaccinated, you might think you don’t want to read books with cold-weather titles, but two new April releases will prove you wrong. Winter in Sokcho by Elisa Shua Dusapin, translated by Aneesa Abbas Higgins (Open Letter, April 27), has an arresting first line: “He arrived muffled up in a winter coat.” Be glad you can shed your puffers while reading this debut novel set in a South Korean beach town not far from the border with North Korea. The narrator, who is of French and Korean heritage, works in a guest house, where she meets a middle-aged Frenchman who’s arrived looking for inspiration for his next graphic novel. Our starred review says, “Dusapin’s novel avoids clichés in the woman’s developing relationship with the lonely foreigner….[She] never looks at him as a savior or stereotypical lover. Instead, Dusapin depicts a fiercely intelligent, independent woman who longs to be seen clearly for who she is and the choices she has made, including leaving Seoul to help her aging mother.”

The title of Catalan writer Eva Baltasar’s Permafrost, translated by Julia Sanches (And Other Stories, April 6), is more metaphoric than meteorological. The narrator is a young woman who moves among her native Barcelona, Brussels, and Scotland. In each location she’s “obsessed not only with the physicality of her lovers and the pleasure she finds in their bodies, but also with the solace she perceives in thoughts of death,” according to our starred review, which calls the book “an intimate exploration of the unknown territory of desire, destruction, and whatever falls in between.”

Once you’ve polished off those two books, you might be looking for more striking narrators. Haruki Murakami’s characters are guaranteed to be utterly unlike anyone else’s, and even the title of his new story collection, First Person Singular (translated by Philip Gabriel; Knopf, April 6), emphasizes the unique voices of his narrators. There’s a young man who writes a review for a college magazine of a Charlie Parker album that never existed; a baseball lover who writes a book of poetry dedicated to his favorite team, which doesn’t have enough fans to fill its stadium—a poem called “Right Fielder” is included in full; and an aging man who’s still thinking about a beautiful girl he saw once in 1964 holding a copy of the album With the Beatles. Our starred review calls the book “an essential addition to any Murakami fan’s library,” but I would add that it’s a fine place to start if you’ve never read Murakami before.

The heroine of Donna Freitas’ The Nine Lives of Rose Napolitano (Pamela Dorman/Viking, April 6) narrates her story with many variations, all branching off an argument Rose has with her husband about having children. Before they got married, they both agreed they didn’t want to have kids, but now Luke thinks he’s changing his mind. One decision leads to another and another, and Rose’s possible lives take off in different directions, sometimes overlapping and sometimes not. Rose is a philosopher who spends time talking to her friends about feminism and “the position of motherhood in women’s lives,” according to our review, which says, “Following the maze of numbered takes becomes an addictive game, highly literate escapism, like watching The Queen’s Gambit….Highly readable and provocative.” Happy reading!