Fiction for the Shortest Month of the Year 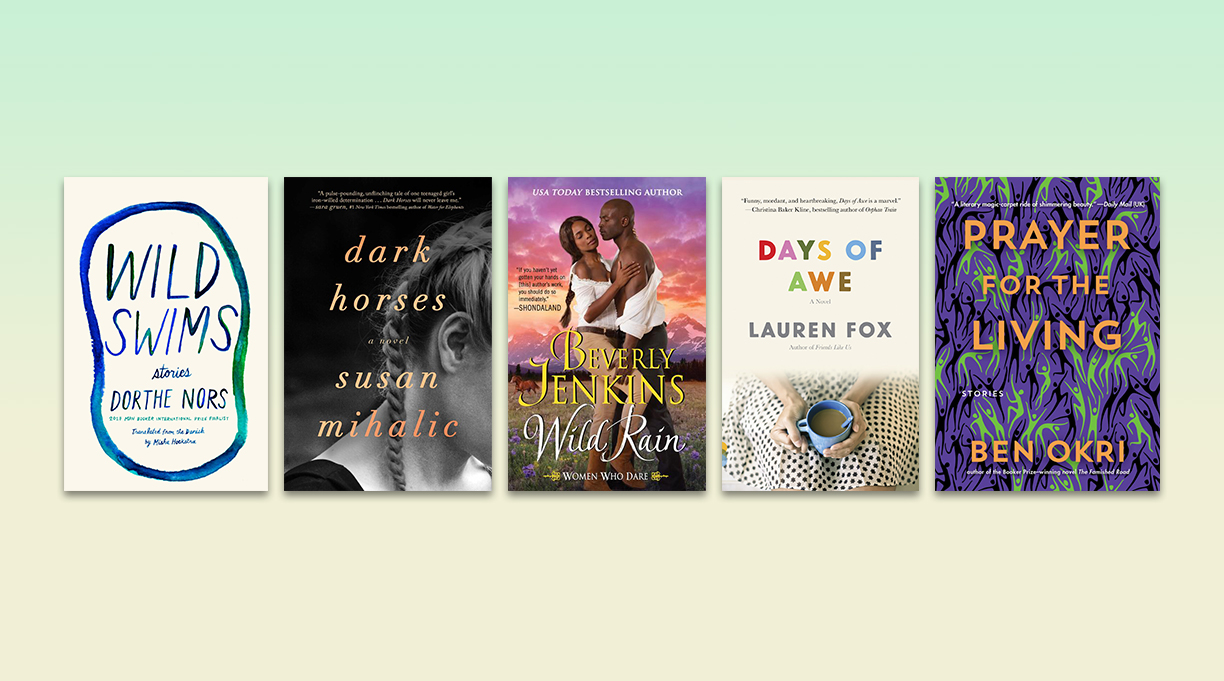 February is the shortest month, so you’d better get reading: There are more than 28 days’ worth of great fiction coming out. My New Year’s resolution was to read for an hour every morning before getting up, and it’s been a great way to dig deep into an author’s work. One pile on my night table is devoted to Danish writer Dorthe Nors, whose slim books—one of our reviews described them as “exquisitely precise”—have been published in English by Graywolf over the past few years. Her latest, Wild Swims (Feb. 2), is “a brainy collection perfectly constructed to put you on edge,” according to our starred review. Just the way to start the day!

I’ve enjoyed Lauren Fox’s novels, particularly Days of Awe (2015); they’re contemporary stories notable for their wry narrative voices and affection for their quirky characters. Her latest, Send for Me (Knopf, Feb. 2), is a departure, based partly on letters written by her great-grandmother in Germany from 1938 to 1941. Set during that period and in the present, it tells the stories of both a Jewish family on the brink of the Holocaust and a contemporary woman seeking her own history. Our starred review calls it “an intimate, insightful, intricately rendered story of intergenerational trauma and love.”

Nigerian writer Ben Okri first came to prominence in 1991, when The Famished Road won the Booker Prize. His new book, Prayer for the Living (Akashic, Feb. 2), is a capacious collection of stories originally published between 1993 and 2019 and ranging from just a page or two to more than 40 pages. “Okri’s stories are so concerned with myth and folklore, and so comfortable in the style of those genres, that his best ones sometimes feel as if written on parchment or chiseled in granite,” according to our starred review.

If you’ve been watching Bridgerton on Netflix, your next move might be visiting post–Civil War Wyoming, the setting of Beverly Jenkins’ Wild Rain (Avon, Feb. 9), where Spring Lee finds that life can be tough for a Black woman who owns a ranch. Garrett McCray is a Black journalist from Washington, D.C., who meets Spring when he comes west to interview her brother. According to our starred review, Garrett is “a milder hero, willing to stand back and let Spring take care of herself. This is part of what makes Jenkins’ novel so refreshing. It’s a tale of the American frontier that is lacking in the usual misogyny, anti-Indigenous racism, and idealization of White settlers that plague fiction about this era.”

I’ve never spent much time around horses in real life, but I do like a good horse book, especially when they’re really about more than animals; some of my favorites are C.E. Morgan’s sweeping The Sport of Kings (which won the Kirkus Prize in 2016) and Jane Smiley’s Horse Heaven (2000). Susan Mihalic’s Dark Horses (Scout Press, Feb. 16) takes place not on the racetrack but in the privileged world of equestrian “eventing.” It’s narrated by Roan, a 15-year-old whose life could hardly be more privileged—she lives on an estate in the Shenandoah Valley and attends a fancy private school while training for the Olympics—except that her mother is an addict and her father is sexually abusing her. Our starred review says, “To the author’s credit, this is no poor-little-rich-girl story. Rather, Mihalic complicates the narrative at every turn, creating a disturbing and flinty picture of what abuse, psychological control, and rage look like.”