Elizabeth George: 'The Edge of Nowhere' 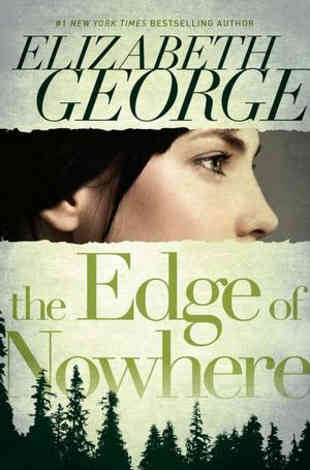 As the dividing line between the YA and adult markets has become more and more narrow*—and the YA market has become more and more profitable—it’s become less and less unusual for adult authors to take a stab at writing for the teen audience. Clive Barker, Sherman Alexie, Joyce Carol Oates, Alice Hoffman, James Patterson, John Grisham: Those are just a few of the authors to throw their hats into the ring, and they’ve met with varying degrees of success. Now, Elizabeth George, author of the hugely popular Inspector Lynley mysteries, has joined the fray... with mixed results.

Fourteen-year-old Californian Becca King is staying with her aunt on a remote island in Washington State while her mother is away on an archeological dig in Olduvai Gorge. But for Becca, the trouble's just begun.

Problem #1: When Becca arrives on the island, she quickly discovers that her Aunt Carol has recently died.

Problem #2: Aunt Carol never told her husband that Becca was coming, because...

Problems #4-7: She’s all alone on the island, stuck wearing a monstrously ugly disguise, can’t reach her mother (who’s actually in Canada setting up their new life) and she knows it won’t be long before she’s found out.

Problem #8: Becca/Hannah can read minds, but has no control over her power. Not only did it get her into this mess—that’s how she found out about her stepfather killing his partner—but in large crowds, the whispers in her head can be completely overwhelming.

I absolutely guarantee that some of you will want to throw this book across the room. For one, some readers are bound to be hugely disappointed by the prosaic solution to the mystery. Much more problematic, however, is the portrayal of the one black character—an adoptee from Uganda; he is constantly exoticized and, in more ways than one, comes off as very much “other.” As Derric is described as the only person of color on the island, I might have chalked that up to the super-homogenous setting... if the majority of the exoticization hadn’t come from Becca herself, who grew up in the much more multicultural San Diego.

While I found the characters, the ongoing soap opera of their converging storylines in the past and the present, the mystery, the setting and the overarching idea that you can’t ever fully know another person completely engrossing (I’m looking forward to the next installment), readers craving anything remotely fast-paced or action-packed are bound to be bored to tears.

*Leading some in the industry to argue for an additional ‘New Adult’ category.

Let's be honest. If she isn't writing Bookshelves of Doom or doing her librarian thing, Leila Roy is most likely being tragically unproductive due to the shiny lure of Pinterest.