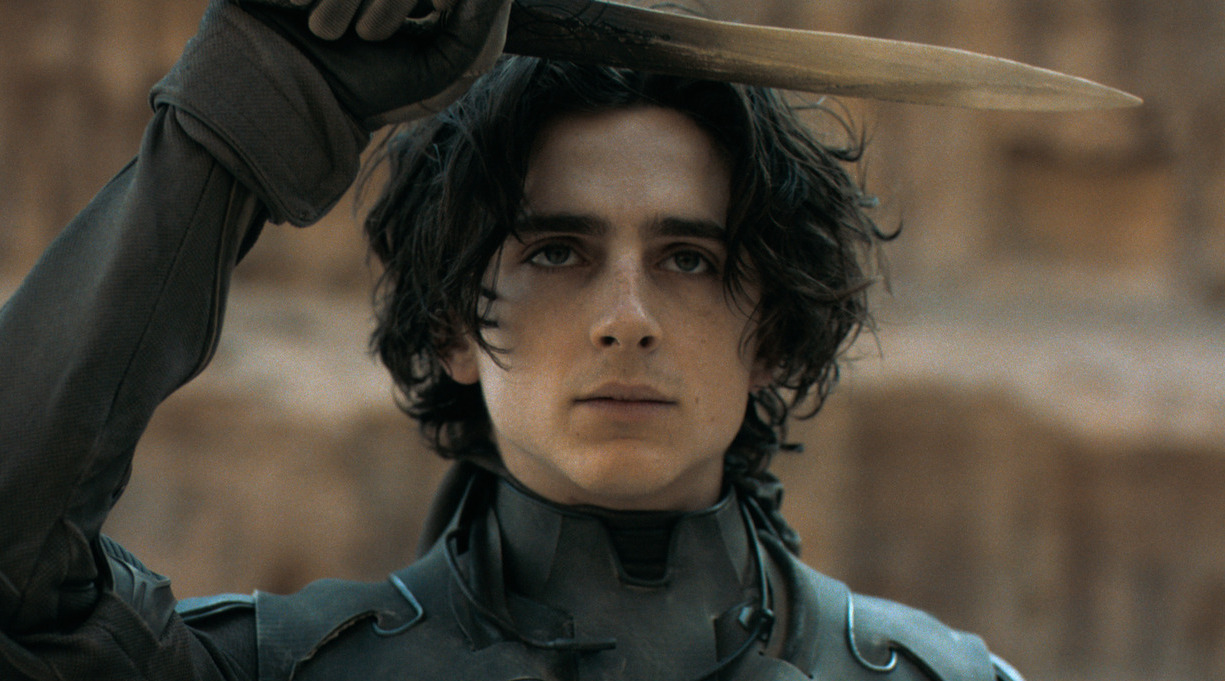 It’s been a long wait, but Oscar-nominated director Denis Villeneuve’s film of Frank Herbert’s SF-fantasy epic, Dune, is finally hitting the screen. Its theatrical premiere is Oct. 22; HBO Max will also stream it for a month. It was originally slated for a Nov. 20, 2020, release, but the Covid-19 pandemic caused multiple delays. Suspense is the mind-killer, but fans of the book need not have worried. The film—starring Timothée Chalamet, Rebecca Ferguson, Oscar Isaac, Zendaya, Javier Bardem, Jason Momoa, and many, many others—is not only a visually stunning space opera but also an impressively faithful interpretation of the text. A bit too faithful at times.

Herbert’s 1965 novel, which won a Hugo and a Nebula Award, tells a tale of dueling dynasties fighting over the desert planet Arrakis, informally known as Dune. It’s the only source of a substance called melange, or “spice,” which is the most valuable commodity in the universe. The Emperor grants stewardship of the planet to the wealthy House Atreides, ousting the former occupiers, the grotesquely evil House Harkonnen, who treated the tough local Fremen people with contempt. Arrakis is also the home of enormous, aggressive sandworms, which make harvesting mélange a very dangerous proposition. Teenage Paul Atreides, the son and heir of Duke Leto, heads to Arrakis with his family, but Baron Harkonnen’s sinister machinations eventually result in him and his mother, Lady Jessica—a member of a powerful sisterhood known as the Bene Gesserit—seeking refuge with the Fremen. Along the way, Paul displays supernatural abilities, which seem to confirm that that he’s a prophesied messiah-like figure.

The influence of Dune on the genres of fantasy and science fiction can’t be overstated; Star Wars, for one, clearly owes Herbert’s work a considerable debt. Its deep worldbuilding is consistently fascinating, and its characters’ political maneuvering is often riveting. The overall reading experience, however, can be slow-going. Herbert frequently spells out his characters’ italicized thoughts, which sometimes brings the action to a screeching halt: “Fremen! Paul thought. Who else would be so sure on the sand? Who else might be left out of your worries as a matter of course—because they are in no danger? They know how to live here! They know how to outwit the worm!” The novel also has a tendency to exoticize the Bedouin-like Fremen, and contains other deeply problematic elements; for example, the text dwells on the Baron Harkonnen’s weight, which it portrays as revolting. Herbert also chose to make this obscenely villainous and predatory figure the only gay character in the entire novel. At one point, the Baron expresses his desire to drug and rape a “young fellow” because he resembles his enemy, Paul Atreides.

Villeneuve’s film wisely excises the gay demonization, but it keeps the implied fat-shaming; Stellan Skarsgård plays the Baron underneath extensive prosthetic makeup, while surrounded by a cast of largely very thin actors. It’s unfortunate that the filmmakers retain this detail, but perhaps unsurprising, as it mostly sticks to Herbert’s text in every other way—at least the text’s first half, which is all this installment covers. (The film’s opening title helpfully gives this film’s full name: Dune: Part One.)

Mostly, Villeneuve’s choices are to the story’s benefit. The deserts of Arrakis are simultaneously gorgeous and forbidding, and the sandworms terrifying and convincingly alien. Battle scenes that largely take place off-page in Herbert’s book become booming CGI extravaganzas onscreen, with a sense of scale that one rarely sees, even in an age of galaxy-spanning Marvel movies. Villeneuve fills the screen with massive objects—buildings, sandworms, starships, planets, and, yes, dunes—making viewers feel their awesome weight.

The cast also does its part to keep viewers’ attention. Isaac gives Duke Leto a gravitas and depth that’s only hinted at in the novel, and Bardem’s turn as Fremen leader Stilgar effectively highlights that character’s no-nonsense manner. Momoa is entertaining as happy warrior Duncan Idaho of House Atreides, as is Ferguson as the tense but quietly powerful Lady Jessica. Zendaya is fine in her relatively brief appearances as the Fremen Chani, but she gets little to do; she’ll likely have a more substantial role in the sequel. But Chalamet, as Paul, is a bit of a disappointment. He nails the early scenes, as Paul struggles with his destiny, but he’s less convincing during the heroic bits. The actor’s laid-back manner has a definite appeal, to be sure—his performance as Laurie in 2019’s Little Women is testament to that—but he’s simply unconvincing as a prospective savior. Still, there’s so much else that’s worthwhile in this adaptation, that it can withstand a shaky Chosen One—and even some shaky source material.