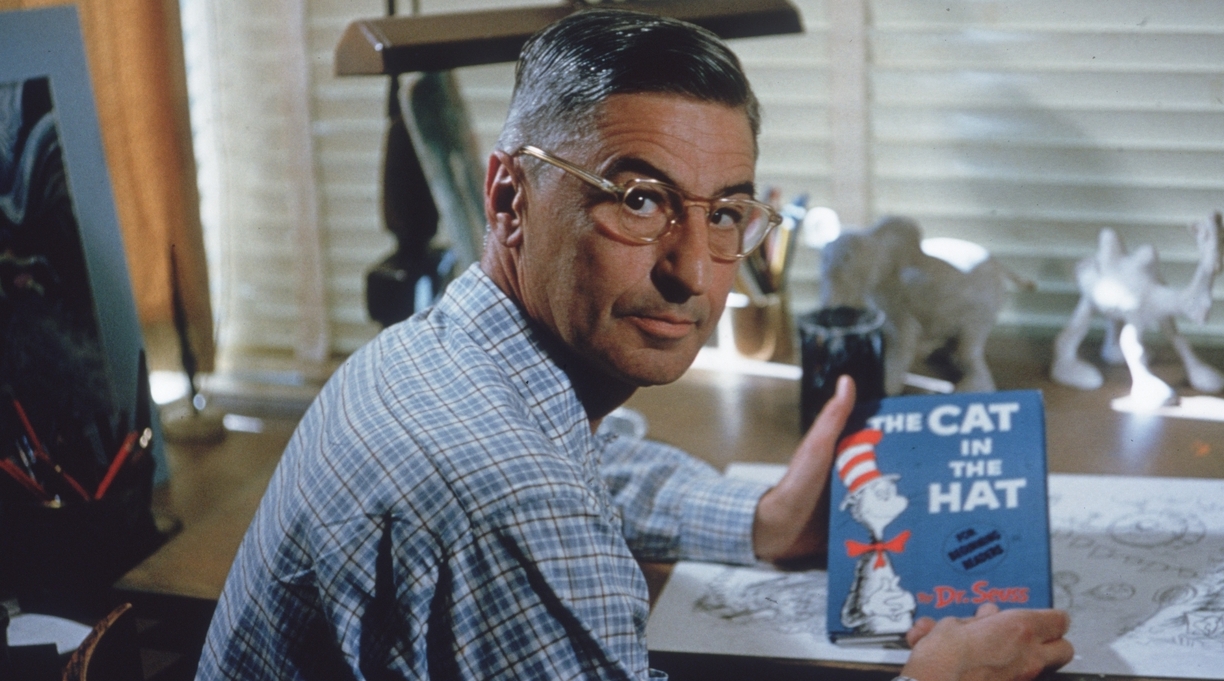 Theodor Geisel, who wrote as Dr. Seuss, in 1957. Photo by Gene Lester/Getty Images

Several books by Dr. Seuss have shot up the bestseller lists after the late author’s entertainment company announced it was pulling six of them from publication because of racist imagery.

As of Friday morning, 15 of the top 20 bestselling books on Amazon were Seuss titles, including The Cat in the Hat, Green Eggs and Ham, and Oh, the Places You’ll Go! The situation was similar at Barnes and Noble, where 16 of the retailer’s top 20 were penned by the late children’s author.

On Tuesday, Dr. Seuss Enterprises, which controls the late author’s intellectual property, announced it would cease publication of six of his books, including the popular If I Ran the Zoo and And To Think That I Saw It on Mulberry Street. The books contain illustrations that the company regarded as racially insensitive.

While many applauded the move, conservatives reacted with outrage, saying it exemplified so-called “cancel culture.”

Author James Surowiecki responded by tweeting, “The Seuss estate cancels a few of its own books. Conservatives reward it for doing so by buying other Seuss books in massive numbers. So who, exactly, is getting the karma payback here?”

The Seuss estate cancels a few of its own books. Conservatives reward it for doing so by buying other Seuss books in massive numbers.

So who, exactly, is getting the karma payback here? https://t.co/CCm6aOVXls

The Wall Street Journal reports that eBay is delisting the six books that were pulled from publication. An eBay spokesperson told the newspaper that the e-commerce website “is currently sweeping our marketplace to remove these items.”

Despite eBay’s decision, many libraries, including ones in New York and Denver, announced they would keep the discontinued Seuss books on their shelves, CBS News reports.